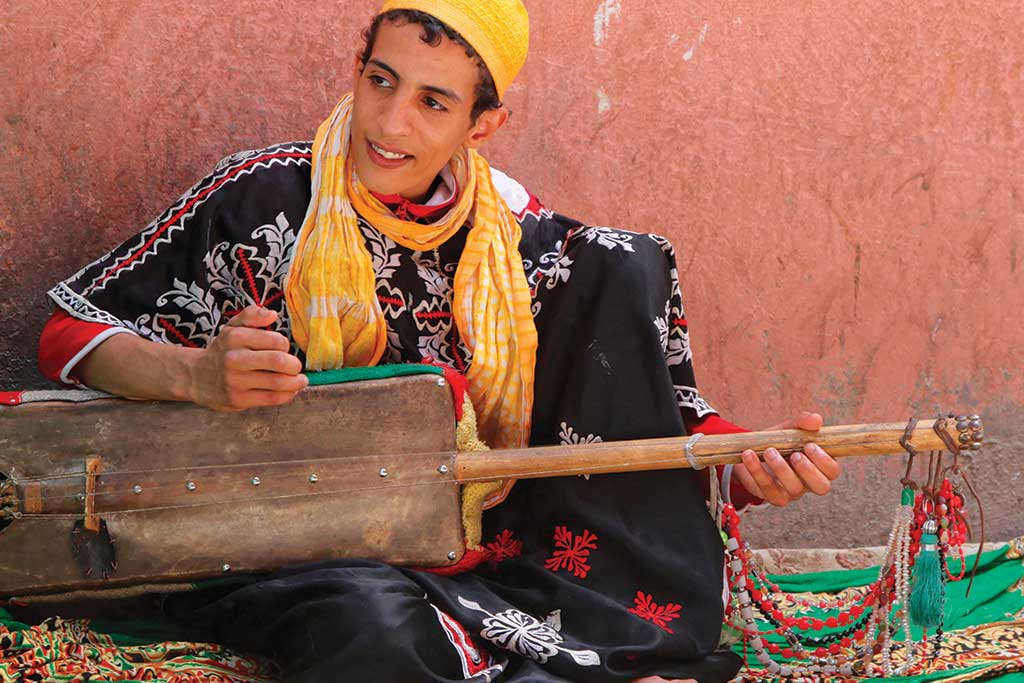 The only time I ever thought about Morocco was when Casablanca was on Turner Classic Movies or someone mentioned Bogie and Bacall, but that changed abruptly when I was offered an opportunity to participate in a leadership retreat in the High Atlas Mountains of Morocco.

The only time I ever thought about Morocco was when Casablanca was on Turner Classic Movies or someone mentioned Bogie and Bacall, but that changed abruptly when I was offered an opportunity to participate in a leadership retreat in the High Atlas Mountains of Morocco.

My journey began in Marrakech. I flew Royal Air Maroc, traveling on a fresh-off-the-assembly-line Airbus. Very new. Very big. Very full. With only 36 hours to explore Marrakech, I immediately searched out my hotel, the Riad Balkisse (4 Derb Charij Riad El Muhka, Tel: 212-5243-81998. www.riadbalkisse.com), which was admittedly not luxurious, but clean, hospitable, extraordinarily affordable, and located within Marrakech’s red-walled medina, a fortified labyrinth built by the Berbers in the 11th century. Originally intended to keep invasive marauders out, the walls can no longer contain this thriving urban center of nearly a million residents, plus many more tourists.

Marrakech is a mix of ancient and contemporary influences. A university student told me that the dominant attitude throughout the city is “open Islam,” which accepts many Western ideas about other religions, human rights, women’s rights, education, and sexuality. Residents and tourists in mini-skirts and designer jeans engage with women in veils and men in traditional fezzes. Music is a mix of world, Western, and Berber rhythms and instruments. Architecture blends ultra-modern with classic Moroccan elements like tiles, interior fountains, and lavish textiles. Outside the medina, streets are congested with cabs, scooters, and buses. Luxury hotels and over- priced restaurants are crammed along main traffic arteries along with trendy boutiques, banks, and the ubiquitous Starbucks. 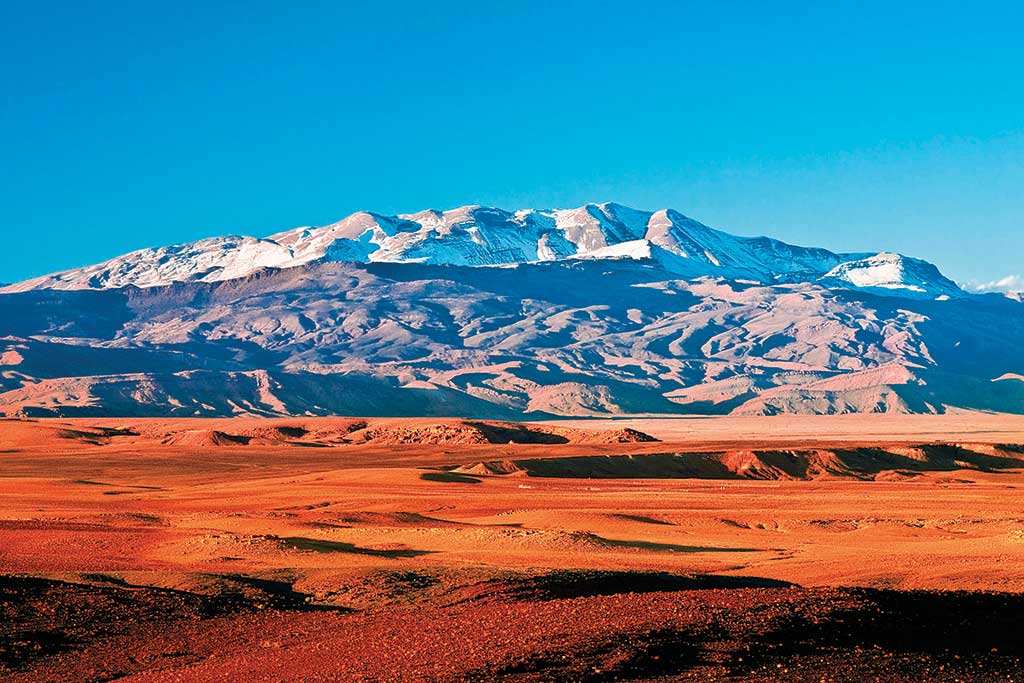 I had three things that I absolutely had to do while in Marrakech. First, to visit the Majorelle Garden and Museum of Berber Culture (Yacoub El Mansour Riad Yves Saint Laurent, Tel: 212-5243-13047. www.jardinmarjorelle.com). This meticulous 12-acre botanical garden was created in the 1920s and 1930s by French painter Jacques Majorelle (1886–1962). After falling into disrepair, the site was purchased and restored by Yves Saint Laurent and Pierre Bergé, who had a home in Marrakech. The gardens are tranquil, enhanced by verdant bamboo and palm groves, cactus gardens, and lily-covered pools. An art deco pavilion in striking cobalt blue offsets the dazzling bougainvillea. The café is an oasis of cool, as industrial fans blow cooling mist over fashionable guests who would otherwise wilt under the searing summer sun.

Minaret of the Koutoubia Mosque on Jemma el Fnaa

Second, to experience a hammam, a Moroccan-style scrub, sweat, and rub available at any almost any price, depending on your luxury standard. For Muslim women, the hammam is a weekly tradition (usually on Friday) when they gather, as girls often do at spas, for pampering and weekend preparation. My 90- minute treatment was $35 at a spa nearby my riad. Fabulous way to end a hot, sweaty day. Third, to grab a table at the Café du Grand Balcon (Jemaa El Faa. Tel: 212-5244-42193) overlooking Jemaa el Fna (the medina’s enormous square) sip sweet mint tea, and witness the sun’s brilliant progression through an orange-pink-purple palette before vanishing into the deep-blue dusk.

Every evening, as prayers end and the sti- fling heat dissipates, observant Muslims stream from the city’s mosques to converge with a river of tourists flowing into Jemaa el Fnaa. Here, the snake charmers, acrobats, musicians, and dervishes work alongside henna artists, monkey handlers, herb sellers, storytellers, food vendors, and pickpockets. North of the square is a maze of souks, all devoted to specific crafts, where it’s possible to watch an artisan at work and haggle with a merchant for the best possible price on fin- ished goods.

Goals for Marrakech realized, I returned to the airport where I rendezvoused with the five participants and two facilitators for the retreat. For eight days, I would be in an intimate and challenging relationship with four Brits, two Germans, and another American. By profession, we were business consultants, a team at one of the world’s largest e-commerce corporations, a former primary school teacher recently certified as a therapist, the founder of a global creative group, an author/leader of vision quests, and a psychotherapist/corporate leadership trainer. 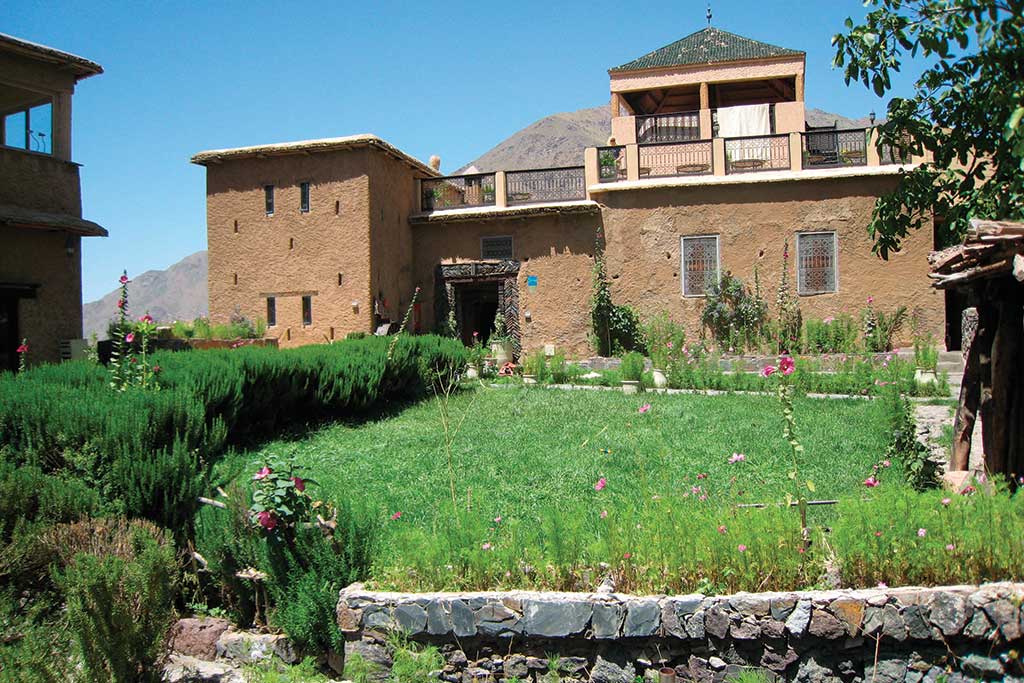 Our destination was Imlil, a village known primarily to trekkers, who stop there for supplies, pack mules, and hire guides before heading into the mountains. We lodged at the luxurious and award-winning Kasbah du Toubkal (Gite Toubkai, Tel: 212-5244-85611. www.kasbahtoubkal.com), a Berber Hospitality Center set in a location of almost unimaginable beauty. Originally the summer home of a local chief, the walled compound fell into disrepair after Morocco gained its independence from France in 1956. Now restored, it sits atop a hill and has unobstructed views of Jebel Toubkal, the highest peak in North Africa. Hospitality is the spirit of the Kasbah, which reflects the ambience and culture of the Berber people who are known for their consideration and respect for others. 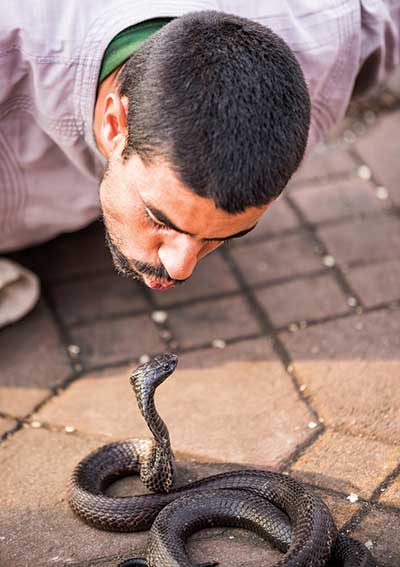 On the hottest days, light winds cool the grounds, gardens, and guest rooms, all of which have terraces overlooking the river valley. The river’s roar is ever present, as it cascades from peaks, pounds over rocks, gushes past rapids, and babbles gently through irrigation aqueducts to sustain walnut, apple, and cherry trees. The Kasbah’s serenity is interrupt- ed only by bird calls, bellowing cattle, bawling sheep, and a unique experience that became a part of our stay: daily, around 5:15 A.M., the Muslim call to prayers started at a minaret adjacent to the Kasbah. As the voice of “our muezzin” soared and echoed over the valley, seven others joined him, creating a holy din that brought us to consciousness, awake to the dawn’s beauty. Also reminding us of spirit were four sayings carved into the beams sup- porting the rooftop terrace where we took our meals, one of which reads “There are many religions but only one God.”

Because the Kasbah owners want to benefit the local community, only locally grown produce and meat were served at meals featuring olives, dried fruits and nuts, and very fresh fruit and vegetables. The kitchen turned out delicious lamb, beef, and chicken tangine, as well as couscous, yogurt, and hearty seeded bread. We ate sugar-free except for an occasional sweet mint tea.

And we worked, hard, for eight days, from nine to five and often after dinner. Titled Lead Like a River (www.leadlikeariver.com). The retreat promised physical, spiritual, and intellectual engagement, combining “ancient nature-based practices with contemporary leadership techniques.”

The curriculum was dynamic, adapting to the group’s energy. The work helped us overcome personal obstacles and long-held beliefs and moved us toward realization visions and dreams. Our leaders were experienced, wise, and united by theories of change, as well as a seasoned professional friendship.

For 20 years, Trebbe Johnson has led worldwide programs that combine mythic questing with searching for insight through nature. Eugene Johnson is a psychotherapist and CEO at ArtGym, a London-based leadership training agency, and is global recognized for corporate leadership development programs that encourage creativity and imagination. 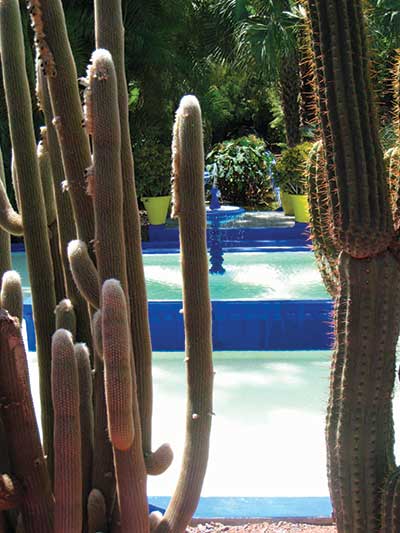 Trebbe and Eugene promised to shake us up and wake us up. And they delivered. Each day started with a communal breakfast on the Kasbah roof under a crystalline-blue mountain sky. Our classroom sessions combined creative exploration through reflection and art to reveal personal truths. Daily, we ventured from the classroom to explore the mountain, the river, and the valley as inspiration to excavate our inner lives.

We work with solo walks in nature, myth- ic patterns, archetypes, art, and storytelling so that everyone can grasp their own reality from the intuitive, creative side of the brain. We all know instinctively how to explore our personal reality from these perspectives; most of us have just gotten into the habit of thinking them irrelevant.”

Every day we were challenged. Sometimes deeper truths emerged without restraint. Often, the group pulled the individual members through fearful moments by cheering accomplishments, like an ascent to the top of a water- fall or a ten-mile trek with a blown-out knee. Always, we witnessed respectfully the revelations that were shared.

After three days in the classroom and on local hikes, day four brought us face-to-face with a very real physical challenge: a nine-mile hike to 13,000 feet where we camped for two nights under a star-filled canopy and a maturing Blue Moon. Accompanied by a nimble and knowledgeable guide and four sure-footed mules that carried our gear, we hiked for about eight hours, finally arriving at a rustic hut shared with other trekkers from around the world.

The following morning at 6 A.M., we each set forth separately on a day-long solo experience. We traveled in whatever direction that called us, and eventually each found a spot for reflection and contemplation. Dawn to dusk can be a long time, especially when fasting, but meditating, praying, writing, creating ritual, and napping diverted my attention when coffee craving and lunch fantasies threatened my serenity.

I also took time to think about Fatima, a young Muslim woman I met in Imlil when I stopped for directions at her shop. Offering a cup of tea, she engaged me in a flowing con- versation that quickly moved from the aragon soap she makes to how she overcame family and community disapproval when starting her business. She wisely observed that change is always difficult, but inspired by her education, Fatima overcame the objections of her parents and four brothers to become a business owner. Thinking about Fatima, I was moved to create a ritual honoring difference in a conflict-ridden world.

As the sun dropped and dusk approached, we straggled back to the hut, energized, excited, and hungry. We broke our fast with celebratory mint tea, followed by the most delicious dinner. We told about our adventures, like the heroes we felt ourselves to be. The following morning, we trekked out, descending 11 miles to the Kasbah for baths, dinner, and two final days of challenging work marked by tears and laughter, confusion and commitment. 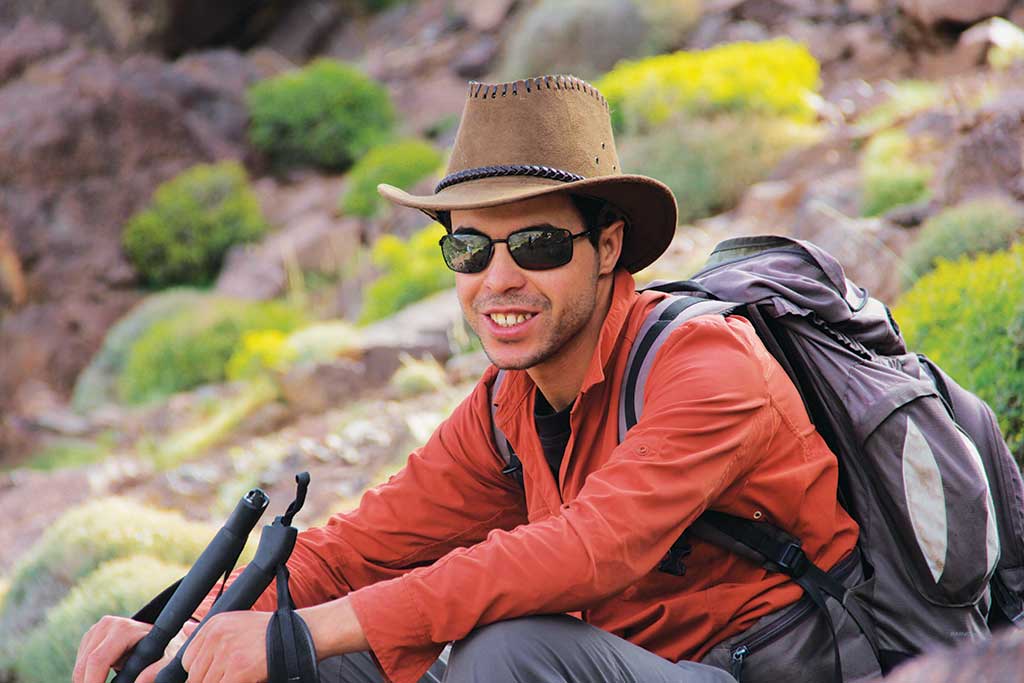 Our surefooted guide up and down the mountain

On our last night, the Kasbah staff surprised us with a special dinner of goat, which had been roasted all afternoon in a large above- ground oven, accompanied with the usual selection of locally prepared olives, olive oil and hearty bread, fresh vegetables, and fruits. After dinner, the staff donned their traditional Berber robes, grabbed bendirs, a type of hand-held frame drum, and for two hours, they sang while we whirled and twirled and spun like dervishes, wild and without limit.

Lead Like a River tested all our limits: physical, spiritual, and emotional. We quested for new knowledge in order to journey toward fulfillment. Each of us left the Kasbah with new insights and new ideas about our calling. Those calls were as unique as each participant: to relationship, to education, to disaster relief, to support immigrants, to employ technology for life betterment, and to resolve conflict. After a week of revelation and bonding, we flowed back into the world, letting life carry us toward our destination and fulfillment.

Leash Up with the Leisure Leash 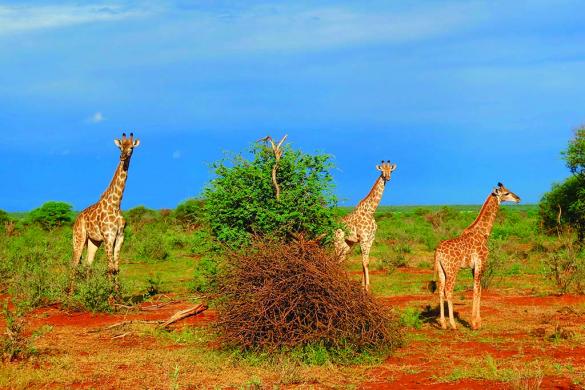 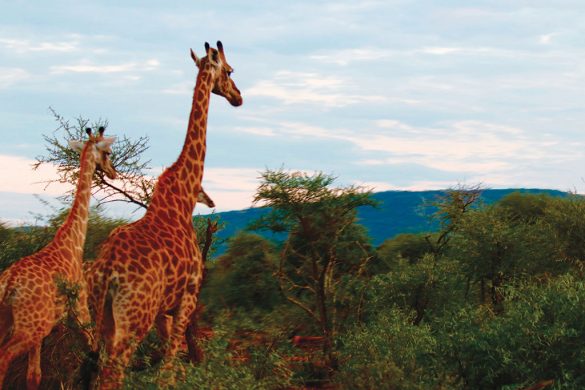 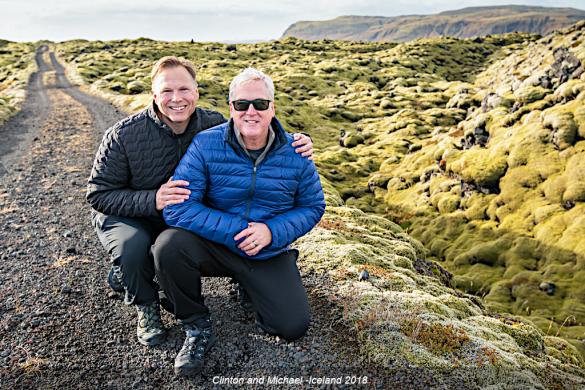 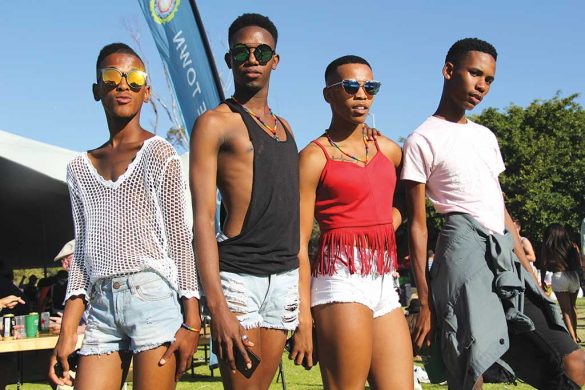 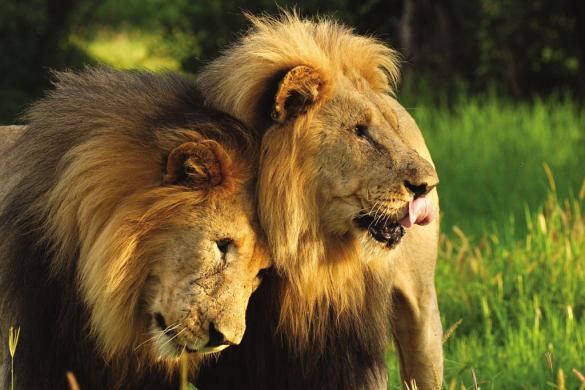 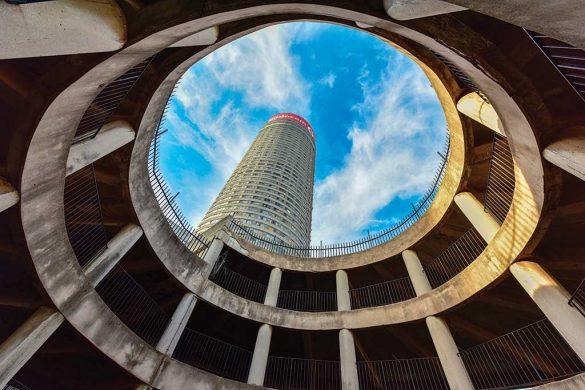 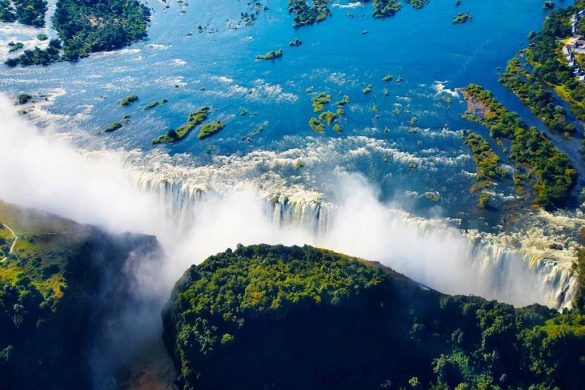