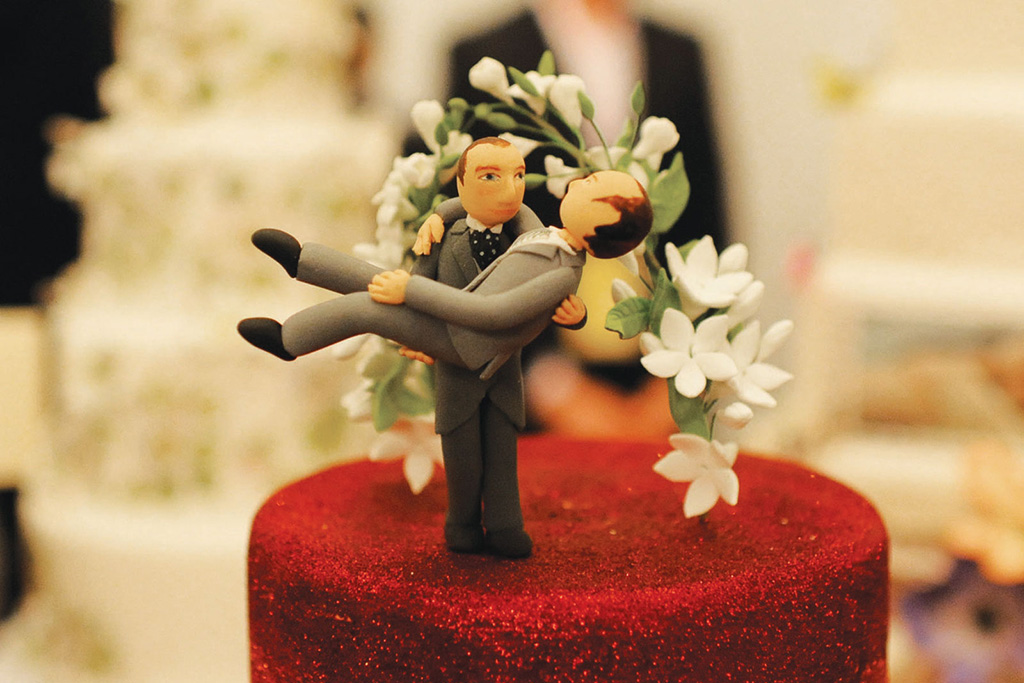 One conversation in Washington, D.C. that all political parties can agree on is that the nation’s capital is a gourmand's paradise.

Thankfully, one conversation in town that all political parties can agree on is that the nation’s capital has been transformed into a deliciously diverse draw for gourmands of all stripes.

“When I arrived here from New York in 2002, the story was fine-dining, corporate chains, and big boxes,” says Brooklyn-born Jamie Leeds, chef-owner of the highly acclaimed Hank’s Oyster Bar. “There were few home-spun eateries, and not a single neighborhood seafood restaurant.”

That was then. In the years since, Leeds and her peers have completely reinvented the culinary scene, not just at the neighborhood level, but in ways as deeply layered as Washington itself.

Championed by chefs, restaurateurs, hotels, relief organizations, and other stakeholders, it’s a culinary love fest founded on D.C. essentials such as advocacy, fundraising and community-building. Animated by passion, commitment, caring, and true esprit de cuisine, the result is positive change at the human level, both in terms of elevating the city’s gastronomic appeal—the cuisine and cocktails are sensational, attracting eager patronage from locals and visitors alike—and in the deeper vein of transforming neighborhoods while supporting and even saving lives. In D.C., food truly comforts.

Leeds is a perfect example. After starting out at New York’s Union Square Café under the tutelage of Danny Meyer, her mentor to this day, the self-taught chef helped open restaurant kitchens around the U.S. as an independent consultant.

Following another cooking stint in New York, she returned to consultancy, which brought her to D.C. in 2002. That assignment produced 15 ria at the Washington Terrace Hotel (now Doubletree Hotel Washington DC), where, as executive chef, she won raves for her American comfort food. Three years later, in May 2005, she realized her long-sought dream of running her own restaurant by opening Hank’s Oyster Bar, named after her seafood-loving father. 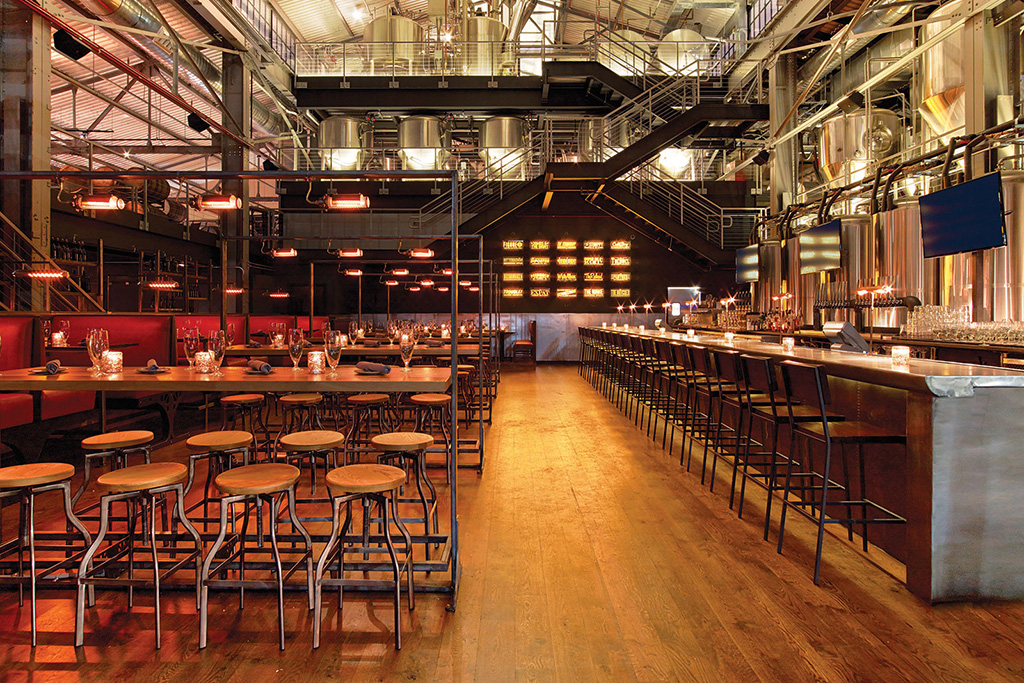 “Every big city needs an oyster bar,” related Leeds during our chat at her Dupont Circle flagship. “So I went for it, leveraging everything I had to make it work.” Her determination paid off, as Hank’s celebrates its tenth anniversary this year as one of D.C.’s most celebrated restaurants. She has since opened two more locations, on Capitol Hill and in neighboring Alexandria, Virginia. I lunched at the former—her mix of East and West Coast oysters were pearls, along with the sake oyster shooter and ceviche. It’s seafood done simply, to perfection.

Leeds credits her customers—mostly gay and lesbian in the beginning, she notes– with her success. “They gave Hank’s wings and turned it into an institution,” she says. “Humbling, too, was how the chef community welcomed me here.” Devoted mother, resolute businesswoman, and proud lesbian, she actively gives back.

“I spent four years helping promote women in the culinary industry as president of the Alexandria, Virginia.-based national organization Women Chefs & Restaurateurs,” Leeds says. “Having just joined the board of Future Harvest, an organization devoted to protecting the Chesapeake region foodshed, I am focused on even more involvement with community organizations.”

Originally from Alabama, Hagedorn came to D.C. in the mid-70s to attend Georgetown University’s School of Foreign Service. Instead of diplomacy, however, he embarked on a successful 25-year career as a chef-restaurateur, well-remembered for Trumpets, the 90s hotspot slotted behind a gay bar on 17th Street where Hagedorn won rave reviews for his creative cuisine and playful “Don’t Ask, Don’t Tell” menu. In 2005, he switched to culinary journalism, and has since become one of D.C.’s leading food writers as columnist and contributor to the Washington Post and DC Modern Luxury Magazine, and also as a cookbook author. True to his original calling, he is also a preeminent culinary ambassador and master event planner.

In 1990, he created Chef’s Best Dinner & Auction, the signature fundraiser for D.C.-based Food & Friends, which supports men, women and children living with HIV/AIDS, cancer, and other illnesses through specialized meals and nutrition counseling. The event celebrates its 25th anniversary this June, the same month Capital Pride turns 40.

In 2012, HRC approached Hagedorn to create an event in support of Maryland’s push for marriage equality. Applying his networking magic, he designed a singular program centered on personal interactions with the region’s leading chefs. “I wanted to raise the event experience to a higher level,” explained Hagedorn over lunch at Sushi Taro near Dupont Circle. “It simply had to be a kinetic, fabulous party.”

In three short years, Chefs For Equality, held each October at the Ritz-Carlton, has become the hottest ticket in town. Celebrating “Virginia Real” as one of the latest states with marriage equality, the 2014 edition featured signature elements including décor from premier D.C. area floral and event design studio Amaryllis, wedding cakes galore, 80 chef and mixology stations, great swag, and the event’s centerpiece, the personal chef tables. 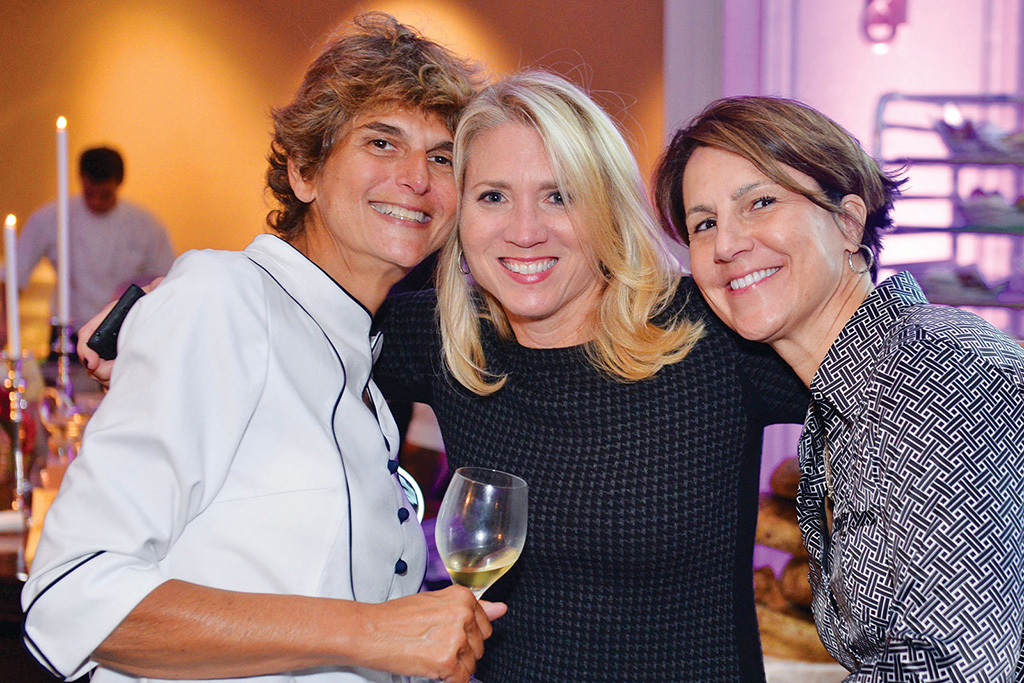 Jamie Leeds and Friends at Chefs for Equality

When Hagedorn called, the cream of the D.C. (and wider region) culinary corps answered, not by sending deputies, but in person. Sixteen of these superstars pair up, accompanied by a master sommelier, to cook a five-course dinner for eight guests at each of eight private tables. Among the duos: Leeds and Ris Lacoste, a D.C. fixture for two decades who has contributed boundlessly to the community while delighting diners at Georgetown’s 1789 Restaurant and now her fine-dining Ris, close to the Ritz-Carlton.

The piece de resistance was the 16-person table served by the powerhouse quartet of Patrick O’Connell (Virginia’s inestimable Inn at Little Washington); Eric Ziebold (Cityzen); and Frank Ruta and Fabio Trabocchi (more on them later). Rounding out the talent was preeminent D.C. baker Mark Furstenberg (Marvelous Market, Breadline, Bread Furst) and Michel Richard (his pioneering Citronelle no more, he now entertains diners at his whimsical Central bistro), providing the bread and dessert, respectively.

“D.C. is unlike any other food city,” says Hagedorn, who tied the knot with partner Michael Widomski in 2013 before Justice Ruth Bader Ginsburg. “Cosmopolitan aspects aside, this remains a small Southern town at heart, with a true spirit of hospitality and community. Doing good while eating well go hand-in-hand here.”

It was not always that way. “There is little to report about Washington,” wrote the authors of Eating in America (1976) of the city’s dining scene in the 1950s and 1960s. Helping reverse the tide of this culinary backwater was President John F. Kennedy, whose taste for fine French cuisine inspired a lasting Gallic wave. Another pivotal scene shifter was French-born Jean-Louis Palladin, who brought his Michelin-starred prowess to D.C in 1979 with Jean-Louis at the Watergate Hotel. There, he awakened D.C. to new possibilities.

Passionate about integrating local ingredients into his cooking, Palladin presided over the marriage of French and American cuisine, introducing escargot stuffed mushrooms, Coquilles Saint-Jacques, and other delicacies to the American menu.

Palladin, who passed away in 2001, generously embraced his peers. “He created a brotherhood among chefs, and truly raised the level of cuisine in America,” notes his James Beard biography. Both legacies define D.C.’s culinary community today—egos are put aside for the greater good.

Other good tidings were afoot in 1979, described by former Washington Post restaurant reviewer Phyllis Richman (author of the entertaining non-fiction books The Butter Did It, Murder on the Gravy Train and Who’s Afraid of Virginia Ham) as the year D.C. became “what is known as a Restaurant Town.”

Still, D.C. needed a push beyond steakhouses and continental cuisine. Rescue would come from other pioneers such as Roberto Donna, whose Laboratorio del Galileo and I Matti gave D.C. a bold new Italian accent in the early 1980’s, and Michel Richard, who dazzled D.C. with his internationally acclaimed, much-missed Citronelle in 1989.

Then José Andrés arrived in town, and D.C. has not been the same since. “The man is capable of anything…Keep up with him at your peril,” wrote Anthony Bourdain of Andrés when TIME named the Spaniard one of “The World’s 100 Most Influential People” in 2012. That’s no hyperbole, either. Having seen Andrés in action as an emcee, and eaten at several of his restaurants, his exuberance for food knows no bounds.

After deconstructing and then reinventing food with fellow countryman Ferran Adrià at Spain’s now shuttered El Bulli (as talk of its return continues to tantalize), Andrés landed in D.C., where in 1993, he joined local restaurant veteran Tom Wilder at Jaleo.

Like Palladin before him (who befriended Andrés in D.C. after first telling him how to fix his tortilla Española), Andrés’ introduction of Spanish small plate cuisine at Jaleo was also a first for D.C. Now with three area locations and another in Las Vegas, Jaleo, integral to the transformation of the once blighted Penn Quarter, anchors a growing empire that includes restaurants in Vegas, L.A., Miami, and Puerto Rico.

“Each one of my restaurants tells a story, bringing to life the history, art, music, and of course, the cuisines, of a culture,” says Andrés, who gained American citizenship in 2013. “It’s a truly unique way to experience, and taste, the world—and we have great fun doing it.”

In 2006, Andrés and his partners created ThinkFoodGroup, an idea lab and center for advocacy projects such as World Central Kitchen, their humanitarian organization focused on “smart solutions” to hunger and poverty worldwide. Next up for Andrés? Saving the world with fast food.

“My dream is that Washington will always be a city with a soul that’s about making change, not just in what we eat but how we eat,” he says. “As people increasingly seek good food that is quick, affordable, and accessible over traditional fast food choices, D.C. is becoming a hub for fast casual concepts that are revolutionizing the food industry.”

Naming local friends Sweet Green (organic), Chaia Tacos (farm to taco) and Cava Grill (create your own Mediterranean meal) as “pioneers in taking simple concepts to the next level and creating a new way of dining,” Andrés is taking the proverbial bull by the horns himself, or in his case, the vegetable by the stalk.

“My next concept, Beefsteak, is about showing people that vegetables are fun, sexy, exciting, and satisfying, because I do think this is the way of the future,” he says. The first quick-serve Beefsteak opened at the George Washington University campus in February; his vision is for many more. “My dream is to feed millions of people in a day with good food fast made by a chef.”