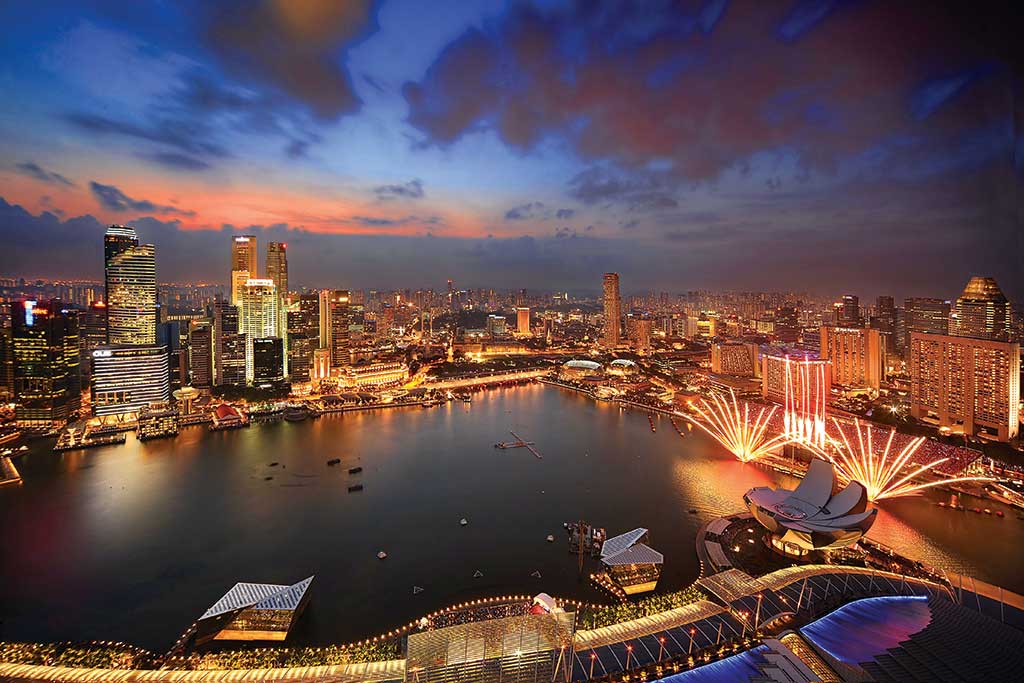 This year represented a landmark year for Singapore’s restaurant scene. 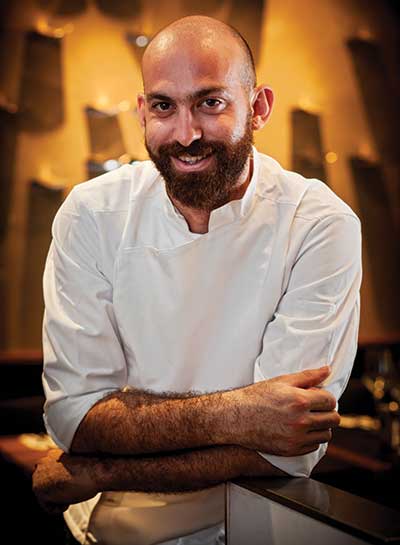 For a compact city-state encompassing just 276 square miles (slightly over half Hong Kong’s size) and a population of 5.4 million, this says a lot about Singapore’s incredible culinary and service standards, chef talent, and appreciative foodie populace. Food, you see, is a Singaporean national pastime, and there are hundreds, if not thousands, of blogs (www.rubisheatrubbishgrow.com is one of my favorites), Instagram accounts, and other dedicated social media to that end.

“There’s not a lot else to do,” one gay local joked over dinner, “so everyone here can talk about food and where they like to eat.”

Indeed, visitors need only broach the topic of where to find the best chicken rice or which new restaurant is worth its hype (or, conversely, to be avoided) for guaranteed conversation and new local friends. So to get a jump on reservations and icebreakers, here we offer up some incredible, new, and acclaimed spots trafficking in a diverse array of cuisines, from upscale and molecular takes on national classics like Singapore’s ethnic Peranakan, modern Cantonese, cuttingedge omnivore-friendly vegetarian, and, of course, cocktails.

BURNT ENDS
Ranking number 14 on Asia’s “50 Best Restaurants” list this year (the other Singapore inclusions include Les Amis, Andre, Tippling Club, Iggy’s, Wild Rocket, and Waku Ghin), this three-year-old Chinatown hotspot is literally on fire. Everything on handsome Aussie Chef David Pynt’s menus is cooked or singed with open flames and smoke from West Australian jarrah (eucalyptus tree), apple, and almond wood. Pynt is a charming fellow indeed, and watching him and his staff work, while sitting at one of the 17 counter seats, is worth any of the extra heat you may feel from the four-ton oven and flaming grills. Although menus change with seasonal produce and proteins, the signature smoked quail eggs are an absolute must appetizer, bursting in the mouth with a smoky, succulent liquid yolk. Another staple, the Sanger, is probably the best and richest pulled pork barbecue sandwich you’ll ever encounter, slathered with chipotle mayo, cheese, and slaw. Pynt’s meat selections are ultra-premium, but be sure to go heavy on the veggies, like buttered, tender leeks with hazelnuts and black truffle, while barrel-aged cocktails are supremely well-rounded and flavorful thanks to ingredients like slivered lime leaf. 20 Teck Lim Road, Tel: +65-6224-3933. www.burntends.com.sg 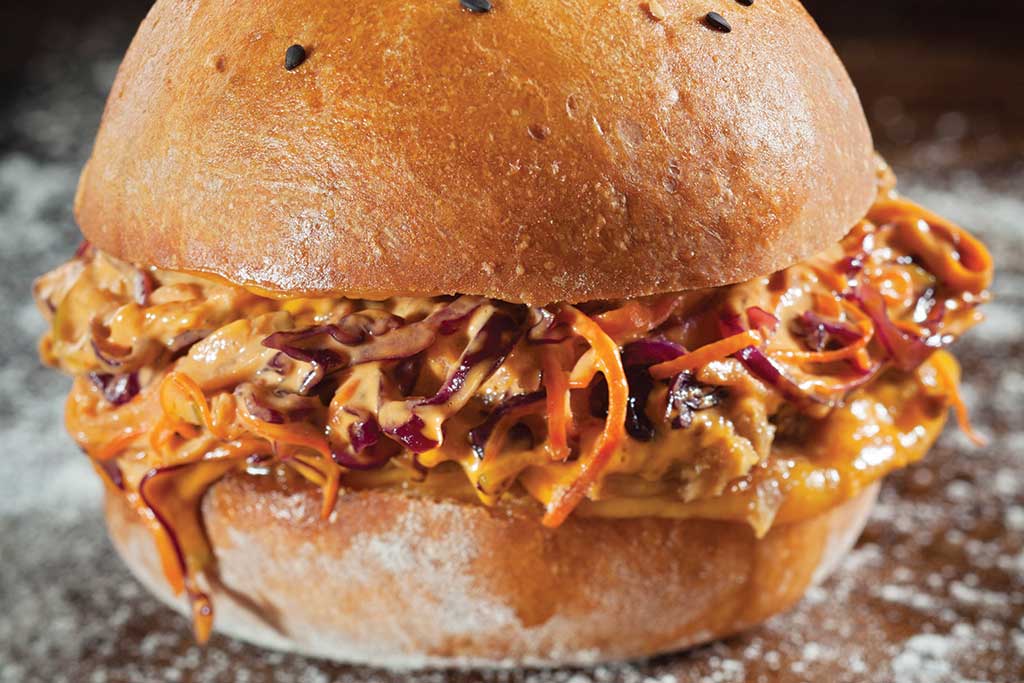 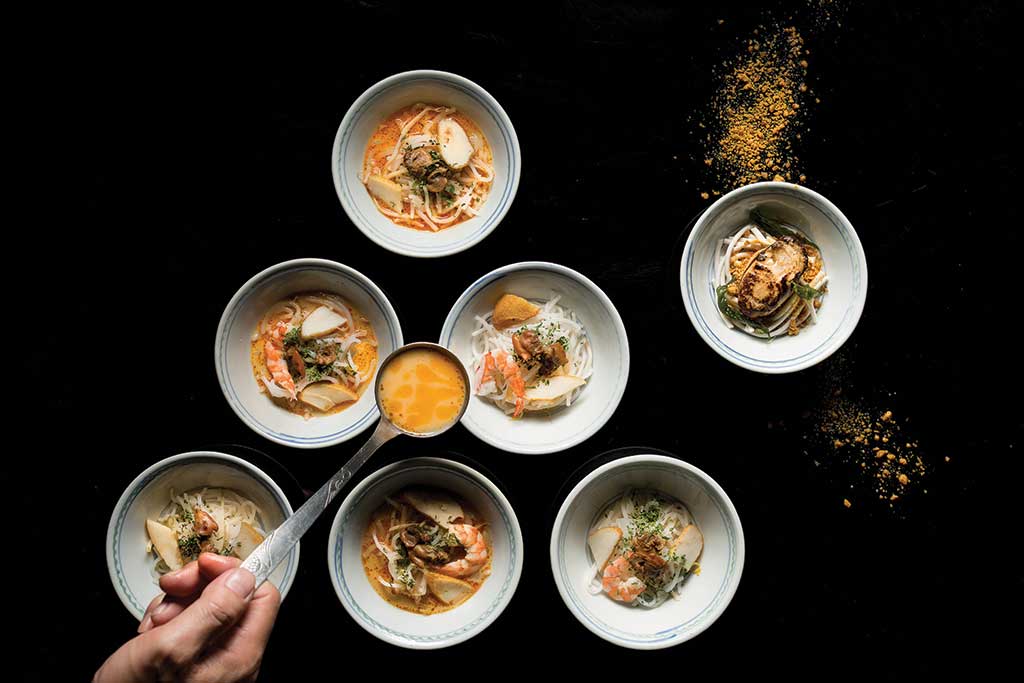 NATIONAL KITCHEN BY VIOLET OON
Last year saw the opening of Singapore’s massive, must-visit National Gallery, housed within the former Supreme Court and City Hall buildings. Featuring Southeast Asia’s most essential, exciting surveys of regional arts, both contemporary and classic, the Gallery is also home to an assortment of gorgeously designed, clamored-for restaurants like the cuttingedge, two-Michelin-star-winner Odette; one of Singapore’s hardest reservations to snag, modern-Indian Saha: and National Kitchen from Chef Violet Oon, the nation’s beloved Julia Child. An absolutely gorgeous albeit intimate space with updated Colonial elegance, here Oon does justice to ethnic Peranakan and Singaporean fare at their most elevated and sublime, plus deliciously creative New Singaporean cuisine twists on classics. Everything is made from scratch including sauces and condiments, like those accompanying her French- poached Hainanese chicken rice with English cabbage soup and garlic and pandan-infused rice, a reprised version of that served for the Queen of England’s Coronation. Other standouts include a spicy rice noodle and prawn dry laksa (“I can’t stand all that mess from the wet one,” she explained) and buah keluak pasta, combining the iconic Peranakan black nut paste with al dente Italian spaghetti. Oon, she did it again! National Gallery Singapore, 1 St Andrew’s Road, City Hall Wing, Tel: +65-9834-9935. www.violetoon.com 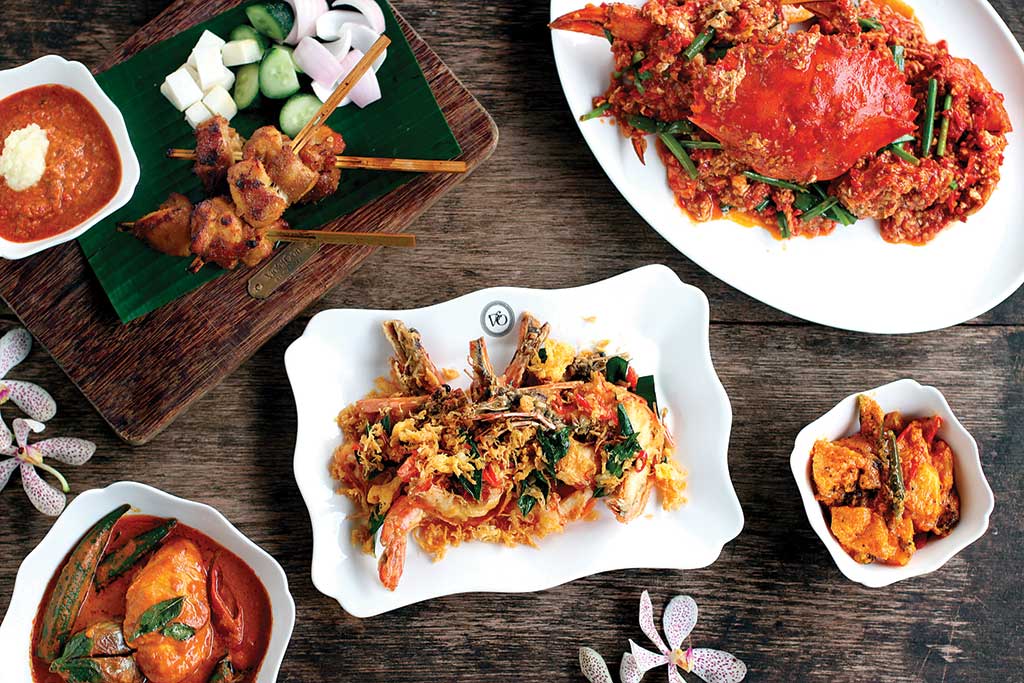 BIRD BIRD
Bjorn Shen is the Eddie Huang of Singapore. Besides having a penchant for hip-hop style, Shen shook up the Singapore scene by putting typically Asian ingredients to use in Mediterranean dishes at the six-year-old Artichoke. He authored its 2014 cookbook, shares frank stories in a Time Out Singapore column (his Facebook is wonderfully food porn-y), and in 2016 turned his focus to “ghetto style” Thai chicken and insane ice cream creations with, respectively, Bird Bird and Neh Neh Pop. Both of these originated as pop-ups, and Neh Neh Pop made its debut with a hastily improvised, intimidating yet utterly fantastic Chicken Skin ice cream (recent varieties include Baklava, green matcha with black molasses, and Milo). The 40-seat Bird Bird occupies a space in trendy Ann Siang Hill (the sign reads “Palace Of Thai Chicken”). As one would expect from Shen, Bird Bird’s menu is riddled with deliciously inventive fusion that goes way, way beyond Thai. Including: “Schwarzenegger of Somtum” papaya salad, Big Mac Fried Rice (yes, tasting exactly like a Big Mac with a major chili kick), Red Bull—glazed pork ribs, double-fried marinated chicken, and Thaitea slushies. Bjorn, please bring this to Brooklyn or Portland! 18 Ann Siang Road, #01-01. www.facebook.com/birdbirdsg

JOLE BY DOZO
There’s nothing remotely “rabbit food”ish about the inventive JapaneseEuropean vegetarian and vegan fare at this two-year-old fine dining spot atop the Orchard Central shopping center. Here, garden produce is teased and transformed into an eye-popping, six-course lunch ($29) or seven-course dinner menus ($51) that sometimes emulate fish and meat dishes, like a “sashimi” plate with faux sliced salmon, beetroot caviar, and a quail egg shooter. A sizeable, meaty Bai Ling mushroom stands in for steak, presented on a Pu Ye sizzling stone with fragrant smoke. The truffle risotto is wonderfully earthy and rich, while ravioli duo (pumpkin and spinach) is totally yummy. An assortment of beverages, some fruity and some herbal, also round out the experience. Situated within Orchard Central’s rooftop garden, the atmosphere can be quite Zen and lovely with plenty of natural light, so do request a view seat if available and take a pre- or post-meal stroll outside. 181 Orchard Road, #12-01 Orchard Central, Tel: +656838-6966. www.joierestaurant.com.sg 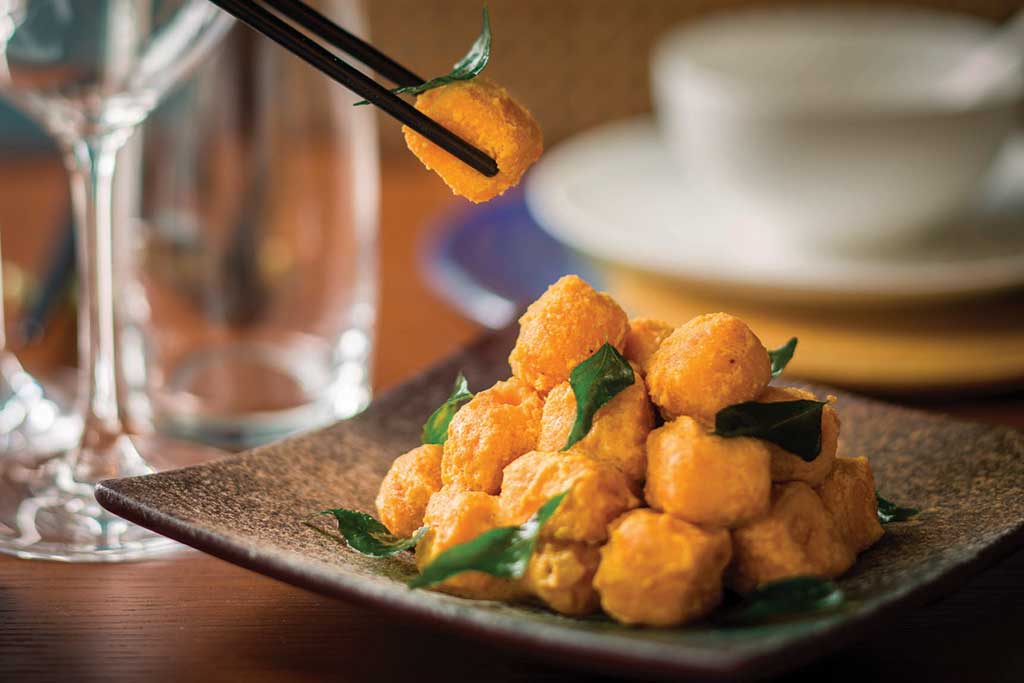 LONGPLAY
Despite high prices for liquor or beer, Singapore has seen an impressive mixology culture emerge over the past halfdecade or so. In mid-2015, LongPlay joined the ranks of outstanding speakeasies and craft cocktail spots 28 Hong Kong Street, D. Bespoke, Bitters & Love, Operation Dagger, and Bar Stories (at the latter, no menu is offered, only bespoke creations informed by customers’ preferred base booze, ingredients and mood). Here, in this long and narrow, dimly lit Haji Lane space, the theme is vinyl records and retro tunes from its 3,000-plus title library of 1950’s-1990’s discs accompany tasty beverages and Chilean Chef Jorge Valderrama’s South American fare. These days, South American cocktails also rule, like a Peruvian pisco sour, Argentinean fortificado (sweet vermouth, Aperol, Luxardo Maraschino, orange bitters), Brazilian jungle water (Chacaca Leblon, vanilla, chamomile, honey, and lime), and Venezuelan chica punch. Don’t be surprised if the crowd gets a bit rowdy, although by that we’re talking drunk singalongs to Tears For Fears and Men at Work. 4 Haji Lane/33 Arab Street, Tel: +656291-3323. www.longplay.sg 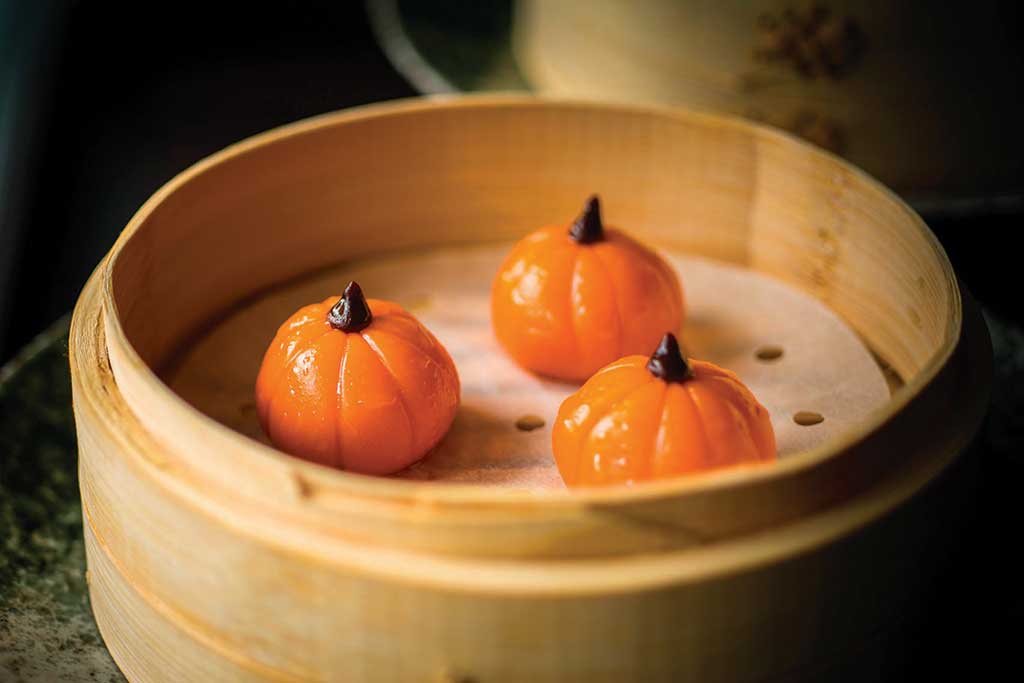 Broadway’s leading Men — Behind The Scenes 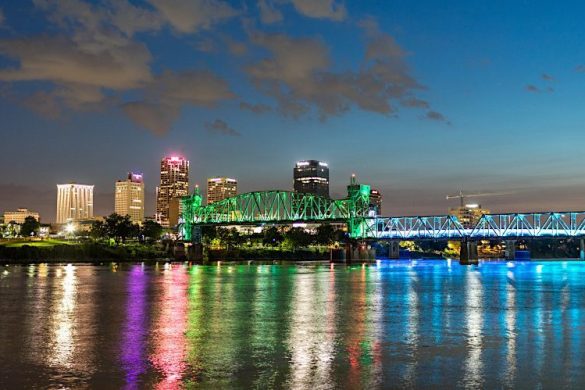 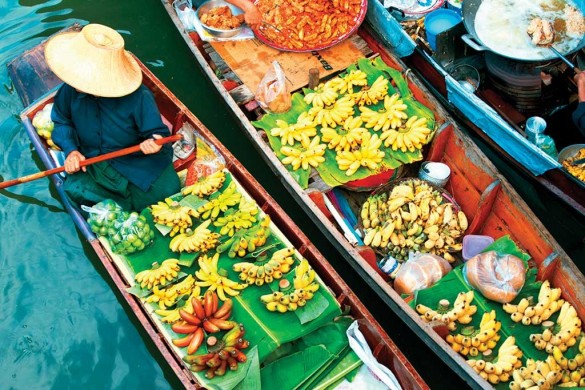 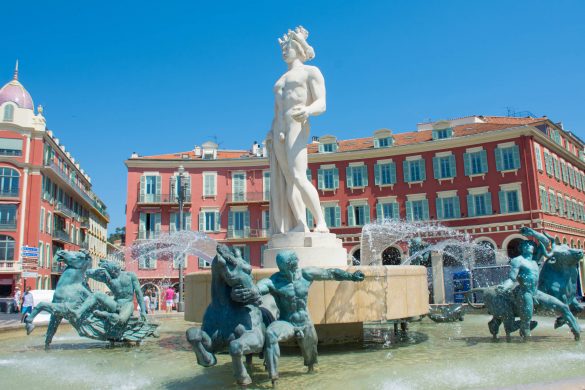 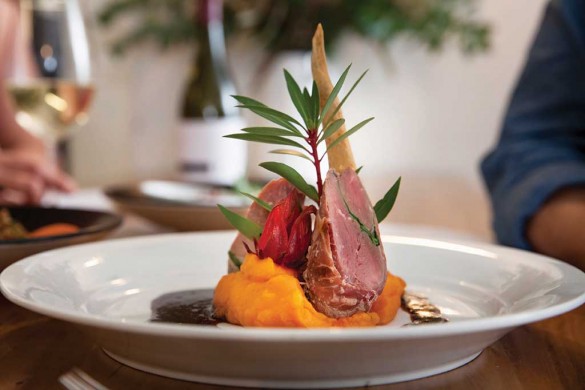 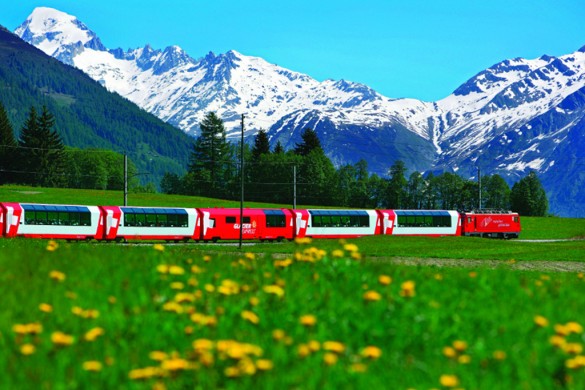