Top Posts
Wilson Cruz and Other Celebrities Speak Out for...
Decorate Like A Designer With Jonathan Adler
Future Perfect Project Giving Free Concert at Lincoln...
Pack Your Bags and Prepare to Celebrate Pride...
Visit Lauderdale Launches New Campaign to Show the...
Tom Prior: The Star of the Gay Biopic...
8 Awesome Things to Do in Canada’s Banff...
Earth Day: 5 Countries Going Green and How...
Experience The Lexus International Gay Polo Tournament
Sonoma’s Gay Wine Weekend Returns in July
Home North America The Experientialist: 10 Wonderful Attractions to Experience in Washington, DC

DC is a dynamic metropolis whose residents take pride in their green spaces, diverse dining and drinking options, a strong LGBTQ community, and ever-evolving arts and music scenes 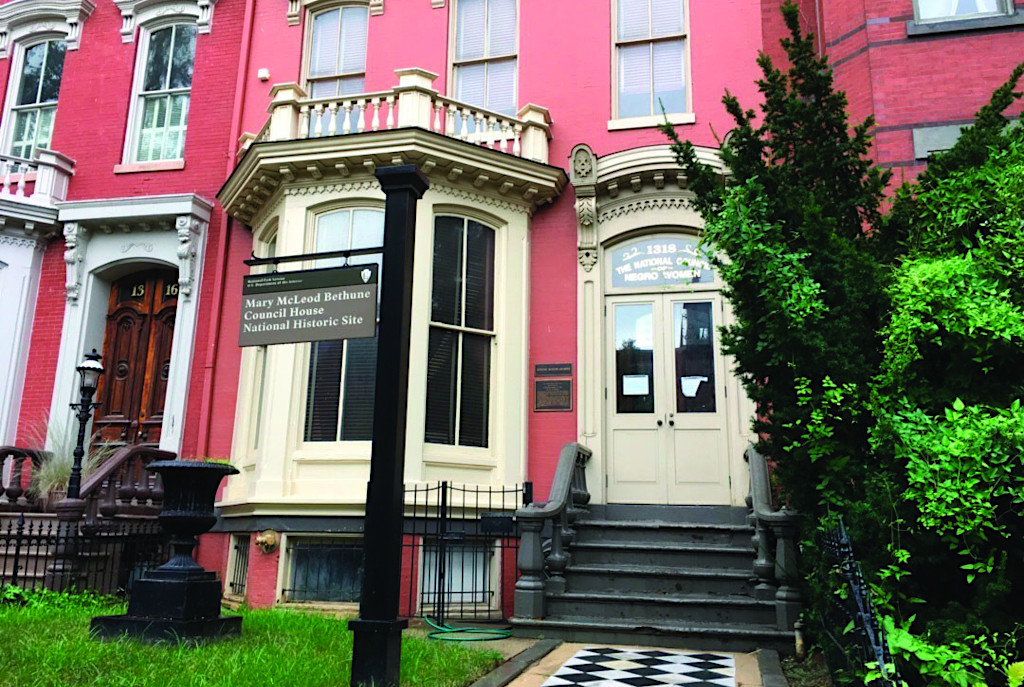 MARY MCLEOD BETHUNE COUNCIL HOUSE NATIONAL HISTORIC SITE
A short walk from the White House is the Mary McLeod Bethune Council House National Historicv Site, the first headquarters of the National Council of Negro Women (NCNW). Born in 1875, McLeod was a great American educator, stateswoman, philanthropist, humanitarian, and civil-rights activist. She established the council in 1935, and from her home just off of Logan Circle, McLeod developed ways to advance the interests of African-American women and the black community. Check their website for onsite and virtual tours, as well as archived stories and photographs about this unique national historic site. 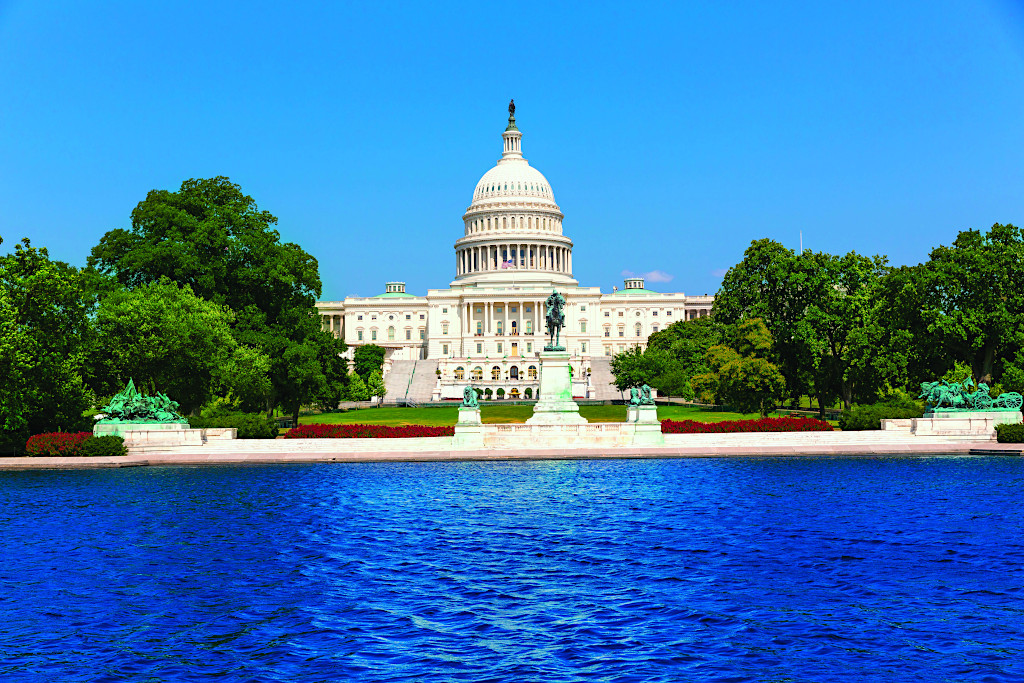 NATIONAL MALL AND MEMORIAL PARKS
Whether or not you’ve traversed the National Mall before, it seems there’s always more there to discover. Even in a difficult era, the sights of America’s domed Capitol Building to the east and the Lincoln Memorial at the west seem to radiate patriotic vibes. Across the mall’s 1,000 acres are many striking and somber sights, including the World War II Memorial and fountain, the brilliant Vietnam Veterans Memorial, and the Martin Luther King Jr. Memorial, commemorating his famous 1963 I Have a Dream speech. 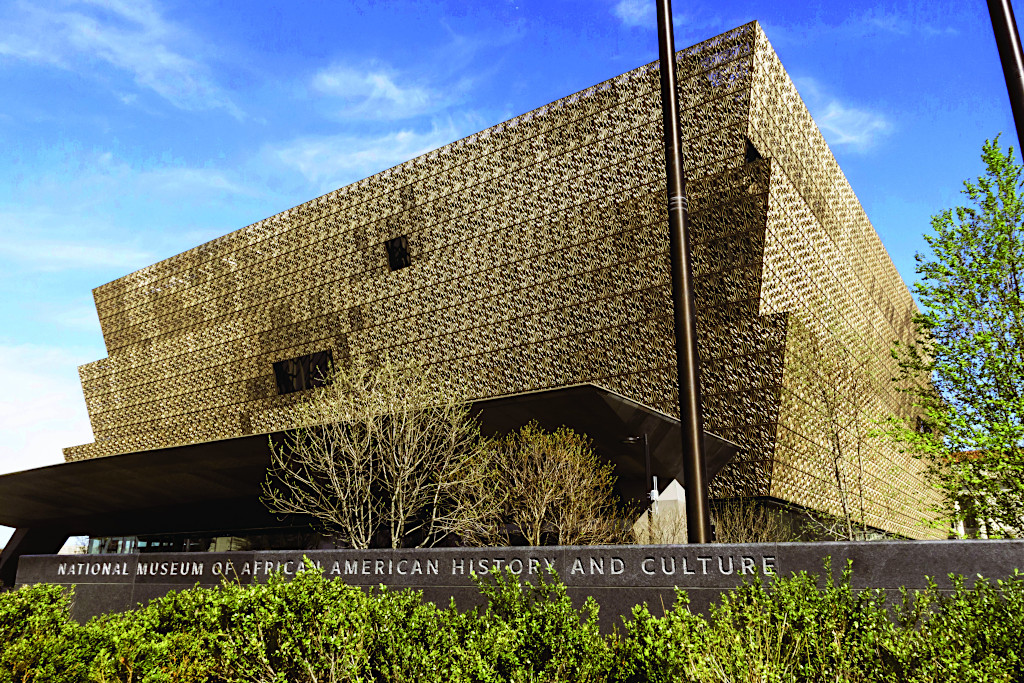 NATIONAL MUSEUM OF AFRICAN AMERICAN HISTORY AND CULTURE
One of Washington’s most powerful experiences awaits at the Smithsonian National Museum of African American History and Culture. Opened in 2016 in a ceremony led by President Obama, the museum is spectacular inside and out. Its eye-catching architecture is laden with symbolism that incorporates both African and American history. Inside, visitors can absorb its extraordinary collection of stories, artifacts, art, interactive exhibits, and more, including Harriet Tubman’s shawl and personal hymn book, Rosa Parks’s dress, a South Carolina slave cabin that was dismantled and rebuilt here, and 36,000 more incredible pieces of U.S. history. 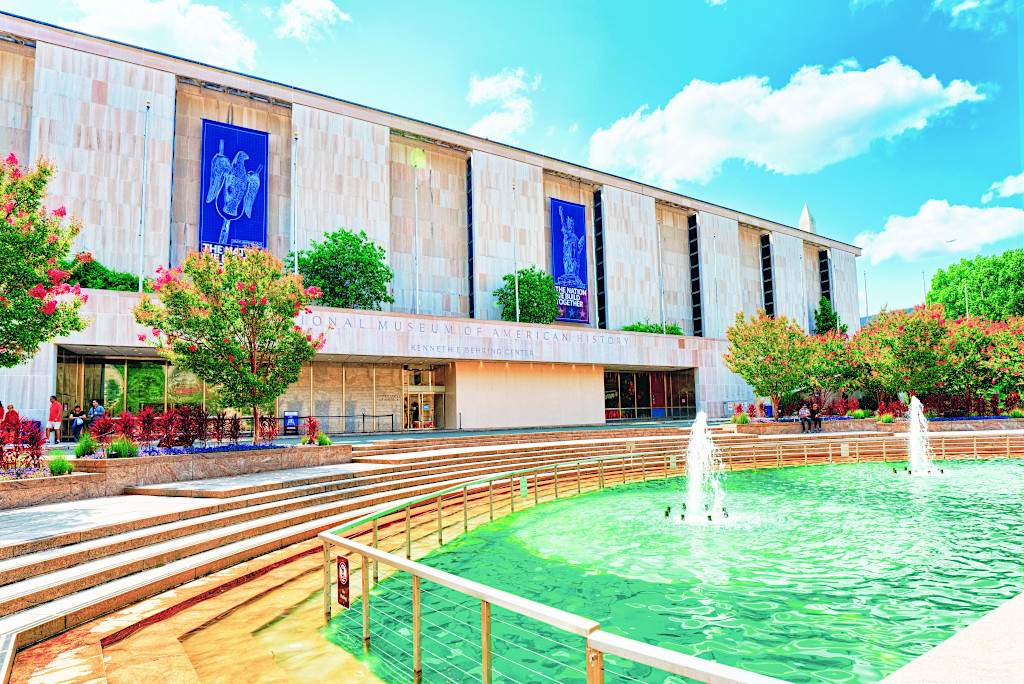 NATIONAL MUSEUM OF AMERICAN HISTORY
Several of the Smithsonian’s institutions have reopened with timed-ticket entry, including the marvelous National Museum of American History. The museum is always a favorite for its treasures that showcase the scientific, cultural, technological, and political development of the United States. Of course, the original Star-Spangled Banner is on display there, as are Dorothy’s ruby slippers, Prince’s yellow guitar, and other dazzling artifacts. In spring 2019, the special exhibit Illegal to Be You: Gay History Beyond Stonewall opened with LGBTQ-related historical gems, including original 1960s protest signs, the first transgender-pride flag, and other artifacts dating back to the 19th century. It’s on display until spring 2021 (no closing date yet announced). LGBTQ representation is also part of the Girlhood (It’s Complicated) special exhibit exploring women’s history, heroes, and social shifts, past and future. See it here, or when it tours the country through the Smithsonian Institution Traveling Exhibition Service from 2023 through 2025. 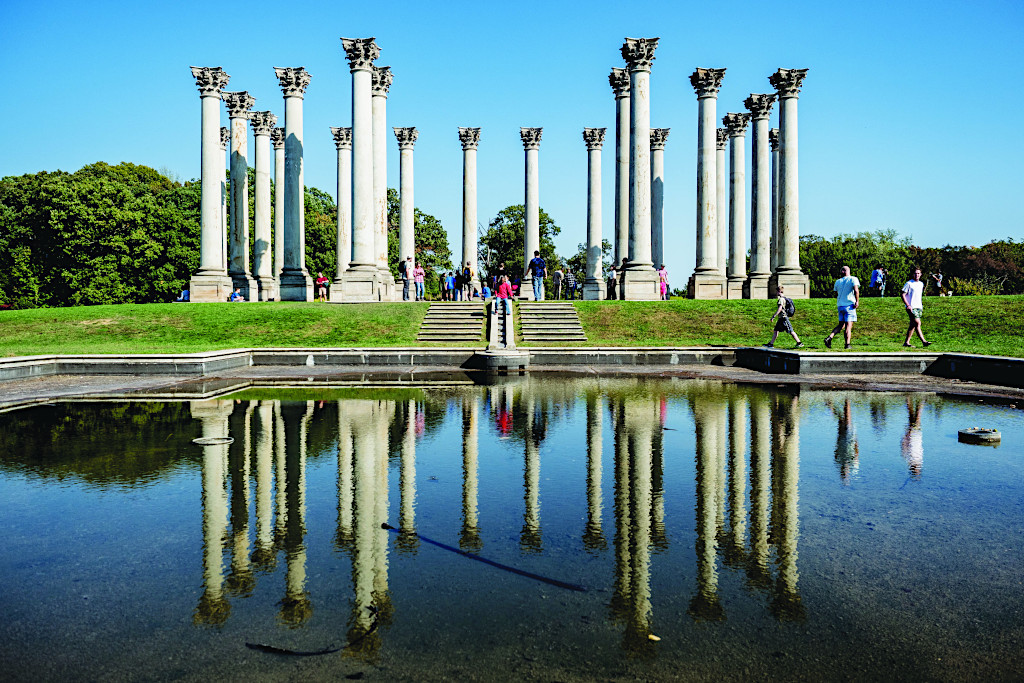 U.S. NATIONAL ARBORETUM
Located on the east side of D.C. near the Maryland border and Anacostia River is one of the city’s great unsung green spaces. The U.S. National Arboretum’s 450 acres of lush gardens showcase collections of flowers, trees, bushes, and herbs, plus the fantastic National Bonsai & Penjing Museum, with its own unique exhibits and gardens. There’s also the DC Eagle’s Nest and webcam, the National Capitol Columns that once supported the old U.S. Capitol, and a picnic area in the National Grove of State Trees.

‘Uncommonly Good’ Is the Cookbook for the Season