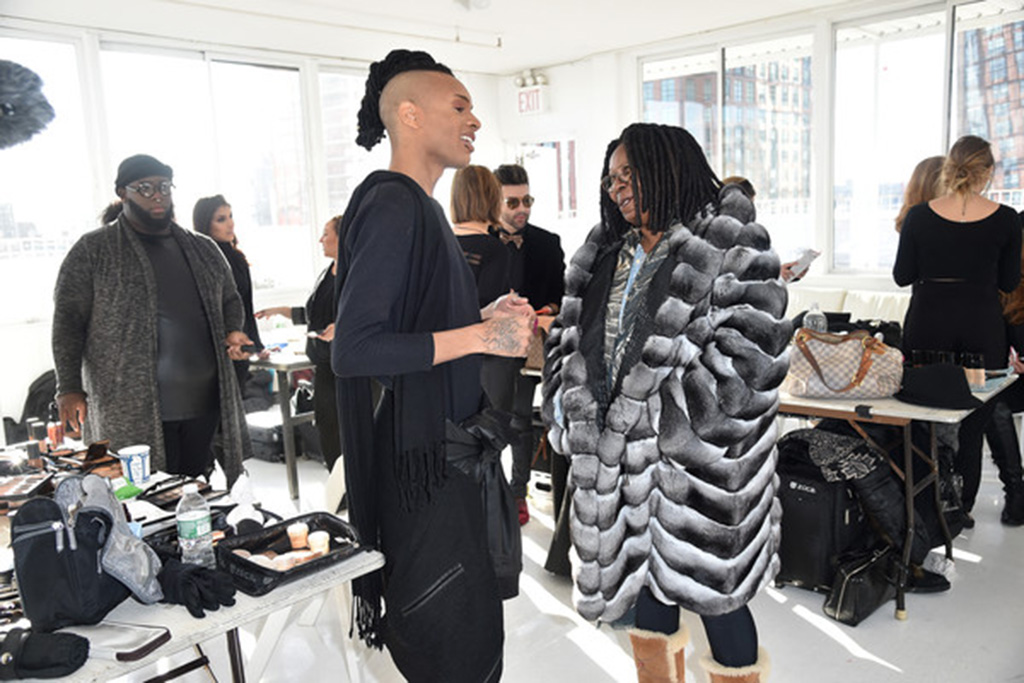 It's fair to say that Stevie Boi blew the roof off Fashion Week.

Inspired by the poly-nylon nightmare of his boyhood — his Scouts uniform — Boi designed a daring collection that defies uniformity. Pretty in pastel, models hit the runway at Studio 450 sporting the designer’s signature shades and playing up neutral tones with stilettos and soft socks, overcoats and loose frocks, and boots paired with fitted fur. “I want to challenge what people think is art or fashion,” he said after the show. 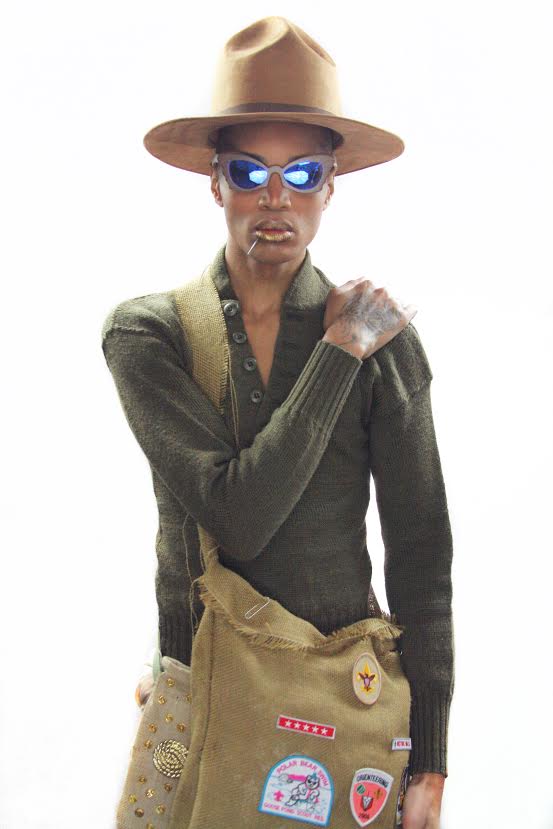 Later, I asked the 26-year-old designer about his take on fashion, runway dreams, and what inspires his bold style.

You talk about the nerve it takes to be bold in today’s world as being at the heart of your brand. How do you think your runway fashion reflects your approach to style?

My runway fashion is a great reflection of me and my beliefs — I cast models of all ethnicities, shapes, heights, and sizes to be a part of my brand, to showcase diversity and the idea of being fearless.

What does being fearless in fashion mean to you?

Being fearless means taking risks, and not fearing what others feel or think about you.

How did you get your start in fashion?

I started in 2007 by being a social butterfly via Myspace and other social media sites. Eventually I became very popular, and was getting demands from people about what I was wearing in my photos. I decided to work on designing to go with my image. It then became a job and, now, a career.

What inspires you creatively?

My environment. I like to decompress and achieve a sort of blank mind first, but also let my emotions get the best of me. When I create, I like to go into it with a sense of freedom and total control.

Your latest collection, CÄBIN, made its runway debut last month as part of New York Fashion Week. How did you find your muse in developing the new line?

When I was younger, I was a Boy Scout — which I kind of hated, due to the uncomfortable clothing. Just weeks ago, I decided to take something I hated and turn it into a positive. I want to challenge what people think is art or fashion. Just imagine this: Boy Scouts meets Girl Scouts, but for sexy adults.

Beyoncé, P Diddy, and Madonna have all been spotted in your shades. What role do stars play in fashion today?

Celebrities have always embodied and fully brought fashion to life. Without celebrities, we wouldn’t have faces and bodies to dress for red carpets. They are the biggest thing that keeps the market going.

One of your signatures on the runway is using barefoot models. This year, you debuted your first-ever shoe collection. Did adding shoes to the line up the ante on the runway? 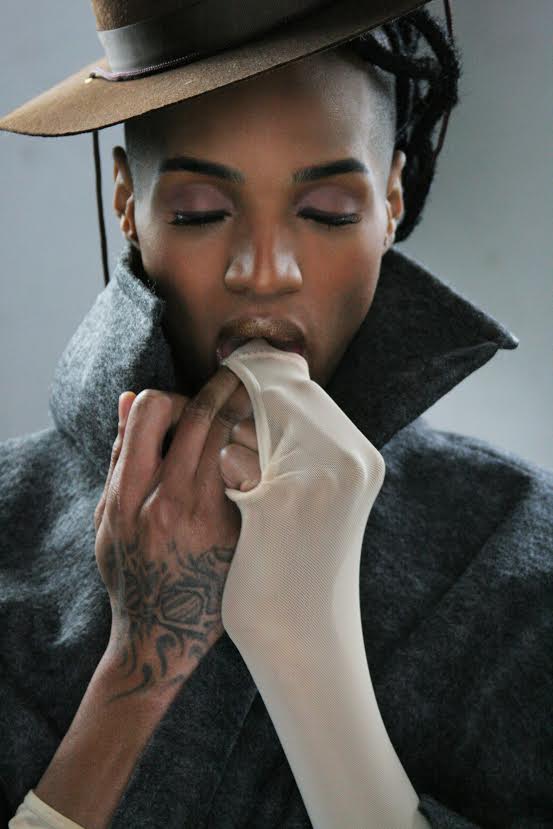 I love having barefoot models. It’s an element that is refreshing, dirty, silly, earthy, and confusing, all at the same time. But this year, I wanted to express myself with a shoe collection. It’s also another reason I didn’t have models wear shoes before, because I only wanted them to wear my own. I designed my shoes with Koio Collective, which is based out of Italy, where the shoes were made.

Seven models off of Slay Model Management, a transgender-exclusive agency, walked in your FW16 show, including Laith Ashley and Isis King. How important is promoting diversity to you?

It is extremely important. In today’s culture with politics and news, we’ve become too scared to be ourselves. I want to support every person that is ready to show who they truly are. This was not the first time transgender models have walked for me, but it is the first time it was acknowledged.

What do you enjoy doing off the clock?

Partying with my best friend Michael Antonio, who is also the photographer that shoots everything I do. He and I have a great time just sitting at the bar and creating concepts. There’s nothing better than having a friend or companion that understands your creative values and ideals.

What do you like best about living in Baltimore?

I love Baltimore because it reminds me of London, and vice versa. I grew up in Europe for most of my life, but Baltimore has my heart. I’m not originally from Maryland, but a part of my heart feels like I am.

Which international cities have you lived in, and which was your favorite?

I’ve lived in London, Paris, Milan, Amsterdam, and many cities in Germany. My favorite place is Ramestien, Germany, because it’s the only place I lived with Americans. Everywhere else I had to speak German, which was too much for me at that age.

Where is your ultimate vacation destination?

I think Dubai and also Cairo are two cities I would like to continue to visit for the rest of my life. I just headlined my last collection in Dubai this past December. The people are amazing, and the history will continue to give me inspiration.

When it comes to romance, what do you find most attractive in a man?

Kindness. I am really big on people who are kind. I don’t need a billionaire, but no shade! I would take a millionaire.

Free to Be in Fort Lauderdale: 2016 Men’s Swimwear Fashion 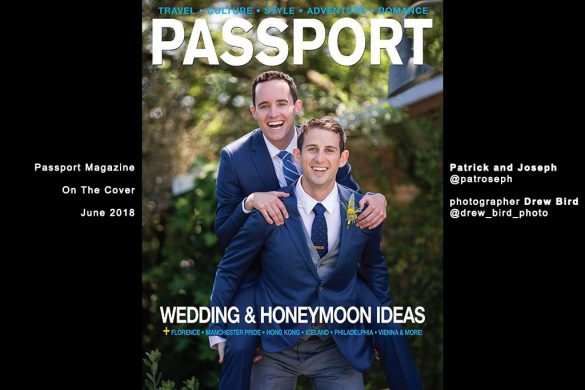 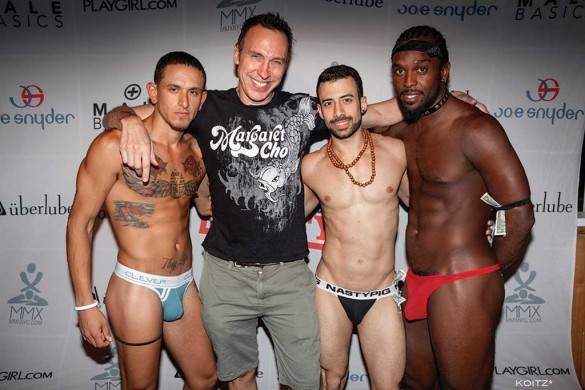