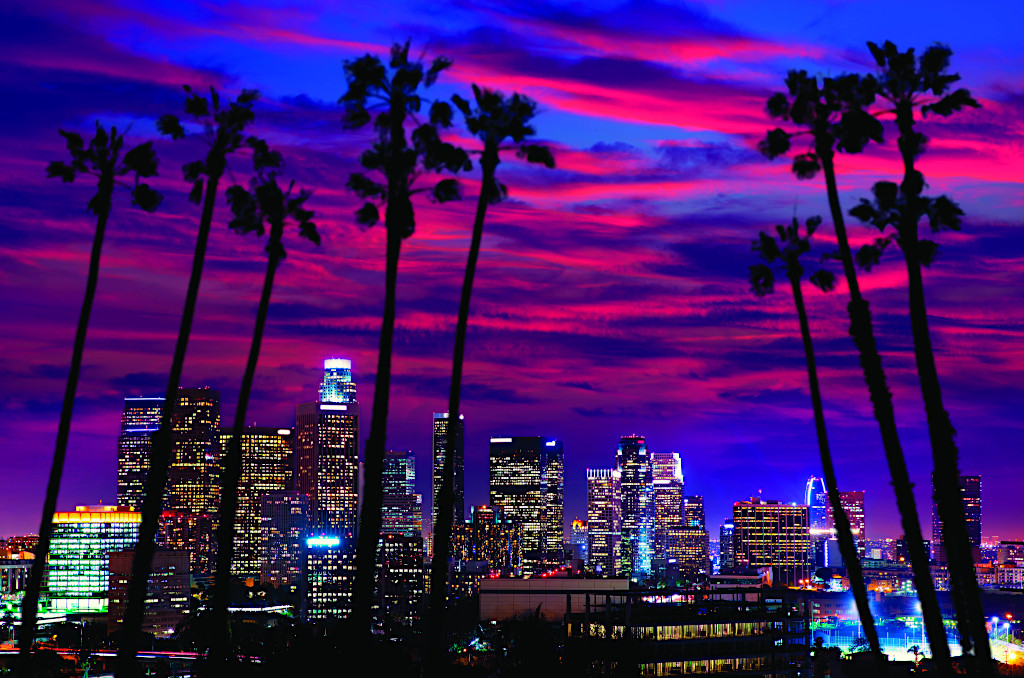 Whether in the form of hilarious standup, stunning artwork, unflappable activism, tasty cuisine, or physical and spiritual enlightenment, these five LGBTQIA individuals are leaving their fabulous mark on the City of Angels.

Los Angeles is a place that spurs creativity. It’s a diverse city where amazing people are inspiring others through their lives and the work they do. These portraits of pride and accomplishment include a queer comic who hit it big in LA, until a global pandemic forced him to stay home and write the great-American screenplay; a lesbian chef who started a pandemic popup serving Bajan cuisine; the stylist who drove around the country creating gender-affirming cuts in their “hairstream” trailer; a gay fitness guru who began hosting socially distant tantric nude yoga for gay men; and the East Side painter who put down his brush and picked up a needle and thread to save his community. Whether in the form of hilarious standup, stunning artwork, unflappable activism, tasty cuisine, or physical and spiritual enlightenment, these five LGBTQIA individuals are leaving their fabulous mark on the City of Angels.

JOEL KIM BOOSTER
Ever hear the one about the Korean-American comic who didn’t match up to the stereotypes of what white people think he should be? It goes like this: “It was very hard for me growing up because I didn’t meet a lot of cultural expectations of what an Asian person should be in this country. I’m terrible at math…I don’t know karate…my dick is huge.”

That’s a joke written by comedian Joel Kim Booster and performed on Conan where he made his late-night debut in 2016. In addition to Conan, Booster has been featured on The Late Late Show with James Corden, has his own Comedy Central Stand-Up Presents special. Plus, he previously starred on NBC’s short-lived Sunnyside, and has written for animation favorite Big Mouth and Billy on the Street. 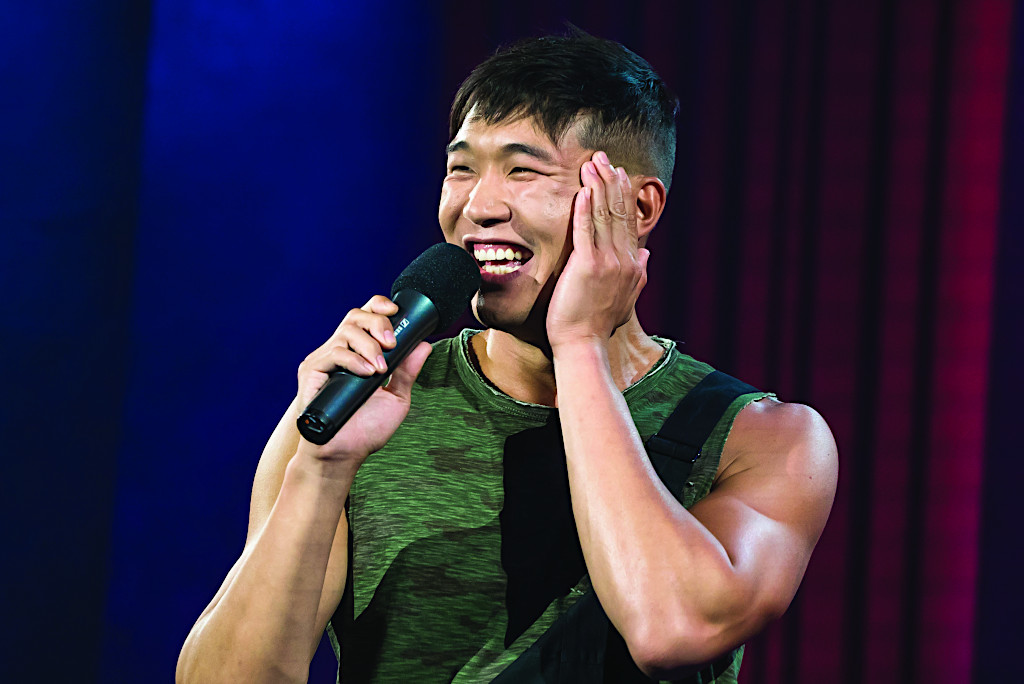 He would like you to know that after all these months of the COVID pandemic, he’s ready to get back to work. “You’re the second person I’ve talked to today,” says Booster via FaceTime and speaking from his home in Atwater Village, a charming neighborhood near the LA River. “I thrive on social stimulation and I’m not getting a lot of that. I’m doing the Zoom [comedy] shows, but it’s not what I do, it’s not what any of us do.”

In normal times, what comics do is stand in front of live audiences and test the strength of a joke and its delivery, listen for audience reaction and hone it over and over again until there’s enough good material to string together into a larger set like a Netflix or Comedy Central special. If you’re an Angeleno, you could see Booster riffing with crowds and creating new material at showcases all over town, that is until COVID hit. “It’s really hard for me right now,” he says. “My sets are a dialogue with the audience, to not be able to have that is pretty rough for me.”

Booster, 32, was born in Korea, adopted by a conservative Jewish family, and raised in the Chicagoland suburbs. The family did not trade barbs around the dinner table. “Was my family funny? I would say an unequivocal no, and I don’t think they would be offended if I said that either,” he says. “They were not people who would consider themselves laugh riots.” But there was laughter. Booster grew up on Madeline Kahn, The Three Stooges, Looney Tunes and The Red Green Show, and that helped him become “the funny kid” in school.

Stand-up comedy wasn’t initially the plan. After attending college at Millikin University, Booster tried his hand at acting in Chicago where there weren’t a lot of Asian parts. Comic Beth Stelling encouraged him to try his hand at stand-up as a way to develop his voice. It was good advice. Booster is a natural who exudes radiance, ease, and cunning wit onstage. Take this joke: “My dad did have two sons, and they both turned out gay, so I don’t think there’s a clearer sign from God that he’s done with this bloodline.”

Booster moved from Chicago to New York where he further fine-tuned his stage presence by hitting the open-mic circuit hard and began landing writing gigs. In 2018 he relocated to Los Angeles to write for Comedy Central. “It was December and I was sitting by a pool. I was like, I think I’m ready.” In LA, the best place to see Booster live is at The Cure, a monthly show in which he and cohost Brendan Scannell (Bonding, Heathers) play therapists of sorts. “We like to chat, we like to be meddlers, we like to get in other people’s business and that’s basically how we came up with that,” he says. The show rotates venues, but two things are constant: Booster and Scannell are infinitely watchable and the houses are always packed.

But that was then. Like the rest of us, Booster is at home and trying to keep busy with writing gigs, performing comedy via Zoom shows and writing the great American screenplay. During non-COVID times his dream version of the city includes hitting up underground club nights like Ostbahnhof and Manifest, volunteering at nonprofits like SEE-LA and KTown for All, and drinking with his pals at artsy queer bar Akbar. But until then, “I feel like lying face down on my fucking couch and closing my eyes until the vaccine is out.” 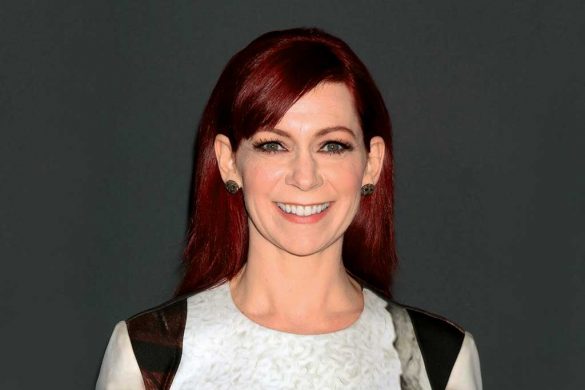 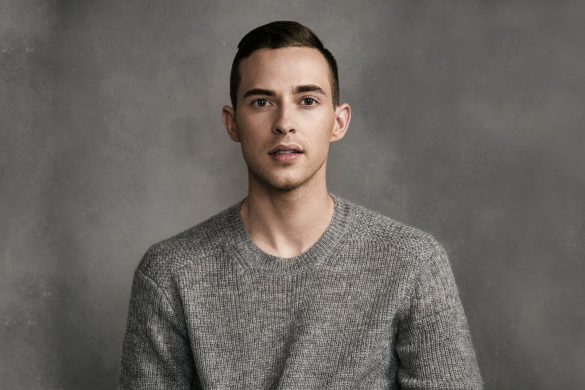 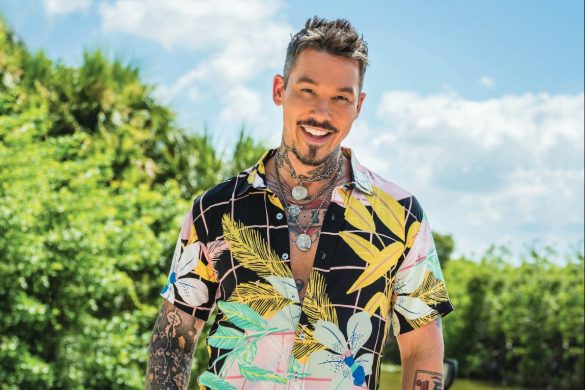 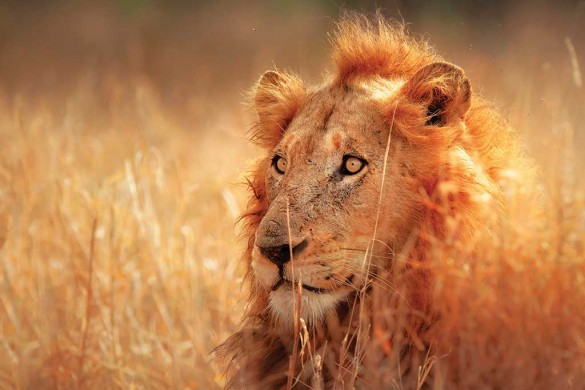 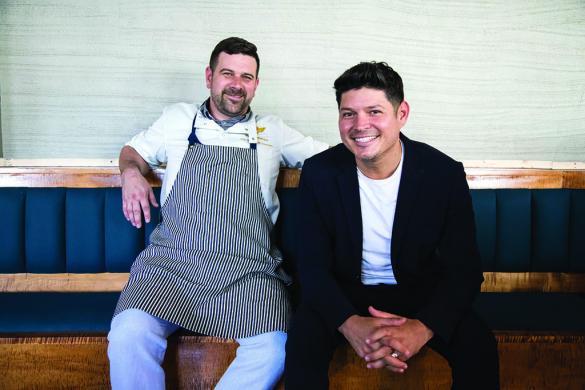