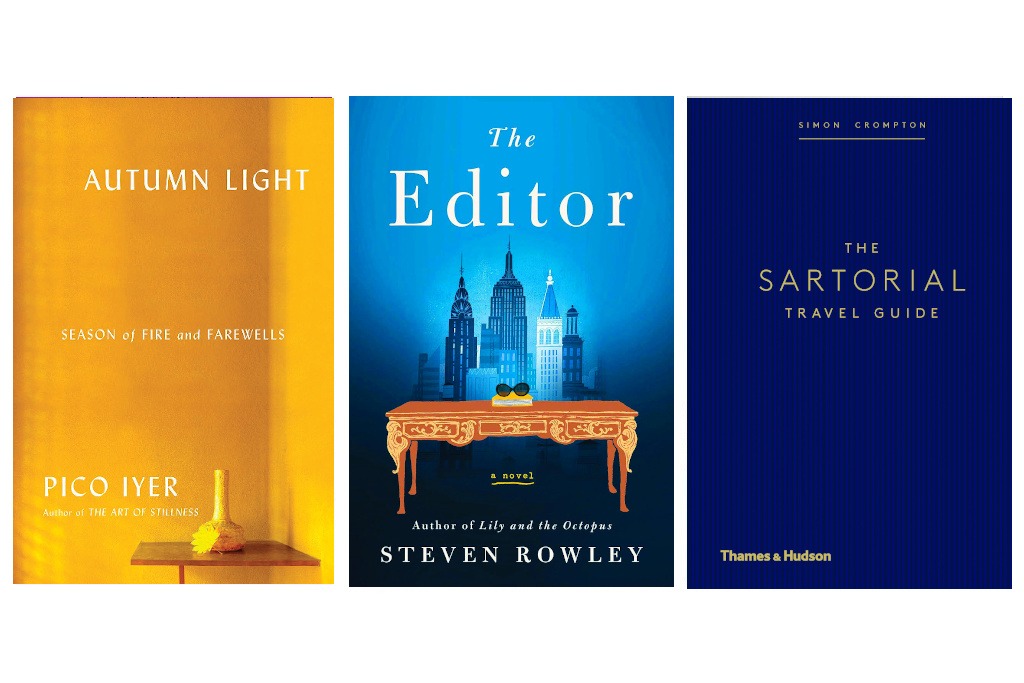 Our Favorites for Summer Travel 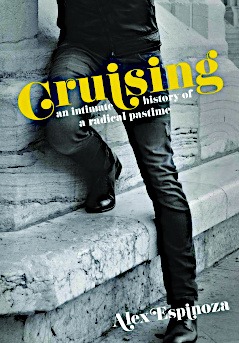 Cruising: An Intimate History of a Radical Pastime
Cruising: An Intimate History of a Radical Pastime by Alex Espinoza (Unnamed Press, $21.99. www.alexespinosa.com) finds the Mexican-American author weaving strands of memoir, essay, and social history into this slightly sentimental and utterly non-judgemental reflection on the lust- and fear-filled frisson of no-strings gay hookups before the digital age. “There was this thing that happened between me and the stranger,” he remembers, from age 15, “…I had crossed a threshold and before me now was a world of secret exchanges, of fleeting acts of intimacy…where I was noticed, where I could perform, where I was needed.” Espinoza deftly places his personal stories amidst taut, well-researched musings on Oscar Wilde, George Michael, Uganda, Russia, Grindr, and the hanky code, connecting gay men across eras. He revels and regrets over centuries of clandestine encounters that mixed bravery and shame, communion and solitude, urgency and patience. He considers old school cruising as a political action, a form of self-empowerment, and most provocatively of all, as a lost art. 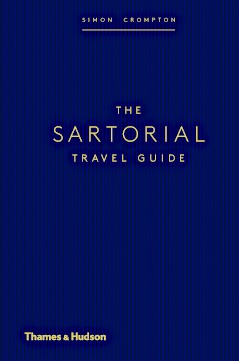 The Sartorial Travel Guide
British fashion journalist Simon Crompton shouts a rousing “giddy-up” to globetrotting clotheshorses with The Sartorial Travel Guide (Thames & Hudson. $29.95. www.simoncrompton.co.uk), a superbly curated introduction to the signature men’s styles of ten fashion capitals from Melbourne to Milan. Tailors, shoemakers, and haberdashers are singled out in mini-profiles along with listings
of their addresses and contact information. From bespoke suits in Stockholm to artisanal umbrellas in Naples, this photo and map-packed volume takes shopping and craftsmanship seriously and offers strong arguments for the value, and pleasure, of supporting independent creators. 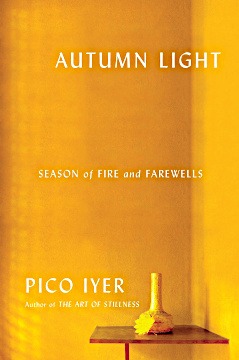 Autumn Light: Season of Fire and Farewells
“We cherish things, Japan has always known, precisely because they cannot last; it’s their frailty that adds sweetness to their beauty.” So observes the prolific and insightful travel writer and novelist Pico Iyer in his latest nonfiction work, a keenly observed meditation on loss and learning in the wake of his Japanese father-in-law’s death. Autumn Light: Season of Fire and Farewells (Knopf. $25.95. www.picoiyer.com) is, in a strange way, akin to Marie Kondo’s famous book: its about the life changing magic of tidying up on an emotional level, using rituals to help process feelings, acknowledge gratitude and move on. The biggest difference is that Iyer is a hell of a good writer, not a woowoo self-help guru. The finely etched, sometimes dryly humorous impressions he presents of the serene-surfaced, superstition-filled way of life in a small Kyoto suburb are unfailingly charming. His is a travelers’ simultaneously piercing and distractible eye, one moment lingering on the fiery red leaves of the autumn maples, the next bouncing along with a ping-pong ball as he does paddle battle with a crew of local old men. American vacation travel to Japan is currently experiencing a major boom; Autumn Light offers far more nuanced insights on the country’s contemporary day-to-day culture than you’re likely to find in any guidebook. 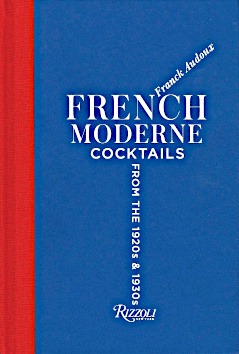 French Moderne Cocktails
“Is not the cocktail related to the French aperitif? Are not the best cocktails made with the best French liqueurs? Should the word not be spelled coquetel?” Seriously? Coquetel vs cocktail?! Those are fighting words for sure. But Franck Audoux, co-proprietor of Paris’ Michelin-starred Le Chateaubriand restaurant has a point, if not an outright victory. In his slender, handsome new book, French Moderne Cocktails (Rizzoli, $24.95, www.rizzoliusa.com), he explores the significant evolution and refinement of mixed drinks in France, a development significantly tied to the parallel phenomena of expat American intellectuals and Prohibition. While bathtub gin and shots of rotgut whiskey were taking the spotlight stateside, the development of craft cocktails continued apace in Paris, where the likes of the Kozack (chartreuse, peppermint liqueur and a champagne float), the Lucien Gaudin (gin, vermouth, Cointreau, Campari), named in honor of a champion fencer, and the Boulevardier (cognac, Dubonnet, Dolin bitters) featured highly complex flavors, built around highly promoted French-made brands. At-home mixology also became a major trend in France during the 1920s and 1930s with cocktail hour replacing afternoon teatime for ladies of leisure, and sales of fancy glassware, tiny silver garnish forks and the like booming at the grand department stores. The book, which owes much of its appeal to designer Cléo Charuet, is a precise, cocktail-like assembly of ingredients, balancing Audoux’s brief texts and 60 recipes with galleries of vintage advertisements and period photographs. 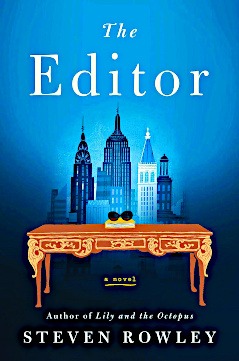 Three summers ago, Steven Rowley’s debut novel Lily and The Octopus took a whimsical dive into the depths of a gay man’s funny, touching relationship with his beloved pet dog. Wagging the tail of this year’s beach reading season, Rowley is back with the somewhat fluffier but nonetheless engaging story of a gay man’s funny, touching relationship with Jackie O. Rowley
has audaciously conflated his own biography with the queen of Camelot’s in The Editor (Putnam. $27. www.stevenrowley.com). The story’s protagonist, James, a struggling gay author, has written a semi-autobiographical novel about his strained relationship with his mother, which attracts interest from a major New York publishing house. His editor there is the alternately intimidating and embracing American legend and their dynamic (he’s eager to please, she pushes him hard) has parallels with his life and work. When Jackie presses James to rethink the ending of his book within the book, The Editor takes its own surprising turns. Its a bit too cutely meta, but you won’t stop turning the pages to learn what resolutions are reached. And throughout, Rowley’s portrait of a famous lady (and gay icon) is a believably imagined delight.