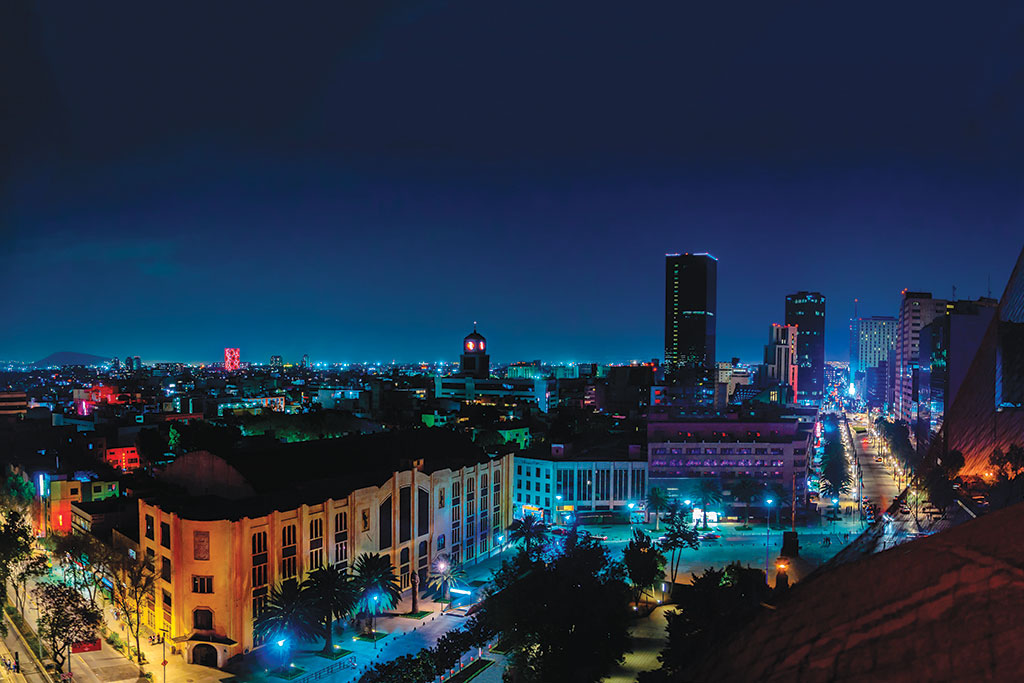 Separating Polanco from arguably the coolest colonias (Roma and Condesa) is one of the largest urban parks in the world, Chalpultepec. We stroll through the lush surroundings, complete with lakes, team sports, and sculpture. Also located in the park is the Museum of Anthropology that houses the most extensive collection of pre-Columbian artifacts (many discovered recently). The park also has one of artist Diego Rivera’s finest pieces of public work called “Agua, el Origen de la Vida,” where people spend hours analyzing this masterpiece celebrating the importance of water in the city.

Condesa and Roma embody Mexico City’s place as a trendsetting capital. Once known for its cheap rents, they’ve become the go-to neighborhoods for Mexico’s younger, hipper, more fashionable crowd. Even if you’re not in the market for purchasing designer duds and interior design pieces, it’s a fun afternoon to watch the stylish residents walk among the remaining baroque architecture. Design shops are sprinkled throughout the districts with unique pieces that are distinctly Mexican. Casa Condesa is two floors of brilliant art pieces, furniture, and knick-knacks that are sure to inspire. Throw a stone and you may hit another design shop, some of my favorites are: Piezas Unicas, La Valise, Mint & Lime, Atelier Central, and Homie. You can wander the array of stores along Michoacán, Vicente Suárez, Amsterdam, and Tamaulipas, but you can also handpick awesome shops thanks to CDMX’s map called Guía CHMX that highlights independent boutiques. 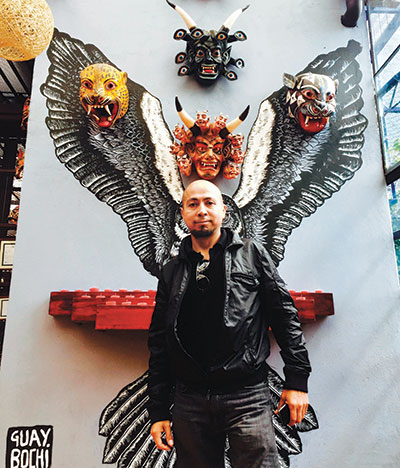 Nearby too, is the city’s only LGBT bookshop. But to call El Armario Abierto a bookstore is to cheapen what Rinna Riesenfeld and Luis Perelman have done for the local community. They are committed to offering all the tools necessary for people to better understand sexuality and sexual health. They offer courses, conferences, talks, and events for LGBT people, they’ve appeared numerous times on television educating the public on LGBT issues, and they are constantly working with the government concerning these matters.

For the men, Roma has a sizeable amount of boutiques (unusual in many cities). Goodbye Folks sells tailored made-in-Mexico clothing, which isn’t easy to come by; Lucky Bastard offers edgier, younger street wear; and Lemur has hard-to-find pieces and a selection of wild print shirts that you’ll see many of the boys wearing. The height of hipsterdom can be found at Dr. York, where you may not know what the store is even selling. Part museum, part bakery, and part shop that sells artisan and unique eyewear and sunglasses.

Also becoming popular are “mini-malls” in which more than one independently owned store shares a space. Two of note include Córdoba 25 and Casa Quimera. Córdoba 25 looks like a residential building but it includes some stores, including Apt. 25 that has one- of-a-kind pieces that your friends back at home will either love or think you’re insane for buying, a bookstore, artist workspaces, and an art gallery. Casa Quimera is less underground, but includes shops and a restaurant.

You can easily see why this has become the neighborhood. After draining my bank account, I relax with yet another coffee and a small bite to eat at an incredible brand-new bookstore (bookstores are still very popular in Mexico) called La Increible Libreria. Here, you can find a hand- curated-by-a-publisher selection of 5,000 titles.

For those looking to stay in the area, Hotel Parque Mexico is a boutique hotel that pays homage to local Mexican artists with fanciful decorations, bright colors, and, most of all, fun. The boutique hotel scene in Mexico City is still growing, but Hotel Parque gets it right with master- fully decorated modern rooms and a helpful staff. You can also head up to the roof deck to take in the street art and grab a cocktail. 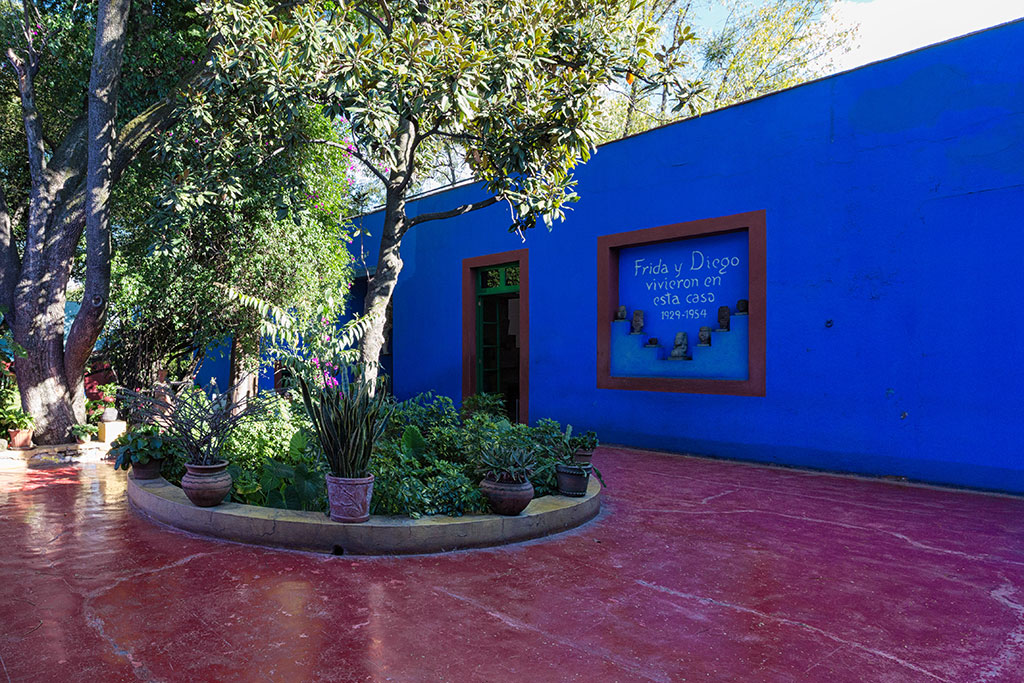 Expressing interest in the booming art scene in Mexico City, Antonio arranges a meeting with one of his good friends Miguel Bolivar. We sit down in one of the trendiest bars in the city, Xaman, which is a darkly lit spot in colonia Juarez. Exotic plants are lit up in terrariums, there are hidden nooks, and hipster bartenders serving classic cocktails with Mexican ingredients.

Over a couple of drinks, Bolivar tells me about his latest art project that will be included in a show this very evening. The project asked artists “what will you take with you on your last trip?” Bolivar then created a suitcase and filled it with beautiful objects that reflect both his life and memories. The exhibit at Museo de Arte Popular featured over 100 suitcases, the museum also features one of Bolivar’s alebrije. Moving from a town in the north of Mexico to studying in Paris, Bolivar finds Mexico City to be one of the largest creative hubs in the world, with a supporting and welcoming arts community. Saying that in some ways, Paris was closed in comparison to the arts freedom he experiences here.

Mexico City has been a center for forward-thinking intellectuals and artists for over a century, and from this prolific nation, one queer revolutionary stands out for most visitors to the city—Frida Kahlo. It’s here that the artist was born, got into her life-changing trolley accident, fought and loved with Diego Rivera, climbed the pyramids with Noam Chomsky, and ultimately died. First-time visitors should visit Frida Kahlo Museum, her birth and death place, where you can see her and Rivera’s personal affects, some art, and her deathbed and ashes. I particularly enjoy an exhibit currently on view that showcases her iconic clothing. The museum received permission, just a few years ago, to open her closet. From her painted medical braces and her different size shoes to her makeup, it’s haunting and inspiring. The crowds here are massive, and pre-purchasing tickets is recommended, but you’ll still have to wait in lines that stretch around the bright-blue walls. 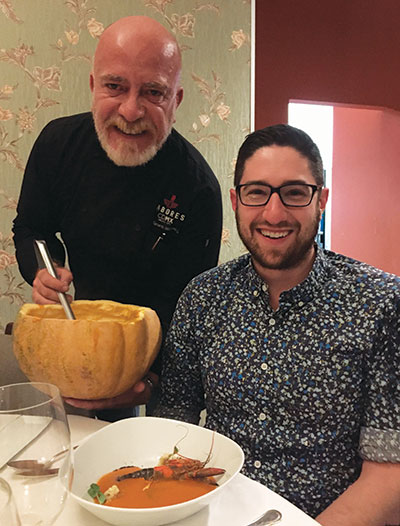 For those looking for a more relaxed Frida experience, visit Museo Estudio Diego Rivera y Frida Kahlo. The iconic two homes, connect- ed by a bridge is where Diego and Frida worked on some of their most celebrated pieces; it is also where the two had some of their biggest fights. Besides admiring the house, created by Architect Juan O’Gorman, the interior shows off the couple’s investment in pre-Hispanic works of art.

As a huge fan of Diego Rivera’s murals, and recently seeing his masterpiece in the Detroit Museum of Art, I beg Antonio for a quick trip to the National Palace located a few minutes’ walk from the city’s main square Zócalo. With no line, this stop seems to be undiscovered by the tourist hoards, but it is a bit off putting when you see the armed guards. Inside the manicured grounds, the main building features Rivera’s lifechanging “México en la historia, perspectiva: El campesino oprimido” that depicts the history of Mexico City. The surrounding balcony has a series of historical panels, and as with all of Rivera’s murals it’s best if you have a guide to walk you through the symbolism.

One of Mexico City’s biggest advantages is the mild temperature throughout the year. Take advantage and dine outside at Azul Histórico, located on the ground floor of a 17th-century palace that is now filled with independent shops and a design hotel. At the helm of this dining experience is celebrated cookbook Author and Chef Ricardo Muñoz Zurita. Our meal begins with a shot of, no joke, chicken-breast mezcal served in a carved jicara shell. We catch the tail end of the season for chiles en nogada (stuffed chiles poblanos in walnut sauce, and it’s a vibrant tribute to the two seasonal ingredients: pomegranate and walnuts. Naturally, if it’s available on a menu it’s a must-order. These spicy peppers are filled with a fruity picadillo and drizzled with a cake-batter-thick layer of walnut sauce and sprinkled with pomegranate seeds. When we’re finished, we head upstairs to the shops, and sample some of the local chocolates from Que Bo!

On my final night, I meet up with Saúl and his friends who are taking me to a “celebration of corn” dinner at a Mexico City institution called Nicos. I’m lucky enough to sit at a table with the founder of the restaurant María Elena Lugo Zermeño and her son, Gerardo Vázquez Lugo, who is the current chef. Maria Elena happily recants the founding of the restaurant with her husband, the late Raymundo. The dinner on this special night is a celebration of seasonal ingredients, and the family has invited up-and-coming chefs to create their own unique takes on corns. “You’ll be surprised to know how many different types of corn there are in Mexico,” openly gay Chef Vázquez Lugo jokes with me. He also talks about the emergence of more traditional Mexican cuisines and the renewed appreciation in local ingredients and traditional styles of cooking. He tells me this as we sample pork jowl that’s been cooked for over a day and tastes like butter. At the end of the evening, the restaurant turns into an all-out party, as bottles of mezcal are poured, wild stories are shared, and new friends are made.

“Come with us Joe,” a magazine editor and her gay best friend say to me at the end of the dinner. “We’ve got an invite to a special place tonight in the ciudad.” We arrive at a taqueria on a quiet street. “Is this it?” I ask looking at a small chalkboard with street food listed on it. Then, suddenly, the soda machine next to the sign opens, and a woman steps out purse first in sky-high heels. Behind her, a well-dressed young man is holding her hand. “Come this way guys,” the lady behind the counter says, and we’re brought through a secret door. Inside, it’s a dark, packed bar with adorable bartenders who are happy to help you choose the perfect drink, and trendy people enjoying artisanal cocktails. The bar, called Hanky Panky, is so exclusive you’re asked not to share the address (ask your concierge to see if he or she can get you an invite).

As I stroll home through the colonias, I pass the bars that are spilling out with the beats of laughter and glasses clinking. A lost skeleton wobbles with his last Tecate. I slow my pace, because with each step I take closer to my hotel, the closer I am to closing my eyes and returning home. I sit outside at a small café, and I look across the street and peer up at the Angel, lit up like a Christmas tree. A phrase is written on the stucco wall of a kebab shop: “Espero alegre la salida, y espero no volver jamás” (“I hope the exit is joyful. And I hope never to return”). These were Kahlo’s final written words. But as I look around at this city so alive, I just know I’ll return.

The Heart and Soul Of Mexico City was last modified: February 27th, 2017 by millawynn 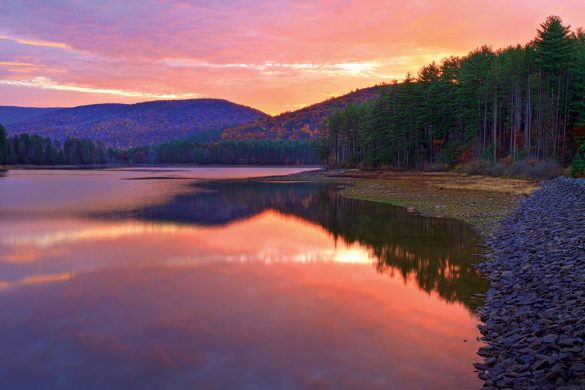 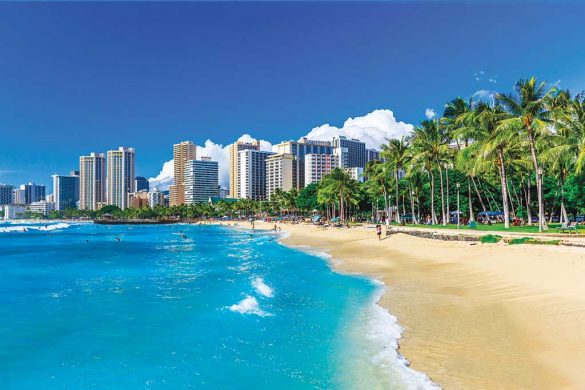 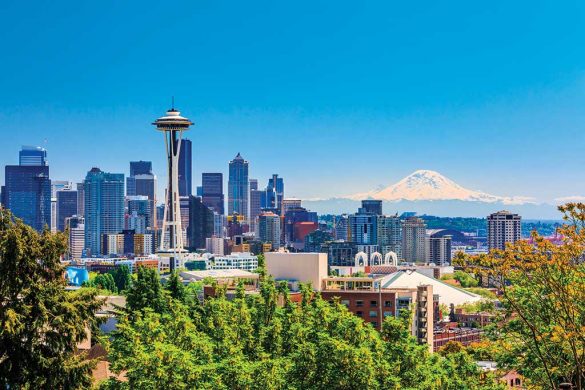 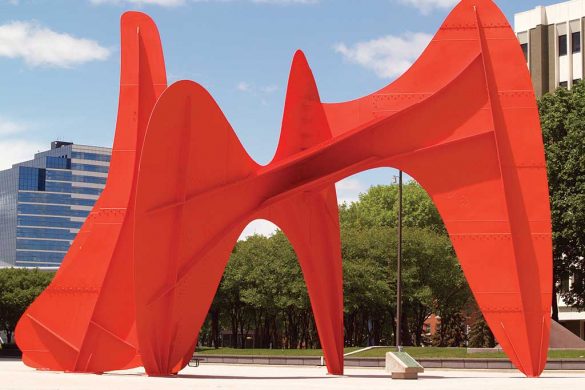