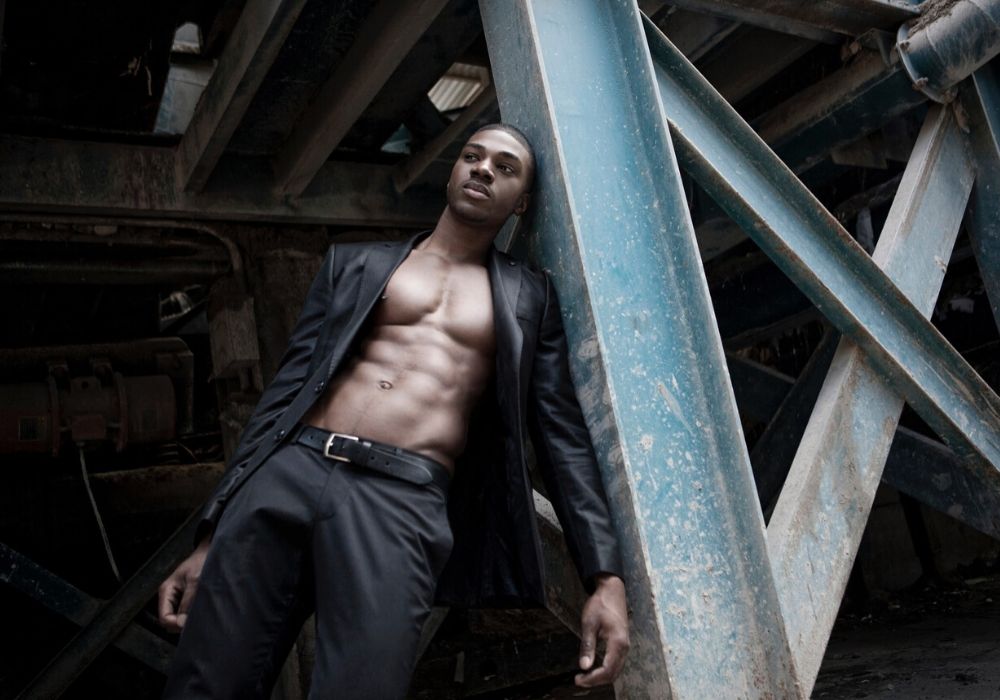 It’s a blessing to be able to share my music and artistry without borders or demographic limitations as an artist that’s also a member of the LGBTQ+ community.

You may not know the name Teraj yet, but there’s a good chance you’ve seen his face. He was once a model for some of fashion’s biggest names and even walked down the runway during the coveted New York Fashion Week. These days, Teraj has turned towards music, hoping to inspire others to follow their dreams the way he has. Passport sat down with this budding talent to discuss his self-released album and his hopes for the future

So, you started off as a model. Can you tell us how that happened?

A big photographer happened to see some photos of me on social media, and I got an email one day asking me to come to New York for a shoot. So, he took some great photos. And from those photos, I got entered into a modeling contest with Aeropostale. I ended up winning and got to be in their national campaign! From there, I got picked up by an agency.

We are thrilled to announce the official winner of our DENIM DUDE contest is…Teraj Allen! Congratulations to the top 10 finalists and once again to Teraj, Aeropostale's Denim Dude!

Posted by Aeropostale on Thursday, August 8, 2013

And how did modeling turn to singing?

Singing was always important to me, but I never thought it would be a career. I studied architecture in college, so this was never on my agenda. But once I started modeling, I was like, maybe singing could become a thing!

Who were your musical influences growing up?

While growing up in Miami, my mom used to play a lot of Pop Soul from the likes of Whitney Houston, Michael Jackson and Luther Vandross. Still to this day, I’m heavily influenced by those three artists and I constantly go back and listen to their records, studying and honing in on their craft. It’s because of their music, as a kid, that I always imagined myself on stage and wanted to one day become a singer.

You just released a song on YouTube called “DEFY”. Can you tell us what that song is about?

The single is actually part of an entire album that I have out, and the song’s name really captures the whole essence of my music. It’s to show people they can overcome the odds and follow their dreams. “Defy” is all about proving your naysayers wrong. I especially wrote the song for the younger generation. I want them to know that they can do whatever they set out to do.

The music video was filmed in numerous locations, like Barbados and Rome. With this being self-made, how did all this happen?

The video was actually two years in the making! I didn’t have a big budget, so I worked really hard in order to collaborate with artists all over the world who were willing to help make the video a reality. The Rome shoot was the best though. It was absolutely gorgeous there!

Last year you performed at Prides in Montreal and Savannah, and I hear you have a big Pride performance coming up. What can you tell us about that?

I’m going to be performing at Miami Pride this April, and I just received the estimated numbers. They’re thinking there will be around 250,000 people there, so this is going to be the biggest performance of my entire career! Miami is also my hometown, so I’m really excited to perform where I come from. I can’t wait for my family to see me on stage!

Do you think that being LGBTQ has made it easier or harder to make a name for yourself in the music industry?

I don’t think my sexuality or being bisexual has hurt my career at all. I’m grateful to have found a community of supporters from so many walks of life who celebrate me for who I am instead of who and how I love. It’s a blessing to be able to share my music and artistry without borders or demographic limitations as an artist that’s also a member of the LGBTQ+ community.

What are your dreams for the future?

I want to continue expanding on my goal of encouraging and uplifting others through my music and eventually become a multi-media mogul. Landing synergistic collaborations and endorsements to further that mission, play stadium shows and launch my own philanthropic efforts and foundation for underprivileged communities back home in Miami and within the LGBTQ+ community at large are all on my bucket list of goals that I want and plan to achieve, so stay tuned!

Teraj will be performing at Miami Pride (March 28 – April 5). Attendance is free, and more info can be found on their website, and you can find Teraj’s music on Apple Music, Spotify, and other major streaming platforms.