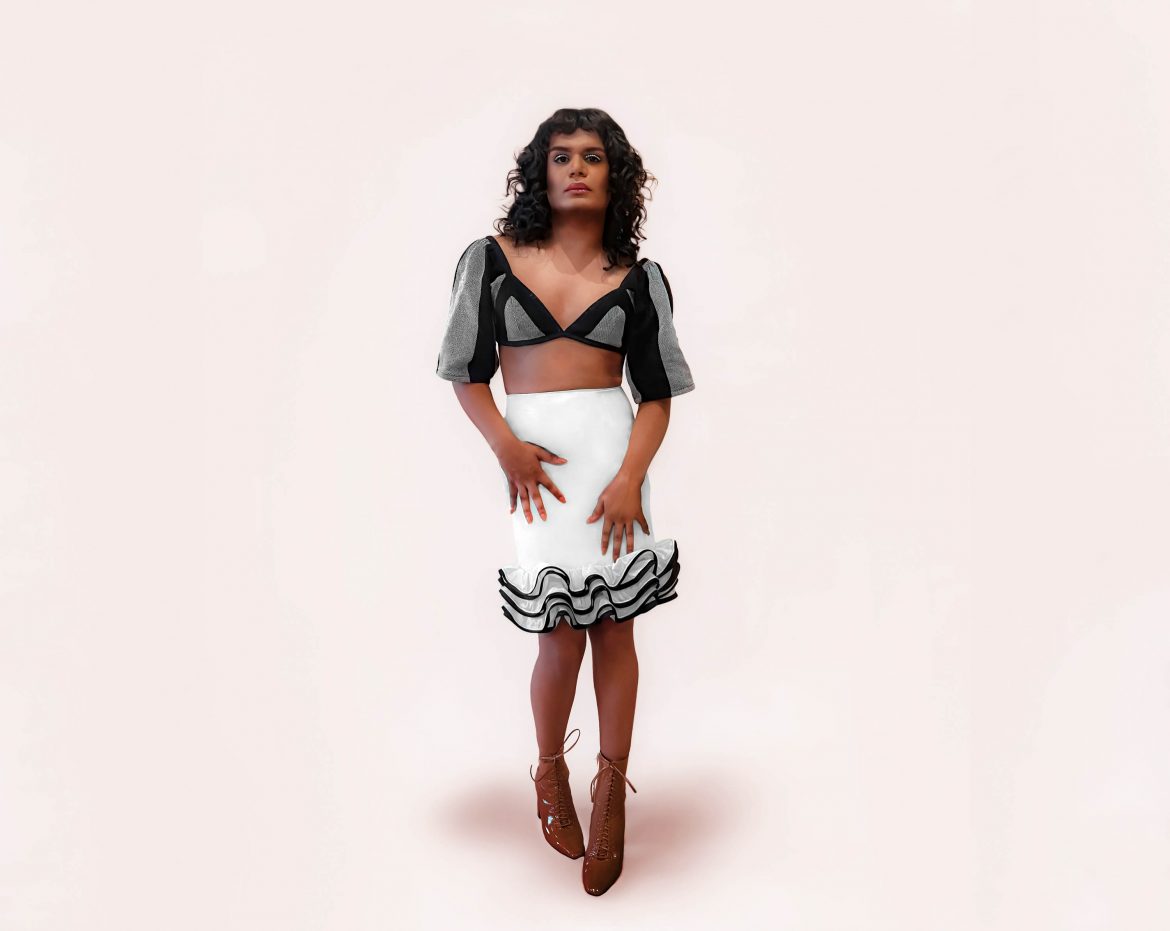 Sort Of is riding high on a wave of awards, including a Peabody Award and a Best Comedy win from the Canadian Screen Awards, with hopes for upcoming Emmy consideration.

Series star Bilal Baig, a playwright and actor who identifies as “transfeminine, nonbinary, and femme used interchangerably,” and goes by they/them pronouns, co-created the series with Canadian actor/writer/director Fab Filippo.

Produced by Sphere Media and Canada’s CBC, HBO’s trailblazing dramedy series Sort Of is a first for representation, and a delightful watch, revolving around a queer, gender-fluid Pakistani-Canadian millennial, Sabi Mehboob (Bilal Baig). Working as a nanny for a young biracial Toronto family with two children, moonlighting at a queer bar/bookstore, dating a guy who would prefer to keep Sabi a secret, keeping their private life away from disapproving conservative mother Raffo (Ellora Patnaik), and debating a move to Berlin with nonbinary bestie 7ven (Amanda Cordner), Sabi is suddenly at a crossroads when one of the family members ends up in a coma (unleashing some secrets and drama), and Sabi is forced to confront their own mother’s increased presence and disapproving, conservative cultural streak.

Set in Toronto, where the second season is currently shooting, Sort Of is riding high on a wave of awards recognition including a Peabody Award and a Best Comedy win from the Canadian Screen Awards, with hopes for upcoming Emmy consideration.

Series star Baig, a playwright and actor who identifies as “transfeminine, nonbinary, and femme used interchangerably,” and goes by they/them pronouns, co-created the series with Canadian actor/writer/director Fab Filippo, who co-starred on Showtime’s early 2000s incarnation of Queer As Folk as Ethan Gold). Born in Mississauga, Ontario, and based in Toronto, Baig’s own brief experience working as a nanny helped serve as inspiration for the series, which was elaborated on as well as the awards, Toronto queer life, travel, and what to expect in this fall’s season two, which is currently shooting. 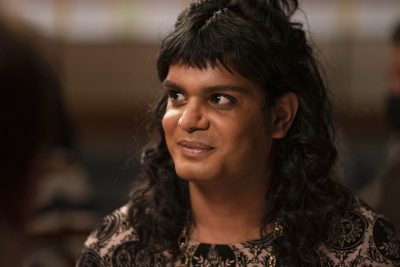 How has Sort Of changed your life so far?

Well, at my core I possess a real shyness. I was a quiet kid and super nervous all the time and scared to put myself out there. I think that still holds true to this day, but I’m constantly getting recognized almost everywhere I go, and I find that particularly strange, but I get it. It’s a really affirming reaction, humbling, and grounding to receive so much love. I’m really at the start of my career, too, and that’s encouraging and also overwhelming. It’s a mixed emotional pot.

Which award has meant the most to you so far?

When we got the Peabody email, some of the language was around highlighting and celebrating stories that matter, or have changed lives or are historic in some ways. It’s not lost on me how magical that is. But winning Best Comedy [from the Canadian Screen Awards] was cool because there’s a conversation around the tone of our show. There are achy and dramatic moments. It’s cool to be genre-defying and bending and win in that category.

How are you and Sabi most different?

I would say that Sabi is generally more confused than I am about what’s next for them, what they want, and how they express what they want. I think it’s a really beautiful and curious place to exist, but I feel a couple of years older than that, and lived my life differently and feel at this point very certain about what I’m doing, what’s next, what I want, and how to get it.

What made Toronto such a perfect setting for this story and characters?

I really feel I’ve grown up in a movement, especially around gender expansiveness. I got into community organizing and advocacy work by 2014-ish and by then, I was meeting a lot of folks who identified in a non-binary way. Fab and I, Toronto is what we knew inside and out. He’s lived here longer than I have. Huge life-defining moments have happened for us here, and Toronto becomes an epicenter of lives being lived together. I love the way people and neighborhoods intersect in this city in particular. No other Canadian big cities or American cities were thought about when developing it.

Where should we go when visiting Toronto?

I’m a Parkdale neighborhood person. The first four years of living here, I lived there, and I love Little Tibet and momos and I love the energy. I love Little India, too. It’s more nostalgic for me, thinking Little India was this far away place because the drive from Toronto East where I grew up was long.

And what’s the best place for momos?

Loga’s Corner. It’s so authentic and the shop is beautiful and I’m sure you’ll be served by the man who owns it, and he’s lovely.

Sabi moonlights at a fictitious bar called Bar Buk. Is there a real Bar Buk equivalent in Toronto?

Yeah. The reference, or what people compare it to, is called Glad Day Bookshop. That was something we were aware of. 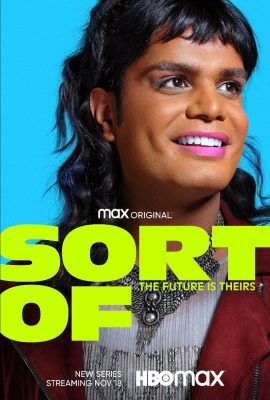 What sort of developments can we expect between Sabi and their mom, and also the family they work for in season two?

I think audiences can definitely anticipate the arrival of the person who’s suggested is coming, Sabi’s father. One of the last things we left off with in season one was the mom said, ‘things were better when he was gone.’ It suggests an epic kind of change and shifts the dynamics and will see Sabi really having to define who they are in the presence of their father as well as mom and sister Aqsa (Supinder Wraich). And we get to see different shades and textures of these dynamics.

It felt like the end of an early Harry Potter movie and we find out Voldemort’s coming.

Yeah, let’s go with that. It’s our version of Voldemort.

I heard there may be some romance in store for Sabi as well.

Yes, that’s true. There’s a theme and Sabi is curious about love in all its forms.

Who would you love to have as a Sort Of guest star?

A great question. For me, Canadians who are having a pop culture moment right now. Like I’m kind of obsessed with Sandra Oh and have been for a pretty long time. I think about Elliot Page, and how their world and ours intersect. Ryan Gosling, who’s hot, so that could be fun! So all the cool Canadians first, then we would expand.

Would you love to have Sabi actually go to Berlin at some point?

It’s definitely something that’s been tossed around the writers’ room both seasons, and audiences and friends for sure have kept talking about Berlin and will they or won’t they. I’m open to discovery and budget (laughs), so I don’t know, but if an opportunity presented itself I can understand how dynamic and important that could be for the character and show.

Which international cities would you personally love to stay in for a while?

The first place that comes up for me is Singapore. When I backpacked through there I found it captivating, fast paced, super clean. Something about the energy of that city got me going and I could see spending more time there. I’m really curious about the UK. I backpacked through Bogota, Colombia and the surrounding areas. I can’t speak the language, so I don’t know how long I would survive there, but I thought it was a special energy that’s on an incline. Every time you’re walking up the street you might pass out! I love that quirk about that city.

To your knowledge, did you have a lasting effect on the children you were a nanny for? Did you open their eyes to different identities or ways of life, the way Sabi seems to with the kids Henry and Violet?

Truthfully, I’ve got to be real. I don’t think I was as good a nanny as Sabi, as natural of a caretaker. I think I had a great relationship with the kids (there were two). I tried to be fun and real and honest, but ultimately it was just one of those things. You come into someone’s life, spend a year with them, and move on. I don’t imagine that child really thinks about me. It was a fine gig but the profound connection you talk about was not developed.

Finally, what do you always travel with?

The only thing that comes into my head is a toothbrush. And the travel size toothpaste. I can’t live without that.

Tom Prior: Star Of The Gay Biopic “Firebird” 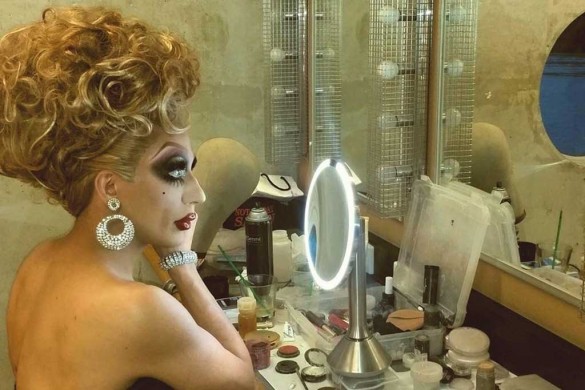 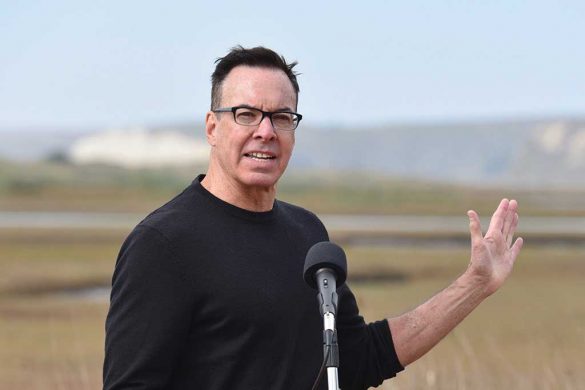 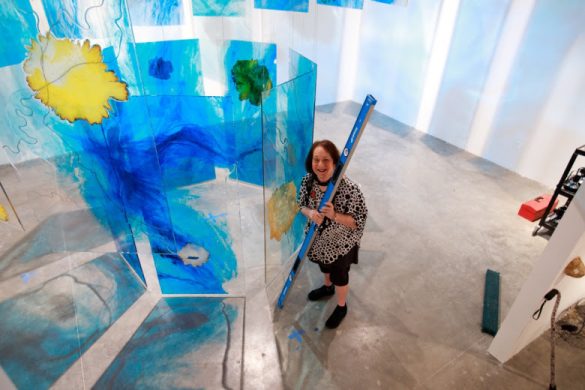 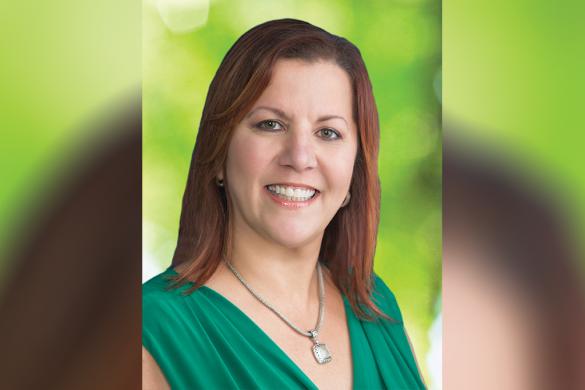 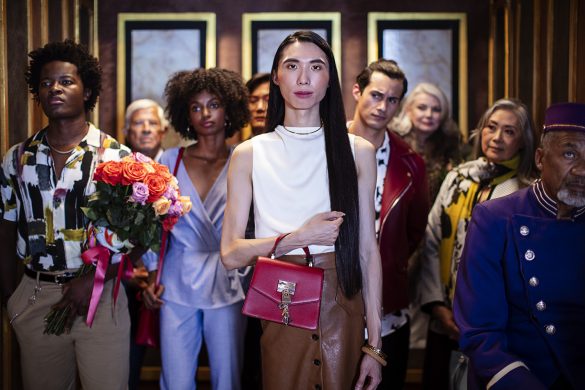