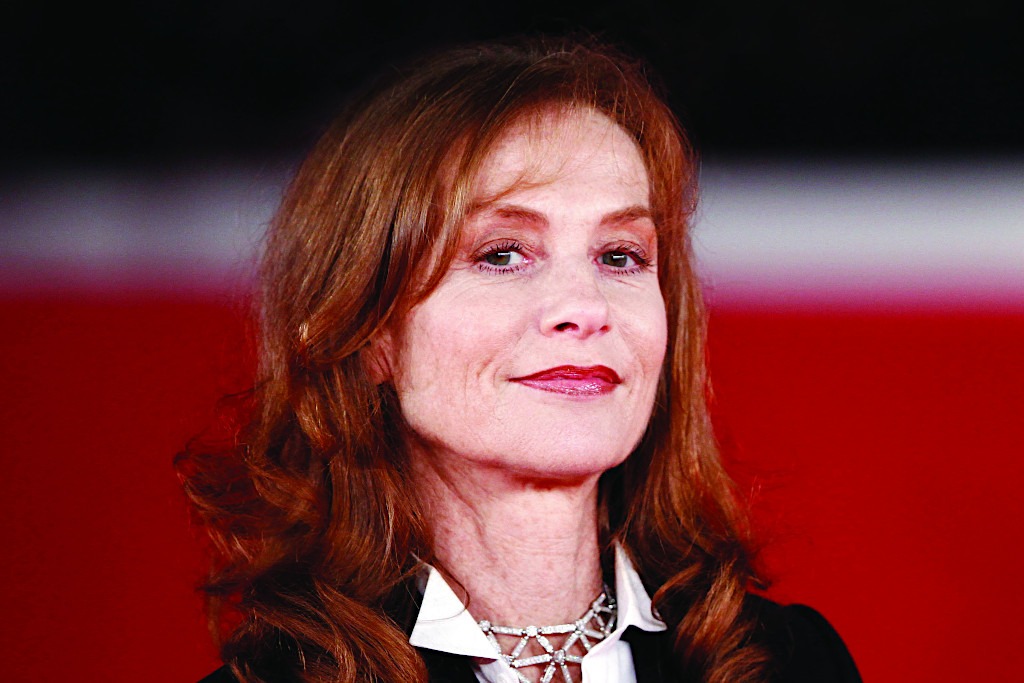 Isablle Huppert is a prolific, versatile French actress, who was nominated for a Best Actress Oscar and won the Golden Globe for her turn in Paul Verhoeven’s Elle.

Sometimes an actor’s performance is so effective, powerful, and transcendent, it crosses all language barriers. Such is the case with prolific, versatile French actress Isabelle Huppert, who was nominated for a Best Actress Oscar and won the Golden Globe for her turn as a wealthy businesswoman tormented by a rapist in director Paul Verhoeven’s 2017 French-language thriller, Elle.

Huppert has worked with some of the world’s most talented directors, including Francois Ozon (she co-starred alongside a dream cast of female French icons, including Catherine Deneuve, in his twisted musical murder mystery, 8 Women); and New York’s Ira Sachs (Love Is Strange), who cast her in his 2019 Cannes Film Festival competition title, Frankie, as a dying actress who assembles her family and friends in the bucolic resort town of Sintra, Portugal to try and impart directives for how they should carry on after she’s gone.

Born in Paris, Huppert has over 120 films to her name since her first onscreen appearance in 1972. LGBTQ roles in her filmography include a Jewish refugee in Nazi-occupied France whose sexuality is awakened by an affair with a married artist (played by Miou-Miou) in 1983’s Entre Nous; a “horny lesbian nun” in 2013’s The Nun, and a sexually ambiguous serial killer with a fixation on a young waitress played by Chloe Grace Moretz in 2018’s deliciously twisty Greta. She also made a cameo as herself in Anne Fontaine’s 2017 feature about a young gay actor, Reinventing Marvin. “The character is meant to be me, so I did it rather than let someone else,” Huppert tells me during a recent visit to NYC.

What did playing a character with a terminal illness in Frankie teach you about yourself?
The message shown in the film is very special, actually. First of all, my character Frankie is never a victim. Only once, in that beautiful scene with Marisa Tomei as her hairdresser friend, when she reveals the cancer has progressed, this is when the audience really understands the illness is very serious. Apart from that scene, no one can really tell that she’s sick. It’s almost like something that crawls underneath, in silence, and the film is more about life, secrets, mysteries and conflicts. Lots of things are going on around me, so I didn’t have to preoccupy myself about the fact that the character is ill. Frankie has to take care of what she imagines for the future of the husband and son, and realize her plans are going otherwise.

Frankie was set in Sintra, Portugal. If you knew your days were numbered, where would you want to go and spend time?
Well, I don’t really like to think about this situation! But in a way, don’t we all live with the knowledge we have limited time? Life is a limited time. Basically, I want to go everywhere, as many places as possible. I want to read as many books as possible. In a way, I have a hunger for occasions, for life. It might be an unconscious awareness of how life is short.

What is Sintra like?
I had been there before, to do a 2002 movie with a wonderful gay German director who is not here anymore, Werner Schroeter, called Two. Sintra is a place I know very well and spent many weeks there and I was happy to go there again. It has a mysterious, spiritual, and magic power.

Are you more of a countryside person or a city person?
I’m more urban. I like all the potential of a city. I’m certainly sensitive to the countryside, and was sensitive to the majesty and beauty of Sintra’s landscape in Portugal. There is a drama in this nature that perfectly fits the theme of Frankie, and I like to go there for short visit. But in general I really like cities, which is why I love being in NYC today. It’s really the extreme realization of what you expect from a city.

How did working with Ira Sachs differ from, say, Francois Ozon?
It’s definitely very different, but as with all great directors no matter how different their films, there is always something in common. That is a certain freedom you give to the actors and ability to capture some personal moments. I think in a performance you create a character, but halfway in the process your own persona takes over and it becomes a mixture between what you are supposed to be in the fiction and what you actually are. Both Ira and Francois have the ability to watch the actors in that way.

Although Greta was set in NYC, it was shot partly in Dublin, Ireland and Toronto, Canada. Where would you most love to go and shoot a movie?
I’ve shot movies in so many places. I’ve done movies in Death Valley, where it is 120 degrees even at night and the water from the tap is still boiling at five in the morning. It was called Valley of Love, with Gerard Depardieu. It was a beautiful film. I’ve done movies in Korea, in the Philippines. It’s interesting to make movies in the most unanticipated places in a way, because there is always a common language: the camera and movie making. It’s a nice feeling to be in a foreign land yet with a familiar surrounding, so it makes the trip reassuring in a way.

Was it fun to play a kidnapping, murderous psychopath in Greta?
It was! Yes, because I think it’s more than playing a psychopath. Clearly Greta is a psychopath and madwoman, but at some point there are inner steps in the film to understand she’s a wounded person, it’s like she wants to recreate this lost paradise of childhood and motherhood. It becomes really interesting, romanesque and deep. Especially what I like best in the film is the moment I discovered, on location in the Dublin studio we shot in, this little hidden bedroom where Greta would keep Frances (Moretz’s character) locked up. In the script it wasn’t that clear, but when I saw this room where she kept her victims, something became so clear. All the teddy bears and toys, it looked like the bedroom of a child from the 19th century, and I think it gave a lot of insight and depth to the character. A lot of poetry to it, even though she’s not exactly a poetic character.

As a regular guest at the Cannes Film Festival, what are some tips for first timers who are thinking about going?
I can imagine when you go for the first time it’s scary, but also very exciting. I would take it easy. Interestingly enough, I did a movie in 2016 in Cannes called Claire’s Camera. Directed by South Korean filmmaker Sang-soo Hong, we shot it in Cannes during the festival, just before I was meant to present Elle. It was quite fascinating because if you go two streets parallel from La Croisette, literally 100 meters away from where it all happens, you couldn’t even tell there was a film festival. We spent 10 days shooting this film a few meters away and it was almost a normal town. Interesting.