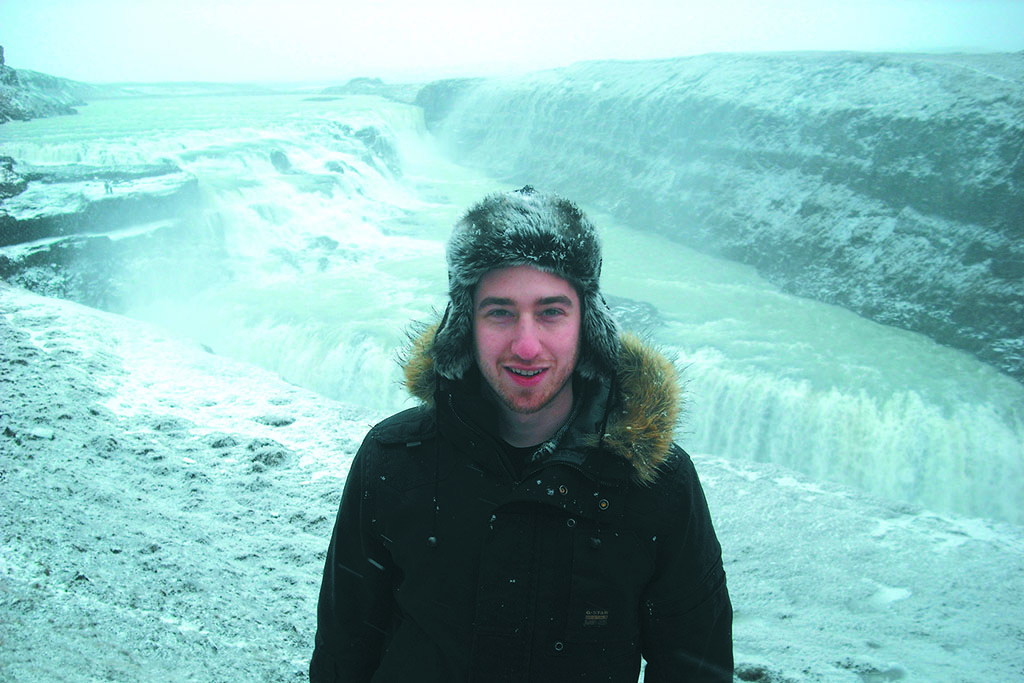 Leaving New York for Reykjavik, I had no idea what to expect. I was headed to Iceland to explore some of its natural wonders and experience gay life in the land of the Vikings. After a short five-hour flight on Iceland Air, I found myself in a van with a bunch of strangers. As we drove, cold and disoriented through unfamiliar terrain, one passenger barraged our driver/tour guide with questions about Icelandic folklore including hidden people, trolls, and elves. As our guide became increasingly more uncomfortable with each question, he firmly expressed his disbelief. “No I don’t believe in that silly stuff.” But when we all erupted in laughter about our personal views on the existence of trolls, the van began to speed up and our tour guide warned us, “You just can’t make fun of trolls, you just don’t! They are evil.” Heeding this warning, the van rolled on in silence. We later were told that 90% of the population seriously believe in their existence, but won’t openly admit to it.

At around 10 A.M., the pitch black of the autumn night soon gave way to a fantastic sunrise in the east, while in the western skies the moonlight continued to illuminate the snowy mountains. The sunlight soon dominated the moon, giving way to a rainbow, which reached high into the blue sky and cascaded into the Atlantic.

Our first stop brought us to one of the most surreally beautiful places I’ve ever seen. I stood at a viewing point looking out onto the national park of Pingvellir, an area where the oldest parliament in the world was once held. I couldn’t help but shiver at the sheer enormity of the view. We all shouted to one another, “Take my picture here, and here. Oh yeah, and over here!” Snow-covered volcanoes and mountains surrounded the former meeting place, and intimidating rock formations lined paths that lead to crystal blue glacier ponds. I couldn’t help but think of characters from The Lord of the Rings patrolling the paths and scaling the jagged rocks. Pingvellir lends itself to hours of exploring, and the unusually freezing autumn weather didn’t stop us from climbing over icy, rickety bridges. As we trekked across one last bridge that day, a bright light burst up from the water. Under closer inspection we realized it was thousands of coins from every country reflecting the sun’s rays beneath the waters, each flickering the world’s wishes, which can only be granted in a place like Iceland. 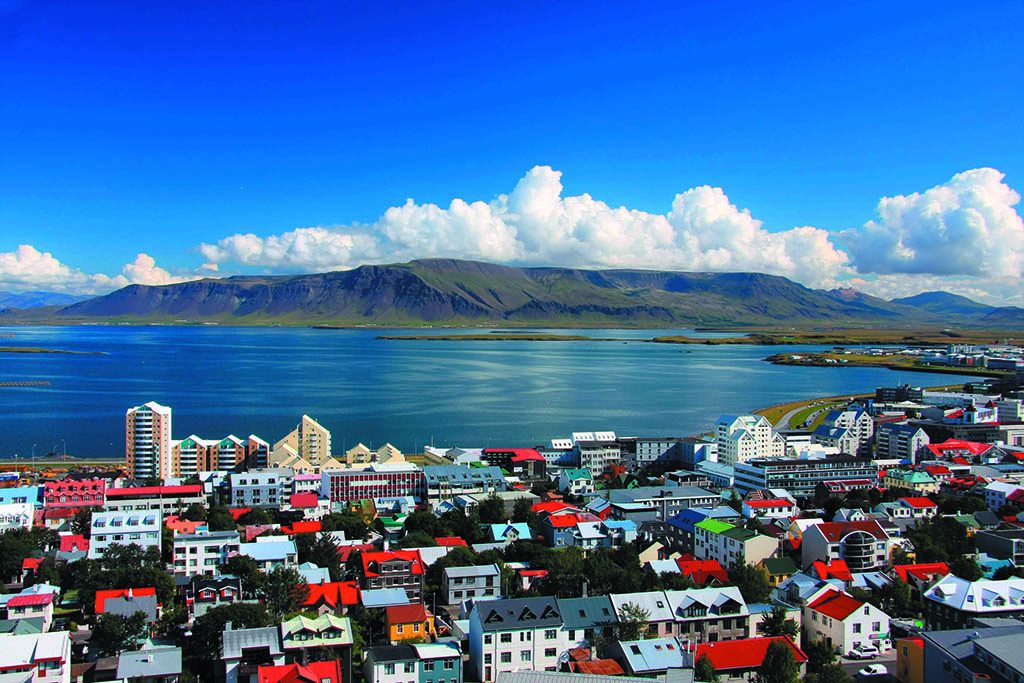 Craving some warmth and familiarity, I was told about a gay Californian who opened up a coffee shop on the main street of Skólavöroustígur. Walking in, expatriate Glen Barkan sat tall at his café bar. His proud smile shone through his award-winning mustache. He is the co-owner of Café Babalú (Skólavöroustígur 22a, Tel: 354-552- 2278). With walls of pastel colors and cutesy paintings, the inside is lined with cozy couches; the smell of steaming hot lattes instantly brought back days of coffee shops pre-Starbucks. Gaggles of teen- agers and older men and women sat drinking their afternoon coffees, and as Barkan approached me, everyone he passed glee-fully waved hello. Reykjavik’s beauty drew Barkan to move his life to the city…oh ok, a gorgeous Icelandic man may actually have had something to do with it. In a large ceremony downtown, the two married, and to show just how accepting Iceland is, a woman priest learned Hebrew prayers to accommodate Barkan’s faith. While he sipped a hot latte Glen admitted that after four years he loves his new life, “What’s not to love about a city whose gay pride parade is 95% straight? Besides, the men here are just stunning!” he quipped.

Downtown Reykjavik appears to boast more bars per capita than most cities, which helps explain why the nightlife there is so notorious. To describe it as anything short of a complete drunken mess wouldn’t be doing it justice. You even have to be wary of drunken boys and girls tumbling down the hilly and icy main street of Skólavöroustígur — they might take you down with them!

To not get wrapped up in the weekend fervor is almost impossible, especially at Q-Bar (Ingólfsstræti 3. Tel: 354-578- 7868. www.qbar.is) the main gay bar. The party doesn’t really kick off until 1 or 2 A.M., which I learned the hard way as the only customer ready to party at 10 P.M. I quickly recovered from my social faux pas with a little help from a local uni- versity student named Brynjar; he took me to Kaffibarinn (Bergstaoastræti 1. Tel: 354-551-1588. www.kaffibarinn.is), a bar with two floors he described as the “rock bar.” The crowds seemed to come and go in waves, but dancing continued regardless. Like many Reykjavik bars, Kaffibarinn wasn’t labeled gay or straight, but by 2 A.M., men made out with men, women with women, women with men — it was all a rather cathartic experience. We dashed back over to Q-Bar where the party was in full swing. As the house DJs played typical US top 40 tunes, I was a little alarmed by the dozens of eyes that had already noticed me. Brynjar remind- ed me that Iceland is a country of only 300,000 or so people, so any new person sticks out quite easily… this turned out to be a good thing. I found myself constantly chatting it up with guys and gals who just loved to talk and who seemed to know more about American current affairs than I do. When the doors closed at 5 A.M. we had to plow through throngs of people making their way home, looking for after parties, and desperately searching for some late night munchies. Luckily, we got the best hot dogs in Europe at Bæjarins Beztu Pylsur (Posthusstraeti 101. Tel: 354-567-5979).