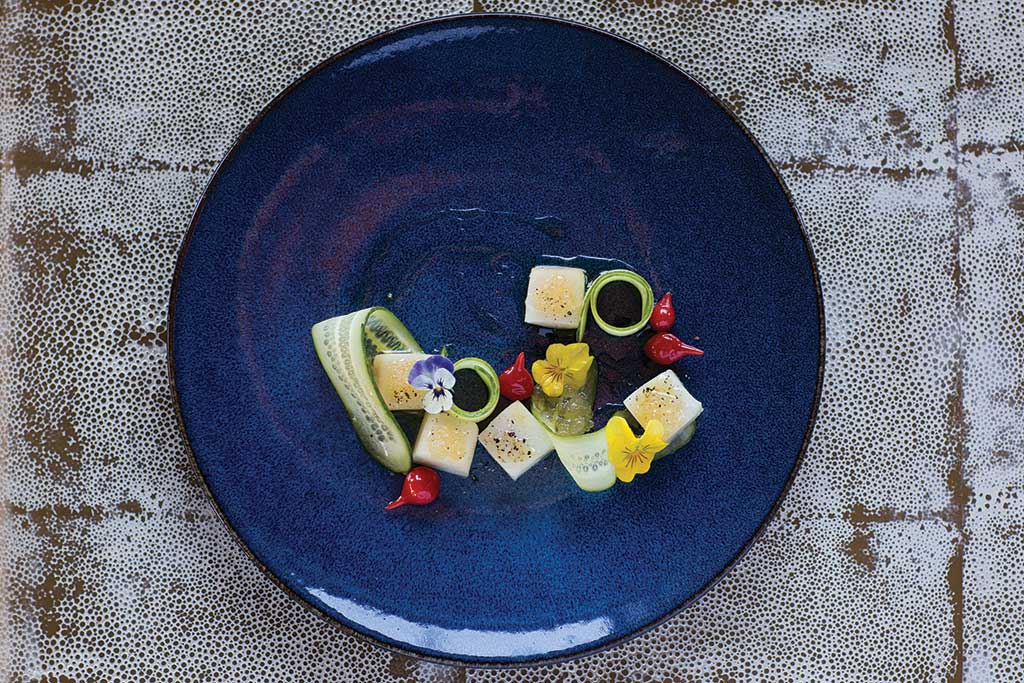 During a recent visit, I had the opportunity to sample a wonderful array of taste sensations that locals love and visitors should put on their must-try lists.

Few US cities have a culinary presence as robust as Portland, Maine. With a population hovering around 66,000, you might expect just a handful of notable eateries, yet the “city by the sea” is home to 640 establishments ranging from James Beard Award–winning fine dining restaurants and food truck, to a coffee culture that keeps both visitors and locals caffeinated in style. During a recent visit, I had the opportunity to sample a wonderful array of taste sensations that locals love and visitors should put on their must-try lists.

THE WESTIN PORTLAND
Nestled in the heart of the Arts District in downtown Portland, the Westin Portland Harborview will put you at the epicenter of all things edible. Originally built in 1927 as the Eastland Park Hotel (once the largest hotel in all of New England), it has hosted such luminaries as Charles Lindbergh, Eleanor Roosevelt, and Ozzy Osbourne (who was famously escorted out of town after a particularly raucous party). The property reopened as a Westin in 2014 and is now home to Top of the East (www.thetopoftheeast.com), a fantastic rooftop bar, and Congressed Squared (www.congressedsqaured.com), which features a locally inspired menu with New England flair.

Whether it’s your arrival drink or fond farewell, Top of the East is a picturesque spot to take in Portland from above. As the city’s only rooftop bar, its floor-to-ceiling windows offer fantastic vistas of downtown and Casco Bay. The cocktail menu has some creative spins using top-shelf spirits, but when in Maine, drink what the locals have made, such as Cold River Gin. Using a blend of seven botanicals, water from (you guessed it) the Cold River, and Maine potatoes, the handcrafted gin is the perfect anchor for The Bayside Basil, which also include St. Elderflower liqueur, Dolin Blanc vermouth, and grapefruit juice. 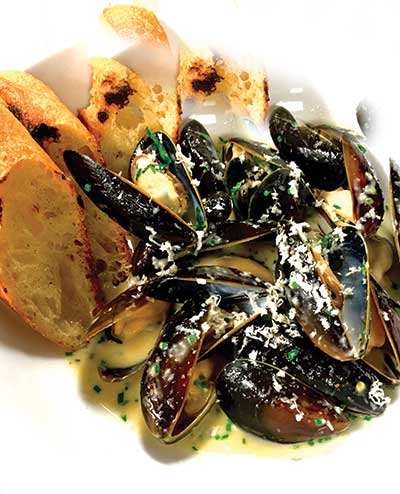 Top of the East is also a great locale to try some of Maine’s craft beers. With more than a dozen different brews available at any given time, you’re sure to discover some great finds. Keep an eye out for Baxter Brewing Company’s Summer Swelter (www.baxterbrewing.com), which delivers a big head and refreshing citrus finish; or Atlantic Brewing Company’s Coal Porter (www.atlanticbrewing.com), a rich, chocolaty porter with enough backbone to withstand a cold winter’s night on the Eastern Seaboard.

Both Top of the East and Congressed Squared showcase menus by Director of Food and Beverage/Executive Chef Brian Anderson, but it is the latter where Anderson delivers the essence of Maine of a plate. Start with classics such as New England clam chowder or Maine mussels with horseradish butter. He also offers Lobster frites, served with housemade aioli, as well as a satisfying fish and chips, prepared with local haddock dipped in Allagash Brewing Company (www.allagash.com) beer batter.

“Some of my favorite ingredients are prevalent and readily available during spring and early summer,” says Anderson of his interest in keeping the menus seasonal. “Rhubarb, asparagus, peas, fiddleheads, and ramps are some of my favorite ingredients to cook with. I’ll most likely be adding them to our Top of the East menu with items such as crispy fiddleheads with a pickled ramp aioli, crème fraiche cheesecake with rhubarb gastrique, and farmers’ market flatbread topped with local English peas, pea tendrils, ricotta spread, and prosciutto di Parma. 157 High St., Tel: 207-7755411. www.westinportlandharborview

UNION
Representing a beautiful culinary marriage described as “enhanced local cuisine,” UNION at the Press Hotel offers a show-stopping dining experience that evolves with the seasons. Maine-native John Berry has returned home to helm the kitchen, after serving as Stowe Mountain Lodge’s executive chef and honing his skills at Switzerland’s Hotel Astoria as well as throughout Italy. This international sensibility only strengthens Berry’s interpretation of local ingredients.

Located in the Old Port District, the Press Hotel was the original home of the Portland Press Herald. The 1923 structure has been magnificently restored and gives way to an eclectic design that combines vintage finds from its former printing-plant days with modern elements. Be sure to explore the abundance of mixed media artwork, typewriters, and midcentury details before settling in to dinner. UNION’s design is complementary, but skews a bit more minimalist with a slattedwood ceiling, tungsten filament bulbs, and dramatic herringbone patterned floor.

Berry’s menus are ever changing, so it’s best to approach dining at UNION with a sense of adventure. Recent winter offerings included interpretations of hearty vegetables such as a shaved butternut squash salad with kale, frisée, and smoked maple; crispy Brussels sprouts with walnut aioli and charred lemon; and roasted cauliflower with local apples and pine nuts. Hearty entrées like short ribs with caramelized shallots and raisin purée, or braised local rabbit with preserved tomatoes and whipped mozzarella will ease diners through Maine’s frigid winter months.

Come summer, Berry lightens the menu with standouts such as compressed apricots with local yogurt and speck; marinated Gulf shrimp with pickled green tomatoes and Korean chili threads (a go-to garnish for the wow factor at your next dinner party); and pork with garlic scapes and smoky fingerling potatoes. Turn over your palate to the chef and his team for a modestly priced tasting menu ($55-$116 per person depending on the number of courses and if you include wine pairings) for one of the best deals in town. 390 Congress St., Tel: 207808-8700. www.unionportland.com 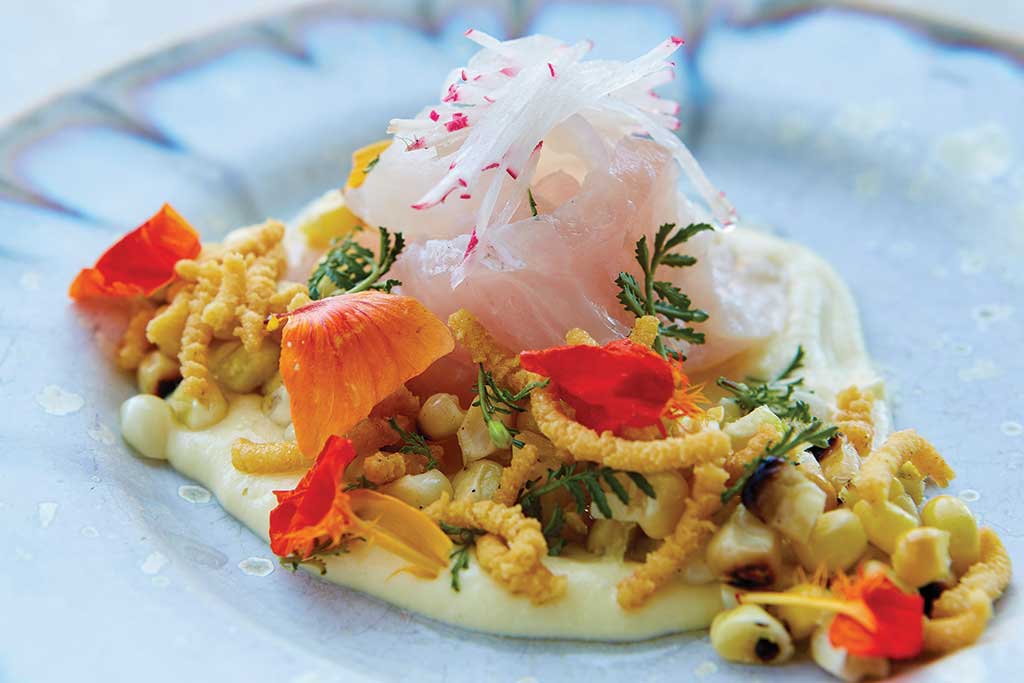 EVENTIDE OYSTER CO.
You know you’re headed in the right direction when every Maineiac’s recommendation for his or her favorite raw bar steers you toward the same place. Eventide Oyster Co. is the local go-to for briny bivalves. The rotating roster of more than a dozen fresh catches can include Maine favorites such as Flying Point, Otter Cove, and John’s River oysters; South of the Border riffs like fluke ceviche with pique de piña (a spicy pineapple flavored vinegar); and homestyle favorites like battered Gulf of Maine hake or a traditional New England clambake overflowing with steamers, lobster, and mussels.

The joint is inevitably packed, and for good reason. “More than anything else, it’s our atmosphere that sets us apart. Eventide is a smaller space that features communal seating, so when its bustling, it feels like a party,” says co-owner and general manager Arlin Smith. “After that, it’s all about the food. We use amazing ingredients and don’t take ourselves to seriously, reinterpreting New England classics.”

There is plenty to choose from when it comes to accompanying libations, and while many gravitate toward sparkling wine as the perfect oyster companion, Smith is more freeform with his recommendations. “We actually don’t think there is a perfect pairing! Since there’s so much that goes well with oysters, you should drink whatever you’re in the mood for and whatever feels fun,” he suggests. “At Eventide, we particularly enjoy the Dirty Dirty Martini, which actually has oyster brine in it; our ‘delightfully trashy’ Twisted Tea cocktail (black tea-infused Hangar 1 Mandarin Blossom and lemonade), which is strong, dry, and refreshing—all things that oysters want; or an Allagash Tripel, a staple beer that we have on tap that lends well to the saltiness of the oysters.”

You’ll likely have to wait for a table at the always-packed restaurant, but there are ample retailers nearby to fill an hour’s worth of browsing, or simply take in the sunshine and salty sea air at the Maine State Pier just two blocks away. 86 Middle St., Tel: 207-774-8538. www.eventideoysterco.com

TIQA
Deen Haleem, along with his wife, Carol Mitchell, and General Manager Patrick Morang, are the backbone of Tiqa. The pan Mediterranean restaurant offers a large outdoor seating area and an equally expansive menu that draws inspiration from Turkey, Israel, Egypt, Morocco, Syria, and beyond. Stick to the Middle East (the menu veers north to Spain, France, Italy, and Portugal, too), and you’ll discover mouthwatering mezze like falafel served with Brussels sprouts slaw, hummus topped with crispy chickpeas and shallots, and flavor-packed kabobs accompanied by spicy cucumber yogurt and housemade pickles. They’ve also reformatted the menu into several incarnations to accommodate vegan, vegetarian, and gluten-free diners.

Tiqa’s wine program is as ambitious as the menu, and those with an eye for the esoteric will find some wonderful choices here. Consider Ouled Thaleb rosé from Morocco (grown in the Zenata coastal appellations between Casablanca and Rabat), or the highly rated IXSIR Rouge (cabernet sauvignon, syrah, and tempranillo) from Lebanon. 327 Commercial St., Tel: 207-808-8840. www.tiqa.net 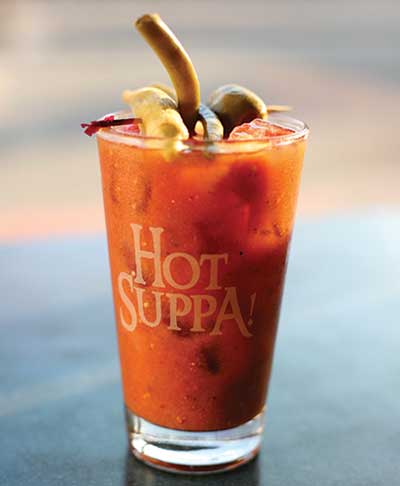 HOT SUPPA!
Before heading out of town, there’s one last stop (okay, maybe two) that any gastronomic traveler needs to complete: brunch at Hot Suppa! The brainchild of brothers Moses and Alec Sabina, the pair trekked across the US in search of inspiration for their diner-style restaurant, which they opened in an old Victorian home in 2006. American classics get a reboot thanks to top-notch ingredients. Specialties include the corned beef hash, prepared with shredded corned beef sourced from Boston Brisket Company, potato, onions, carrots, and thyme. Be sure to order with your eggs over easy and Geechie Boy grits so the runny yolks can pull it all together for the perfect bite.

The Cajun bloody mary is the quintessential accompaniment—a recipe that Moses keeps “close to the vest.” With a bit of coaxing, what’s known is that it contains a few different types of hot sauces, whole grain mustard, and the kicker: no horseradish. Those that want to go local can opt for a top shelf Maine vodka such as Bimini (Biddeford) or Twenty Two (Freeport). Garnishes include a lip tingling spiced rim and spear of pickled okra and dilly beans, made in house, of course.

You’ll likely find yourself waiting for a table, especially during bustling brunch, but fear not. Meander across the street to Yordprom Coffee Co. (722 Congress St., Tel: 207-2212347). The former gas station attracts a diverse crowd in search of the perfect cup and is always greeted with friendly service from owner Tommy Yordprom and his baristas. Expect to find organic grinds from around the world, as well as Maine’s own Wicked Joe Coffee (www.wickedjoe.com). And who knows, you might even get some dining tips for your return visit. 703 Congress St., Tel: 207-871-5005. www.hotsuppa.com

How To Be Swimwear Ready Every Day Of The Year 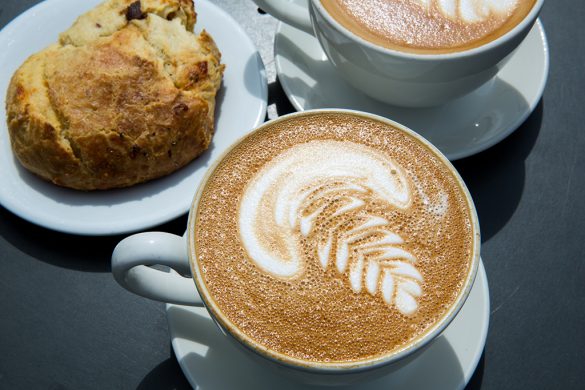 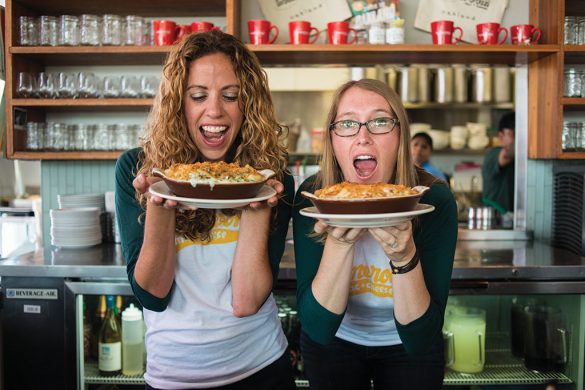 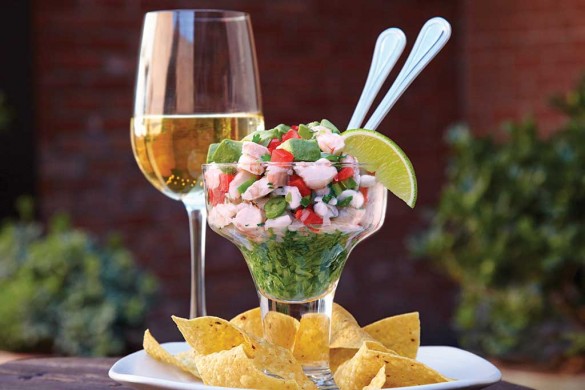 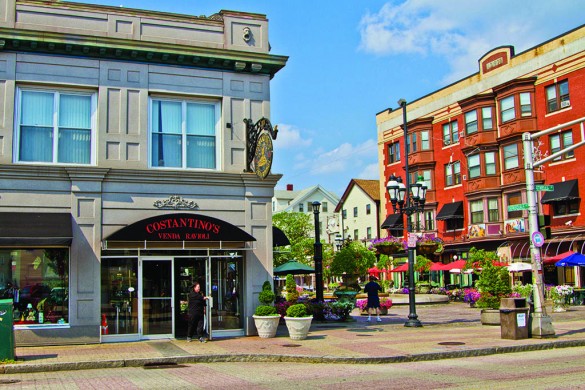 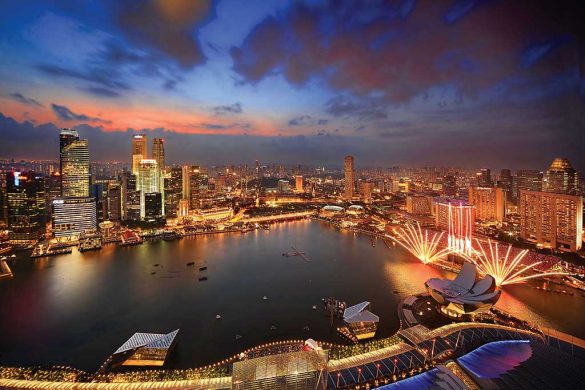