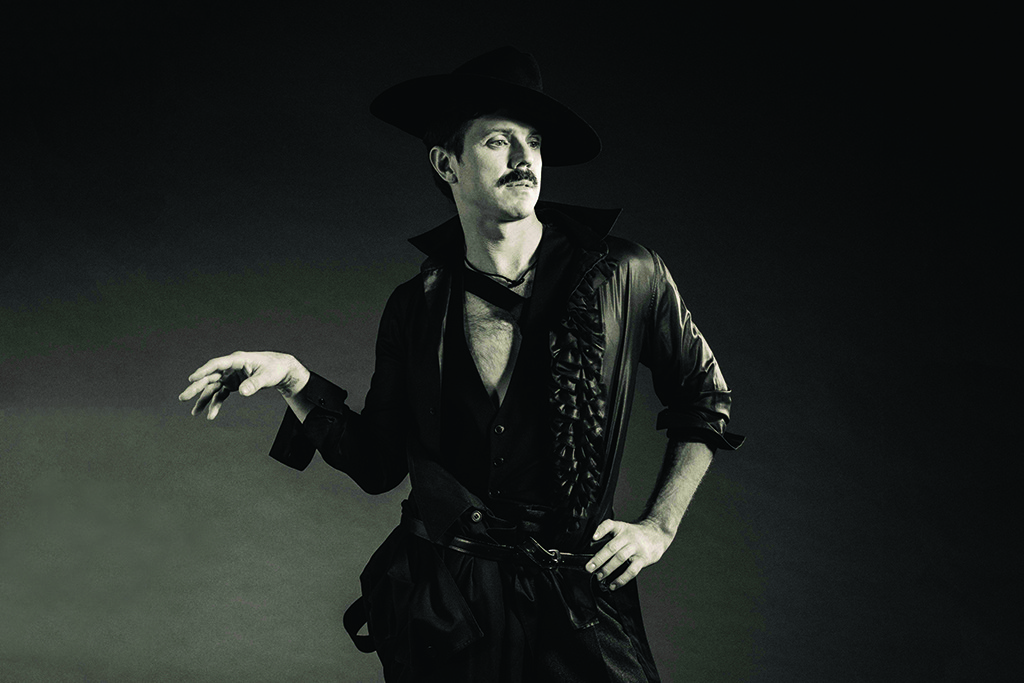 Born Jason Sellards in Arizona, he struck it big with the Scissor Sisters in New York, and following a breakup with longtime boyfriend in 2015, he moved to, and found great inspiration and joy in, his new home of New Orleans.

Born Jason Sellards in Arizona, he struck it big with the Scissor Sisters (Babydaddy, Del Marquis, Ana Matronic, and Randy Schrager) in New York, and following a breakup with longtime boyfriend Chris Moukarbel in 2015, he moved to, and found great inspiration and joy in, his new home of New Orleans.

I love your new album, it’s so full of glamrock vibrancy with dashes of Elton John and Bowie. Scissor Sisters fans will come away completely satisfied.

I feel like I could have made a lot of different kinds of records. When you’re in the middle of a project, you realize that it could have gone 30 different ways. It wasn’t until I came around to the fact that I have an aesthetic I developed for a long time that was part of Scissor Sisters, and one of the driving forces behind the band. For a while I was trying to maybe shy away from that, and once I realized this is what I sound like, this is how I write music, and what I’m good at doing, this record came out very naturally. It was a lot of hard work, but it just flowed once I plugged into my own sound and the influences I love about music and reconnecting with that. I also wanted a strong connection to Scissor Sisters, because I want to be able to play all those songs live. They’re all songs we wrote, and I want to own that sound I helped develop for a long time.

What did you learn about yourself from doing Kinky Boots? Some sneaky audience members have posted excerpts of your performances online and you’re truly amazing in it.

Believe it or not, I never felt like this was in my wheelhouse before I did it. I really didn’t consider it something I would be able to do, but I took it seriously and worked so hard on it, and I got good at it. It was up there with the most challenging things I have ever done. So one of the things I learned was maybe there’s a lot of other stuff like that and not to cross things out or disqualify myself. Not that you can be successful at everything, but you can at least try and surprise yourself. It also made me a lot more open to other stuff. I want to do production assistant work on a movie set now! I really want to take tap dancing lessons again. It made me think of things like that!

If you could create a gay dating app, what would it be like?

It would be an app you turn on, and it would direct you to the nearest gay bar. And that’s it! Maybe the gay bar where there are people hanging out you could talk to and flirt with. What do you always travel with? I travel with my Nintendo Switch. I’m a big video gamer. My Kindle, which I use for The New Yorker and New York Times. My iPad Pro, which I can’t live without, and a notebook. I’m a huge reader and buy real books, but if I’m on a long trip I like to keep the books on the Kindle to travel as light as possible.

What’s the strangest thing you’ve ever eaten while traveling?

You know, I didn’t eat it, but Babydaddy did. Del Marquis brought us to Noma in Copenhagen and they put live shrimp down on the table, still crawling, that you were supposed to eat. I couldn’t get into it. I didn’t do it. If you were invited to the White House to perform today, would you go? No. Not right now. I can’t see the invitation happening, but maybe that’s a really good idea. Maybe it would be fun to shake things up a bit. Maybe I could do my tearaway pants and run around in my fishnets and show everyone a really good time. I guess it depends, but probably not (laughs). As a New Orleans resident who loves his city, where would you take a visitor? Oh my god, where do I start! I would take them to Crescent Park at sunset and look at the Mississippi and hang out. I would take them to Good Friends Bar, which I wrote a song about on my album, that’s in the French Quarter. A whole bunch of bars I would take them to! I would take them to Lafitte’s Blacksmith Shop to get a ‘purple drink,’ which is my favorite New Orleans drink. It’s a purple daiquiri and nobody knows what’s in it, but it’s really good and gets you pretty fucked up. My favorite restaurant, it’s very casual and a great lunchtime place, is The Sneaky Pickle. It’s not traditional New Orleans food, it’s mostly vegan, but it’s really great. Since New Orleans is known for its eccentricities, is there a local character especially worth keeping an eye out for? Oh my god, a bunch of them. There’s this queen who wanders around the Quarter. Sometimes on busy nights, she’ll come out in a bikini and has a little pushcart and blasts music like Whitney Houston and performs for everyone. She dances for you and gives shows. I don’t know what her name is, or where she comes from, but I’m really glad she’s around.