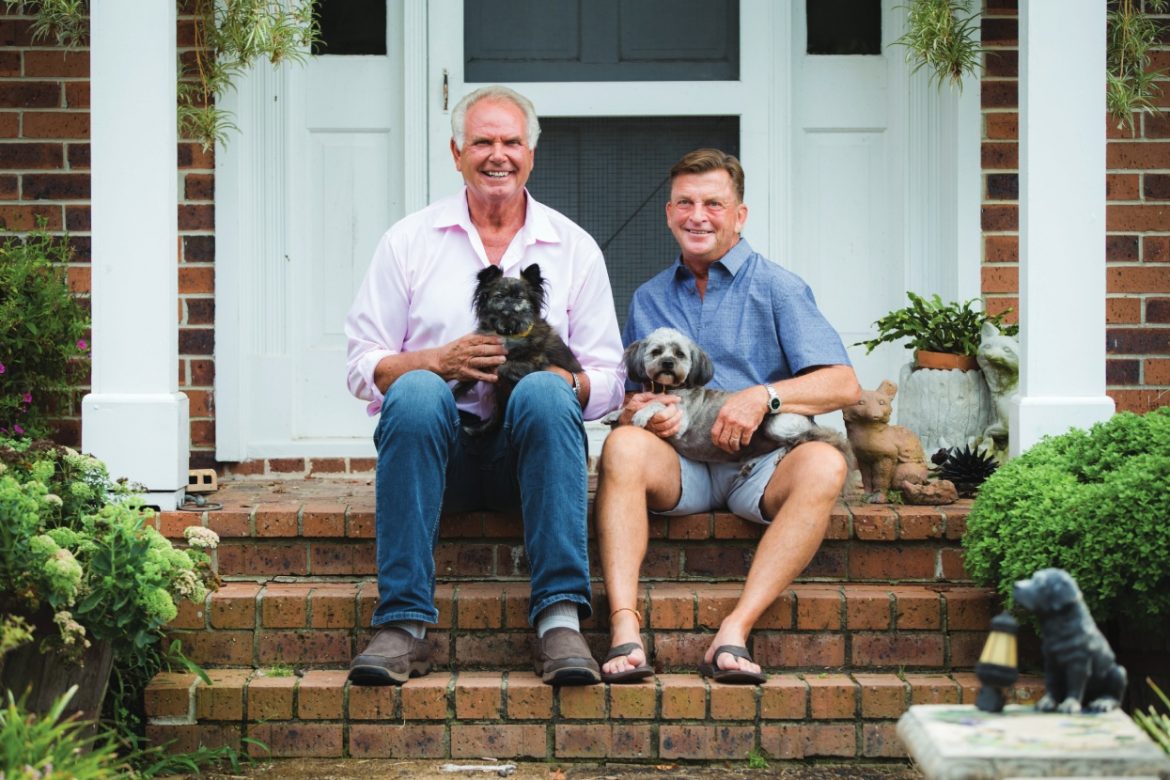 “Once a dog arrives to our house, it will never be returned to a shelter."

Animal rescuers seem to be born with an extra dose of empathy, and when both Ron and Danny were boys they were constantly saving birds, frogs, cats, and dogs.

Strolling up the driveway there appears to be a middleclass house with brick and white clapboard set in a neatly cultivated yard, but once through the front door all bets are off. Room after room are filled with dozens of barking, scampering, and snoozing dogs of all breeds, mixes, sizes, and ages. The living room with a doggie door to the outside is a boisterous canine lounge, where the rather territorial Amelia gazes out from her cushioned roost inside the fireplace. The dining room is full of crates as each dog requires different foods and medications for feeding times. The front bedroom and shower stall is reserved for litters. The former screened porch was enclosed and converted into a quarantine room for sick dogs, many with heartworm.

Newly arrived boarders, often traumatized from a puppy mill or hoarding situation, might be sequestered in a large pen until they become socialized, eventually being let out in the yard to frolic with the pack. If a frightened newbie is trying to hide, they’re buddied with a confident dog to show them the ropes.

This is no hoarding nightmare, but rather a tightly orchestrated rescue venture, organized and spotless with nary a canine odor about it. Several employees, having arrived promptly 7:30 A.M., gather up bedding to wash, collect food and water bowls for rinsing, measure out dry food, and twice daily vacuum and mop every room. Back in the airy kitchen with dogs darting about their feet Danny Robertshaw and Ron Danta are catching a bite of breakfast before the day revs up in earnest.

For most of the 34 years Danny and Ron have been a couple, they’ve also rescued dogs, sometimes housing 70-80 boarders at once. Based in Camden, South Carolina, they began by taking in strays, abused dogs from fighting rings, neglected pups from hoarders, and shelter dogs about to be put down, nursing them back to health and socializing them with other dogs and humans.

Then in 2005, their rescue hobby abruptly morphed into a full-fledged calling. In addition to the multitudes of displaced people in the wake of hurricane Katrina were also countless orphaned pooches whose owners either drowned or were forced to abandon them.

“When Katrina struck our first instinct was to help the people, but then we started hearing about the endless dogs stranded on walls and roofs, in trees, others floating loose,” explained 67-year-old Danny. “The rescued dogs were crated up and kept in warehouses, so we cleared out our horse stalls and sent horse trailers to bring them here to South Carolina. They arrived from the Gulf Coast covered in feces and urine, most of them sick with heartworm.”

Within five months they had fostered over 600 dogs, rehabilitating them until they were adopted into forever homes. Subsequently they officially launched Danny & Ron’s Rescue (DannyRonsRescue.org). Where others might perceive a troubled or vicious dog, this committed couple sees a loving creature who need a second chance They go all out to make their four-legged guests feel at home, spending individual time with the more timid, letting many sleep in their bed; all the better for accustoming them to life in a future family’s home.

“Once a dog arrives to our house, it will never be returned to a shelter. If we can’t adopt it out, then they’ll live the rest of their lives with us. We promise a happy life, and a happy departure,” Ron, also 67, explained. When one of their life boarders (dogs with major health or behavioral issues, or insecurities) dies their ashes are spread out back in a flourishing iris bed.

Though all their dogs receive the needed attention, it’s impossible to not have a few favorites. “You do feel more passionate with certain ones and they become part of your soul,” muses Danny.

Ron interjects, “We have a dog, Buttercup, that’s 20 years-old and last November she was diagnosed with kidney failure with two weeks to live. We’re religious about doing her fluids and cooking for her. When we were away, I called home every day to see if she ate and took her pills. I drive the staff crazy, but we’ve had Buttercup for so long. And now she’s going with us to Florida in two weeks.”

Animal rescuers seem to be born with an extra dose of empathy, and when both Ron and Danny were boys they were constantly saving birds, frogs, cats, and dogs. Ron didn’t even like fishing because of having to skewer the worm on the hook. As a child, Ron had an unusual rapport with animals, and a particular gift with horses. By the age of ten he was riding and eventually became a champion in the national equestrian circuit. He still judges major shows around the USA.

Danny also rode horses and was a trainer, which is how they met in 1988. After eight years of marriage, Ron divorced his wife and slowly came to terms with his sexuality. Danny, who had struggled for years with his family’s lack of acceptance of his chosen profession of horse training, reached out to support Ron and eventually they fell love. Decades later, through triumph, tribulation, and grave health issues, they’re still there for each other.

“I think we were brought together for a reason,” says Ron. “It takes the two of us to survive with all these dogs.” Living openly as a gay couple in the South has posed challenges, imbuing Ron and Danny with empathy for the underdog. “We’ve been discriminated against in South Carolina, and called some horrible names to our faces,” Ron shares. “Some less educated people think it’s (being gay) a chosen thing, and it’s not. Who knows why you are attracted to the same sex, but it’s not like someone just wakes up one day and says, ‘I think I’ll be gay.’…In the equestrian world people are very open minded, so we’re very lucky that we’re in this supportive bubble.” Both still make a living training show horses, and Danny & Ron’s Rescue pups are regular features in the equestrian circuit where most are adopted into happy homes.

“We’ve seen same-sex couples and marriage become more accepted than when we were young, and it’s moving in the right direction,” Danny added. “We just feel that love is love, whoever you love comes from your heart and that’s what it’s about.”

On Red Code Day, when local shelters euthanize dogs, the couple receives numerous emails imploring them to come save the dogs. Like black cats, black dogs in particular are not popular and are more likely to be put down. One time they were summoned to a shelter to take six black dogs, and instead returned home with fifteen.

The statistics in the USA are grim: Annually about 6.5 million dogs are in shelters; 2.5 million find a home; and 4 million are slaughtered, dumped in graves or incinerated. In the 2018 film, Life in the Doghouse, about the couple’s rescue efforts, there’s a disconcerting scene from an overhead drone of dozens of trash bags being loaded from a kill shelter onto a truck, then summarily dumped into a pit.

“We don’t blame the shelters,” Ron clarifies, “as they’re forced to do the dirty work of a community that fails to make spaying and neutering a matter of the law… If I ever won the lottery I’d buy a big bus, several of them actually, and travel throughout the country neutering dogs and cats.”

The bane of Ron and Danny’s rescue operation are puppy mills, breeders who often hide their locales for fear the public may discover the horrible conditions. Puppies that pass their “sale date”,  meaning they’re no longer “cute,” often live in rabbit cages, never touch the ground, and are usually filthy. 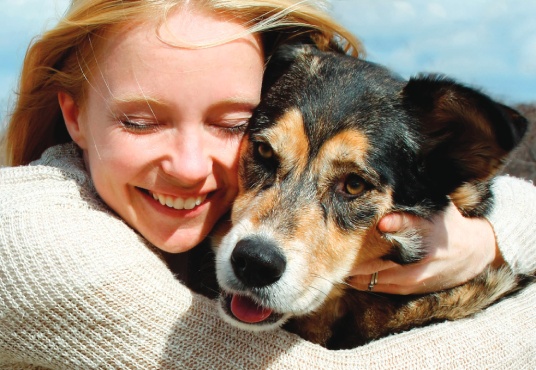 A Dog Finds Their Forever Home

Ninety nine percent of dogs sold in stores are from puppy mills,” asserts Ron. “They make money and toss away the ‘defective’ puppies for local communities and rescuers to foot the bill.”

Danny shared an illustrative story: “We met several times with a puppy mill operator in Augusta, Georgia at Walmart to take his unwanted dogs. After doing this five or six times, for some reason he gave us his address instead. There he had about eighty dogs in a single wide mobile home, all the windows blacked out, there was a horrible stench, and they never went outside. We picked up the dogs and then called animal control.”

Recently, California and several other states have made it illegal for pet stores to sell dogs from breeders. Ron said, “We were part of a big push (to enact similar laws) in the Wellington, Florida, area because there’s a number of high-end puppy stores. After we spoke before the county council they passed ordinances to close down the stores and outlaw puppy mills in the area.”

“We don’t have any problem if somebody loves say golden retrievers and buys from a responsible breeder,” Danny adds. “But when people buy from a pet store they think they’re buying from reputable breeders, but a good breeder would never let their puppies go to a pet store. If people stop buying in pet stores, it will eventually shut down the mills.”

Danny and Ron with their dogs

The bottom line is, if you’re planning to buy from a breeder, they should be registered with the AKC (American Kennel Club); contact others who have dealt with the breeder; the breeder should invite you to visit because they will want to know about you as a prospective owner; and beware of Craigslist or Facebook postings.

Danny and Ron never imagined that rescuing dogs would take over their lives, and their finances. Katrina took a big bite out of their retirement fund, and with costs averaging about one million per year, there’s stress in constantly searching for funds. In addition to the voluntary adoption donations, there’s ongoing funding from long-time individual and corporate supporters, and funds raised from their lively, annual lip-sync competition featuring kids and families.

Through their Elderly, Disabled, and Veterans Program they partner with Meals on Wheels to provide pet food for their clients. Since the onset of the COVID pandemic, they donated 90,000 lbs. of pet food to local food banks so that the families experiencing financial difficulties don’t have to worry about how to feed their pets. They recently hired non-profit gurus to restructure the rescue for the future and to ensure that their legacy continues on after their demise. 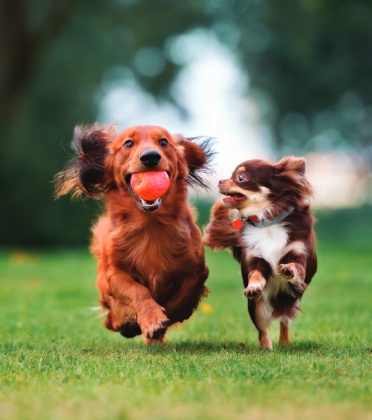 “Personally, this has so greatly enriched my life, knowing that not only have we changed dog lives, but also human lives,” Danny says. “From the movie Life in the Doghouse I can’t tell you how many incredible emails we’ve received. One was a father who didn’t know his son was gay and he felt very distant and disconnected with his son. He watched our movie, wrote to us his story, and thanked us.”

“We have friends ask ‘Why don’t you guys retire or do this or that?’,” Ron shares, “But who is going to save all these dogs that did nothing wrong but just be born. We just can’t turn our back on them and walk away. I think we were put on this earth to do this and we’ll continue as long as we’re still here.” 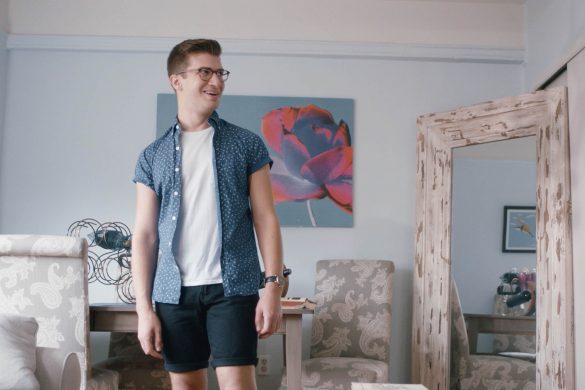 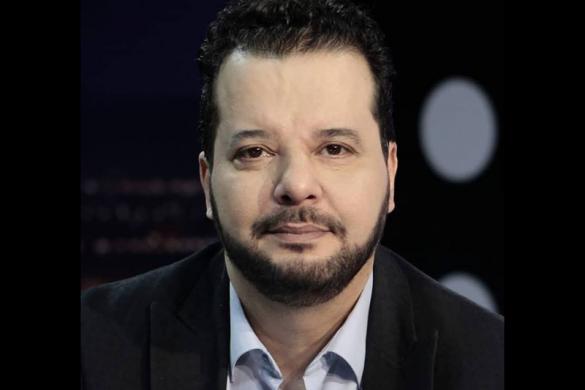 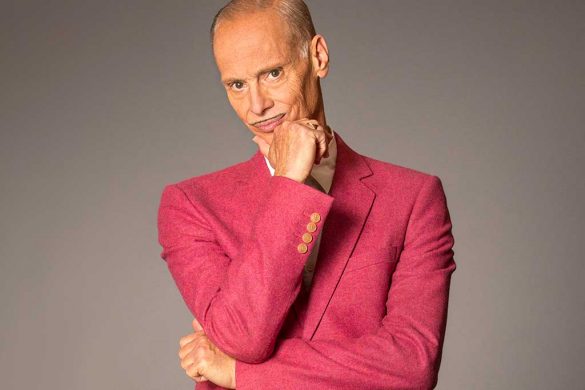 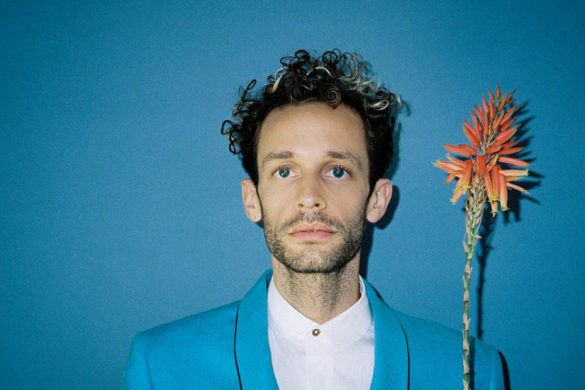