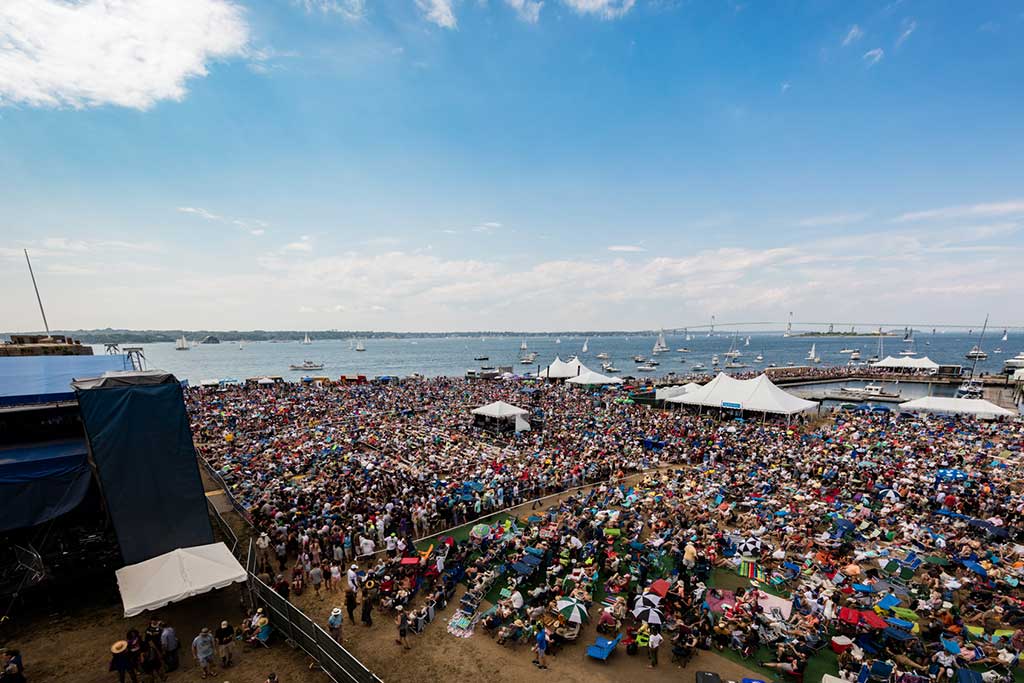 Take a quick browse through the ‘jazz’ section of any record collection and the words “Live At Newport” will keep popping up, apropos of the festival’s mythic history of iconic performances from nearly every icon of jazz.

Few locales embody summer like Newport, Rhode Island. Complete with a picturesque coastline, fabled mansions, historic cobblestone streets, and inviting beaches, it’s also the home of the legendary music festival that has laid the template for festivals and concerts the world over: the Newport Jazz Festival.

Since 1954, the Newport Jazz Festival, now presented by Natixis Global Asset Management, has been at the heart of Newport’s summer calendar. Set August 4-6 on Narragansett Bay, this year’s festival features over 50 sets of music at Fort Adams State Park and the International Tennis Hall of Fame. Take a quick browse through the ‘jazz’ section of any record collection and the words “Live At Newport” will keep popping up, apropos of the festival’s mythic history of iconic performances from nearly every icon of jazz (Ella Fitzgerald, Miles Davis, Duke Ellington and Bilie Holliday, just to name a few). But in the sixty-plus years since that inaugural festival, Newport Jazz has provided a stage for iconic artists from across genres, including Frank Sinatra, Barbra Streisand, James Brown, Led Zeppelin, Mahalia Jackson and Chuck Berry – artists who make for what Rolling Stone describes as a “legendary” festival.

Aside from incredible music, another fixture at the festival is George Wein – Founder and longtime Producer who has (upon celebrating his 91st birthday) recently handed the reins to bassist Christian McBride as Artistic Director.

The quality of the music at the Newport Jazz Festival is rivaled only by the stunning setting of the festival’s home venue. Fort Adams State Park, a treasure of the national park system, is situated on the mouth of Newport Harbor and features sweeping panoramic views. The festivities at the Fort include four stages of music, fresh and local food options (including lobster rolls and other New England classics), craft and artisan shopping, and beer and wine gardens.

The festival’s annual Friday evening concert takes place at the International Tennis Hall of Fame at the Newport Casino, in an open-air stadium. This year’s concert brings New Orleans favorite Trombone Shorty back to Newport, as well as a folk-infused performance by Rhiannon Giddens. 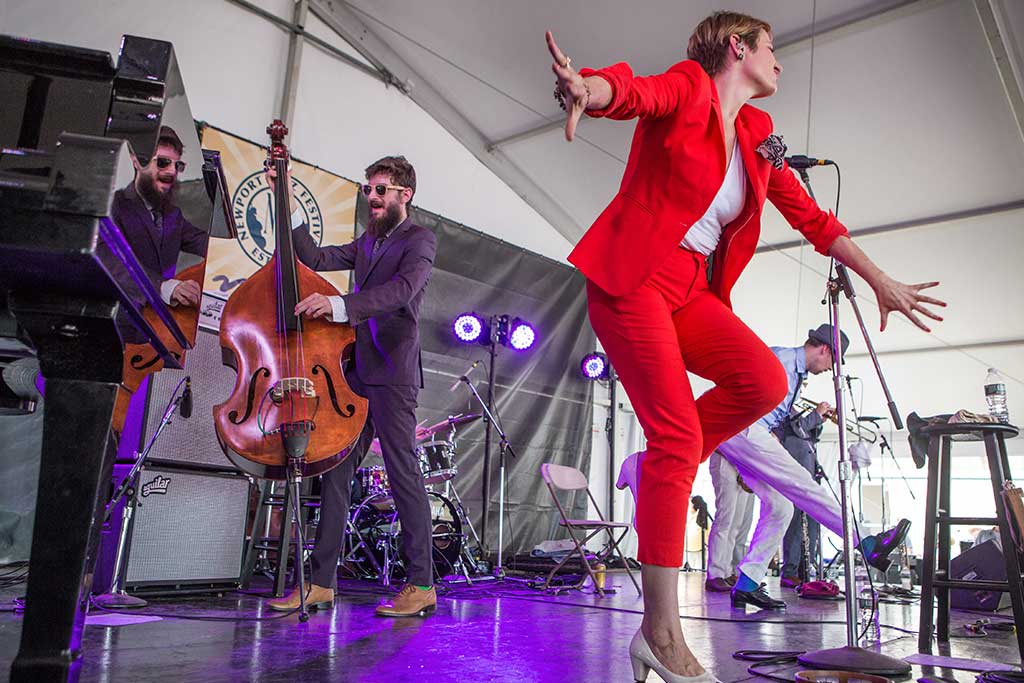 Just crossing the bridge onto Aquidneck Island is a great reason for a celebration this summer, but 2017 pays tribute to the 100th birthdays of three giants who shared plenty of music and memories at the Newport Jazz Festival. Jazz 100: The Music of Dizzy, Mongo & Monk will be a birthday celebration to remember. Christian said, “When you think of all of the jazz greats who would be celebrating their 100th birthday this year, you can’t help but get into party mode.”

One of Broadway’s brightest stars will showcase his jazz sensibility at this year’s festival. “Hamilton is the Broadway show of the century,” said Wein, “and we’re looking forward to the Newport debut of Leslie Odom, Jr.”

McBride chimed in, “To see his versatility on stage in Hamilton and then experience him as a really good jazz singer is unbelievable. He could be in the mold of a Sammy Davis, Jr., an artist who could do it all.  I can’t wait to see Leslie’s star rise even higher than it has been over the last couple of years.”

As The Wall Street Journal notes, the Newport Jazz Festival is “…the unchallenged epicenter of the jazz world­­—the equivalent of South by Southwest, Ted Talks, Sundance and Burning Man all rolled into a single weekend.”  – and each year the festival adds another vibrant chapter to its storied legacy. 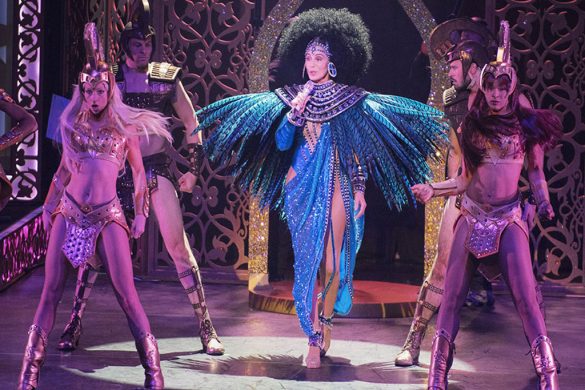