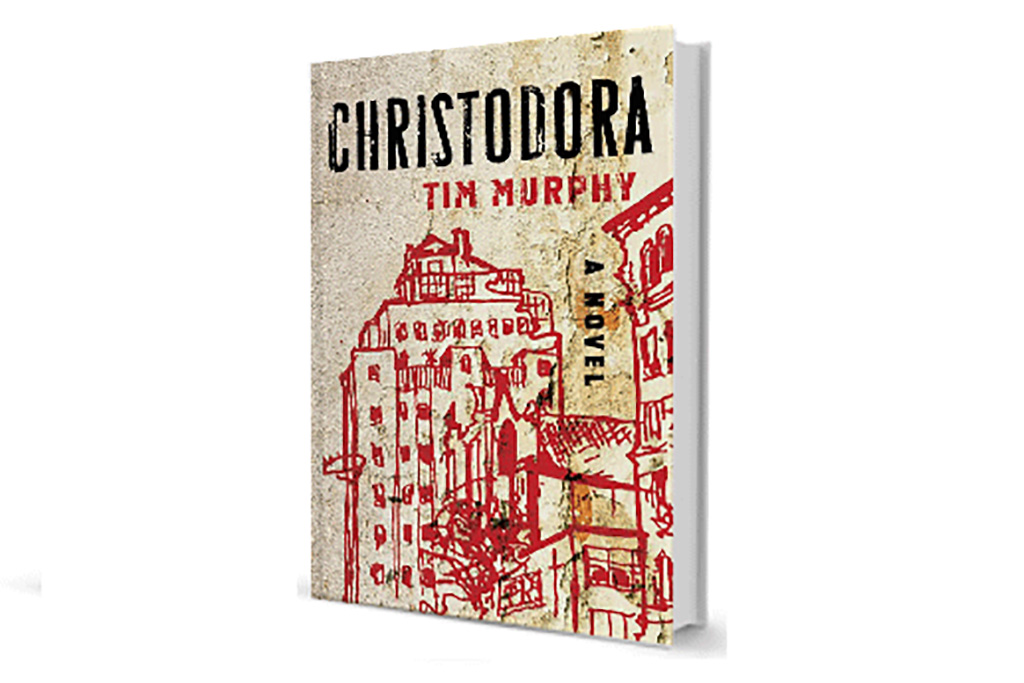 Where Armistead Maupin’s Tales of the City was loosely structured around a fairy tale Victorian house on San Francisco’s Barbary Lane, Christadora is named for an apartment building in New York’s gritty East Village. 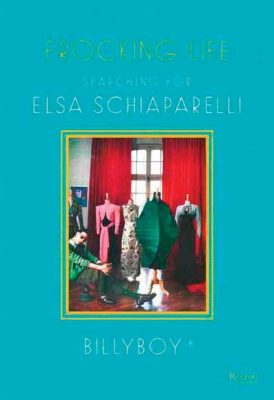 BillyBoy* is a cheerfully confident creature of near-impossible fabulousness. That asterisk (or is it a typographic twinkle?) is built right into his self-given name. The New York–bred, France-based designer, curator, and fashion historian (now in his late 50s) has, been best known to those of us outside of jet-setty circles as the author of the definitive coffee table volume on Barbie dolls, one of his many eclectic obsessions. That should change with the publication of his exuberant new hybrid of memoir and tribute: Frocking Life: Searching for Elsa Schiaparelli (Rizzoli, $39.95. www.rizzoliusa.com), a love letter from an artist to his muse. It’s a simultaneously dizzy and brainy book, busily embroidered with sharp aesthetic insights, juicy society anecdotes, wackadoodle prose, and incontestable joie de vivre. Since the age of 14, when he vividly recalls discovering a Schiaparelli hat embellished with a golden housefly at the Clignancourt flea market: ”I was thunderstruck, truly so, and with a thunder made of unearthly divine positivity.” BillyBoy* adopted the legendary Italian designer as his couture-clad spirit animal. By the time the well-born Mr. Boy (a moniker coined by his partner of over 30 years) was in his early 20s, he’d been a Diana Vreeland protegee, an Andy Warhol superstar, and a non-stop, nonchalant visual spectacle. In an introduction, we read of him “lying naked in bed at the Chelsea Hotel…with William Burroughs”, wearing “a Cartier diamond necklace…a few real squash blossoms and cornflowers and a pair of striped blue and silver Fiorucci disco socks.” BillyBoy* whisks readers through four decades of socializing, art-making, research, collecting, and relentless daily creativity, all fueled by his desire to embrace the essence of Schiaparelli (Her own memoir was titled Shocking Life). The sensibility shared by BillyBoy* and Schiaparelli is more gaga than Gaga, and racier than ten seasons of Drag Racerolled into one, but in this era of ego-driven celebrity and reality TV-as-marketing, its a joy to spend time reading about folks whose motivations lie in childlike curiosity and genuine self-expression. “Clothes for me,” BillyBoy* writes in this artist’s love letter to his muse, “are amusing, silly, camp, and to be played with like fire or Tinker Toys…It’s seriously superficial and creates any reality you’d like.” 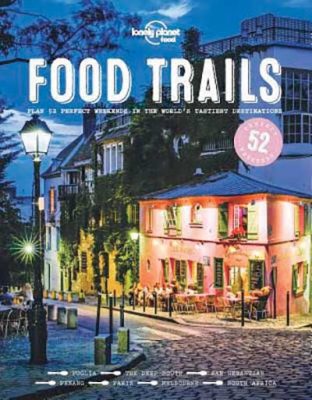 Let’s go! And let’s eat! These are the two guiding principles behind Food Trails (Lonely Planet, $24.99. shop.lonelyplanet.com/world/food-trails-1), a drool-inducing new compendium of directions for following paths of breadcrumbs all around the world. If you make eating a centerpiece of your travels, this book is a must. Its 52 cuisine-themed itineraries, in locales from Portugal to Peru, are each practically designed for two-to-three days of mouthwatering wanderings. On the west coast of Ireland, for example, you’ll be guided on a drive from Galway to Westport, taking in coastal coves and inland quartzite peaks between stops at insiders’ favorite mom and pop oyster bars, fish and chipperies, and seafood smokehouses. You’ll also get plenty of food for thought, as you learn about cooking with kelp and sustainable fishing on highlighted tours and guided visits. Whether you feel lured to the souks of Morocco or the night markets of Thailand, there are carefully curated plans for you in these pages. They’re all served with enticing photos and brief cultural backgrounders on the side and perfectly seasoned with addresses, contact information, and opening hours for every stop along the way. 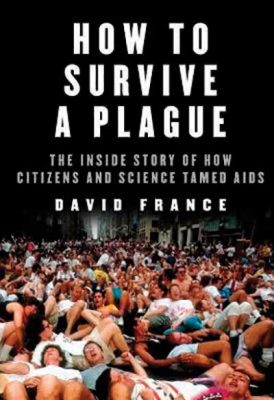 How to Survive a Plague

For avid readers of a certain age, there are times when parts of your life that still feel like yesterday begin to be presented as history. Two important new books: How to Survive a Plague by David France (Knopf, $30. www.davidfrance.com) and When We Rise by Cleve Jones (Hachette Books, $27. www.clevejones.com), will bring on many such moments for Passportreaders who lived through the 1980s and experienced the brunt of the AIDS epidemic in the United States first-hand. A more in-depth exploration of the subjects France covered in his Oscar-nominated 2012 documentary of the same title, Plague is a sweeping epic of the often fractious collaboration between everyman activists and brilliant scientists that marked the rise of ACT UP and the Treatment Action Group and, ultimately, created a radical transformation of government and medical protocols. Bound to fill many readers with the bitterest nostalgia and deepest gratitude, it will also fan the embers of righteous, decades-old anger, a valuable emotion in today’s American political climate. 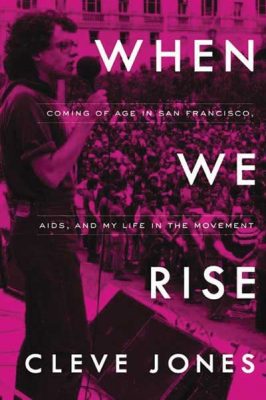 Thoroughly researched with a wide range of perspectives, Plague is nonetheless sparked with France’s first-person engagement. An early AIDS activist himself, the author brings a fervent intensity to his prose that helps power the reader through a story sometimes as complex as it is tragic. In light of the recent debunking of the Patient Zero narrative confabulated by Randy Shilts in And the Band Played On, France’s book is likely to become the definitive chronicle of our country’s response to what was first laughed off by many as a well-deserved “gay cancer.”

Where France covers the breadth and intricacy of the fight against AIDS, Cleve Jones tells his story (which encompasses not only AIDS, but the entire gay rights revolution, from the 1970s onward) from his own singular point of view. Rich in Zelig-esque anecdotes, Jones recalls his personal involvement in key historical moments and movements (Gay teen in 1970s San Francisco, political firebrand under the wing of Harvey Milk, and creator of the AIDS Memorial Quilt). While used as source material for the similarly titled February mini-series on ABC Television, Jones book better captures its author’s thoughtful, funny, and passionate voice as he bears witness to an era of remarkable change. 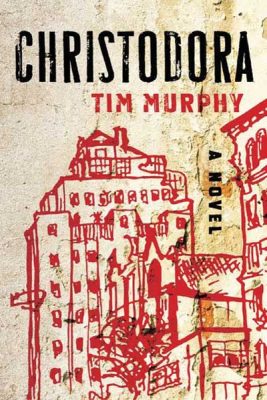 For a satisfying take on many of the same topics dealt with by France and Jones, Tim Murphy’s engrossing, pleasingly melodramatic novel, Christadora (Grove Press, $26. www.timmurphynycwriter.com) is just the ticket. Where Armistead Maupin’s Tales of the City was loosely structured around a fairy tale Victorian house on San Francisco’s Barbary Lane, Christadora is named for an apartment building in New York’s gritty East Village. The characters who come to live in the building over the course of four decades include several generations of yuppies, junkies, AIDS activists, and artists whose lives turn out to intersect in unlikely, heartbreaking ways. With its eccentric, sexually, and ethically varied cast, some unlikely but rewarding plot twists (again evocative of Tales), and a lively structure that hops back and forth in time, letting readers unexpectedly meet characters at different stages of life, this is a book to be gobbled. Even with all the serious subject matter it draws upon, Christadora is a speedy page-turner.