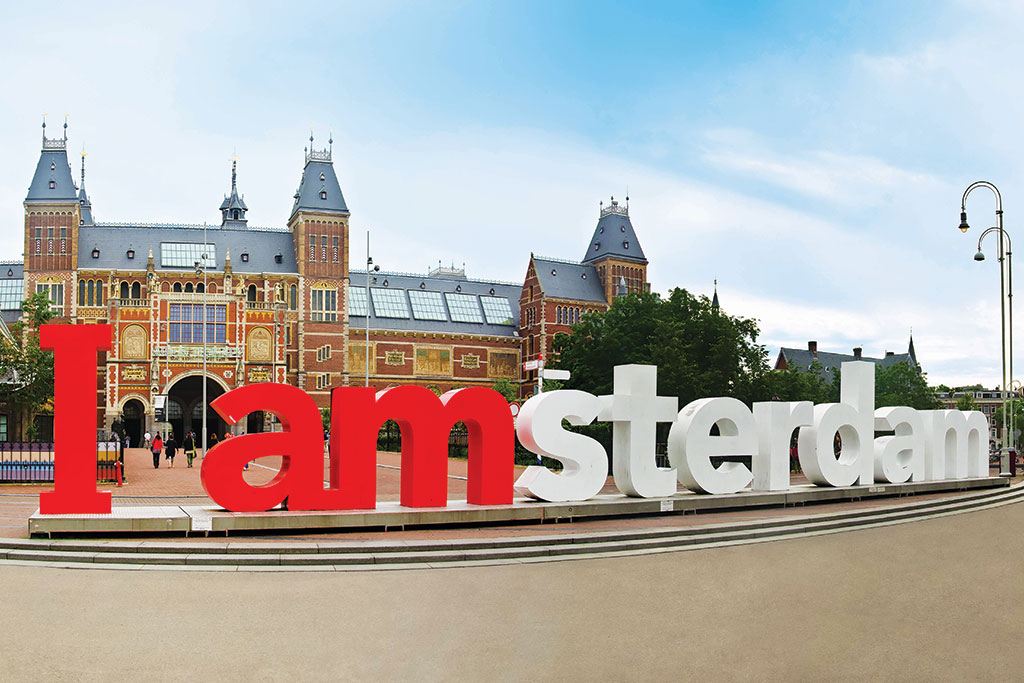 With brand-new award-winning hotels, tantalizing, au courant restaurants, and upgrades to some of the city's most prized cultural attractions, Amsterdam is the place to be!

If you’ve already visited the world-class museums of Amsterdam, new additions and enhancements will ensure a completely new experience. The ten-year, half-billion renovations at the legendary Rijksmuseum (Museumstraat 1, Tel: 31-20-6747-000. www.rijksmuseum.nl) was so ambitious (and controversial) a documentary was made of the feat. Virtually a brandnew Rijksmuseum was created that’s in line with the 21st century, while still honoring its past. The largest and most visited art museum in Holland has 8,000 works on display including Rembrandts and Vermeers, and is as integral to Amsterdam as its canals, tulips, and windmills.

Next door, the Stedelijk Museum (Museumplein 10, Tel: 31-20-5732-911. www.stedelikj.nl) also underwent major renovations and a 100,000-square-foot extension. The striking building reflects Amsterdam’s progressive flair, and some say the interiors and the structure of the modern art museum is more engaging than the artwork (though their pop art collection featuring works by Warhol and Lichtenstein is impressive). 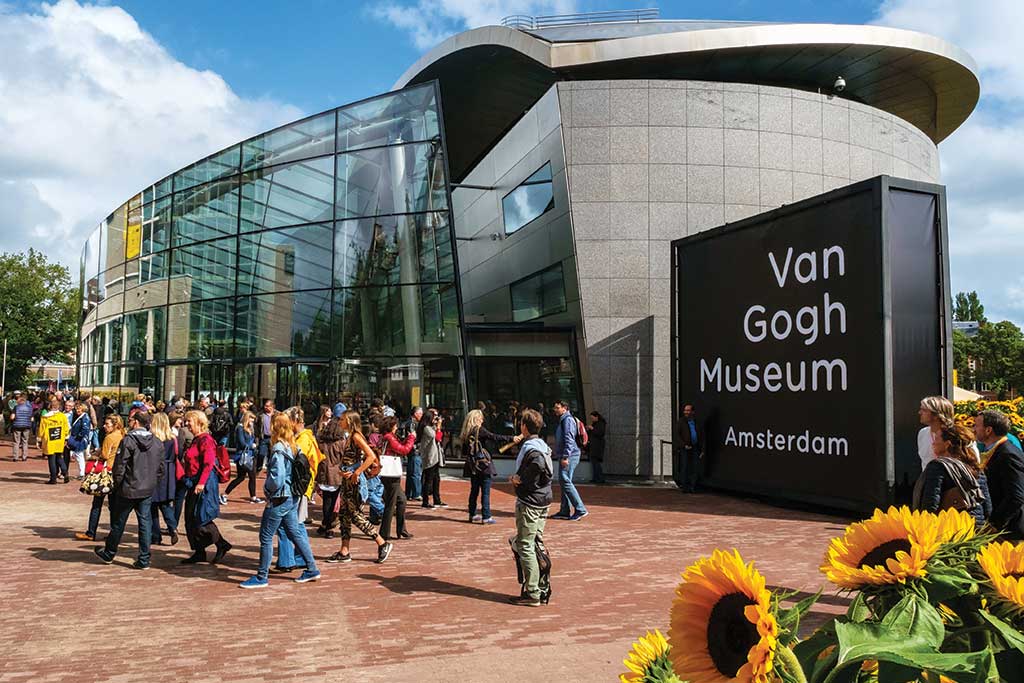 Any cultural visit to Amsterdam isn’t complete without exploring the van Gogh Museum (Museumplein 6, Tel: 31-20-5705200. www.vangoghmuseum.nl). In 2013, it reopened after a $20-million renovation, and the historic museum features more paintings, drawings, letters, and even paintbrushes the famous Dutch painter used.

While Amsterdam is world famous for its Golden Age canals (now an appointed UNESCO World Heritage Site), the islands have proven to be the next big thing. Ferries (or private boats) can whisk you to a number of burgeoning islands like NDSM, a former shipbuilding yard with hangers from the 1920s that now serve as the stomping ground for local hipsters and young families. A stylish restaurant, bar and waterfront, manmade beach (equipped with tire swings and benches) make it the perfect urban oasis as well as a lens into Amsterdam’s desire for growth outside the canal ring. Just north is the arts-driven IJburg Island, featuring a film museum, dance clubs and lounges, and nifty, foundation-less houses that float on water.

Just as exciting as the new frontier in hotels, the restaurant scene has grown 27 percent in the past five years alone, proving there’s more to Dutch dining than cheese and potatoes. Chefs have embraced international flavors and modern techniques, opened restaurants with striking design and elevated overall dining experiences.

Unbelievably, on my previous eight-day visit, there wasn’t enough time to try all the new and notable spots. Luckily, I was able to nab a table at Happy Happy Joy Joy (Bilderdijkstraat 158HS, Tel: 31-20-344-6433. www.happyhappyjoyjoy.asia), an edgy, street foodinspired Asian restaurant that’s boisterous and busy on any given night. Only open a year, it’s so in demand that reservations are necessary for this casual dining spot. HHJJ is animated, trippy, and fun, with Asian-themed posters and murals, popping colors, and paper lanterns, you will feel like you’re in some insane cartoon. In lieu of traditional meals, all dishes are designed for sharing plates inspired by street food and dim sum in China and Southeast Asia (from shu mais to bho khos, panang curry to pad thai).

My favorite meal in Amsterdam was at Jansz (Reestraat 8, Tel: 31-20-5235-282, www.janszamsterdam.com), a sun-drenched, stylish and elegant restaurant in the Nine Streets district. Incidentally, this is my preferred district in Amsterdam: the centuries-old streets are chockablock with modern boutiques, cafes, restaurants, and tasteful souvenir shops.

Jansz is helmed by Cassidy Holman, former sous chef at Momofuku in NYC, who serves up modern classics with a subtle Dutch touch (Dutch oysters and duck-liver mousse with truffle is a highlight, and the Reypenaer cheeseburger is TDF), with everything in-house made from scratch (down to the syrups). The entrance is actually an old pharmacy, complete with vintage apothecary jars and a tiled-floor. 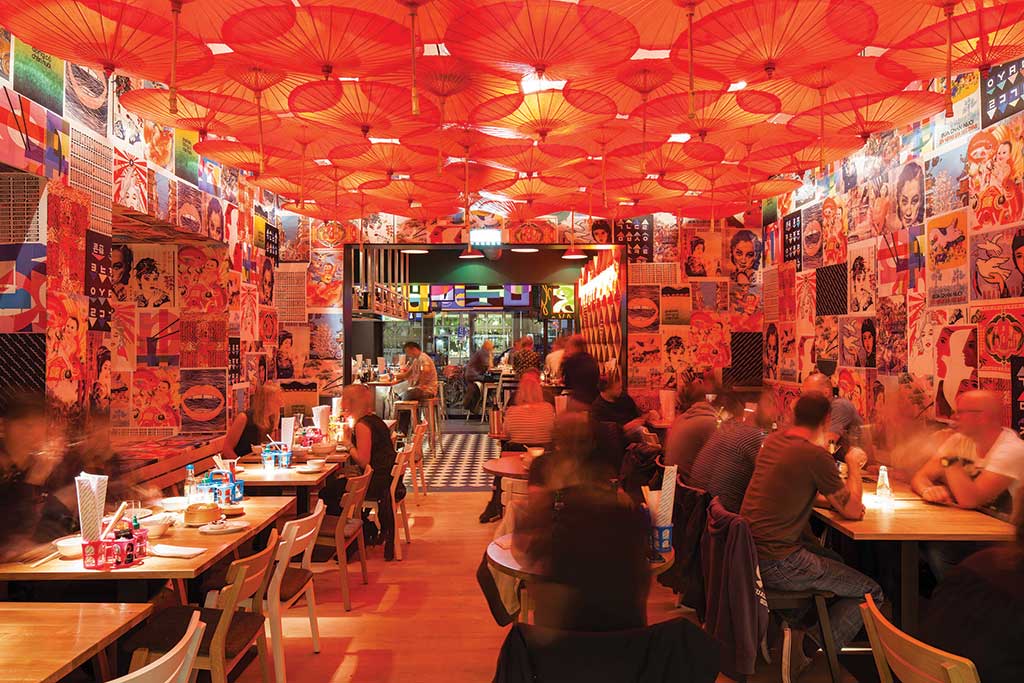 While you’re in Amsterdam, make sure to visit Breda (Singel 210, Tel: 31-20-622-5233. www.breda-amsterdam.com), the restaurant of the moment, which was opened in December 2015 by a pair of twentysomethings local chef heroes, Freek van Noortwijk and Guillaume de Beer, and co-owner Johanneke van Iwaarden. Breda is their second venture (after popular hot spot Guts & Glory), showcasing the best of Southern Netherlands culinary scene (Breda is the name of the small town they were born). The elegant tasting menu includes rich and perfectly seasoned dishes (from soft belly pork, duck and cauliflower fried in beurre noir and freshly grated black truffle) that flaunt originality and creativity.

Gay history flourishes in Amsterdam. Not only was homosexuality decriminalized here in 1811, the first gay bar in Europe opened here in 1927. The Netherlands was also the first country in the world to legalize same-sex marriage (2001), so calling Amsterdam “gay friendly” is largely an understatement. It’s not unusual to find gay happenings throughout the city (even canalside circuit parties) at any random moment, and the nightlife scene remains solid for gay travelers.

While there aren’t many new businesses considering the healthy number of spots that are already thriving in the gayborhood Reguliersdwarstraat, Church (Kerkstraat 52, Tel: 31-20421-0392. www.clubchurch.nl), opened in 2008, remains the most booming and over-thetop club. Think Greek columns, impressive lighting and sound system, and plenty of dark nooks and chambers to keep the surprises coming until the wee hours of the morning.

Relive history at Cafe ’T Mandje (Zeedijk 63, Tel: 31-20-622-5375. www.cafetmandje.nl), the first gay bar in Amsterdam (and all of Europe), It’s a true institution that’s lively and cramped on the weekends with plenty of eye candy (from the fun and quirky memorabilia to the diversity of the boys that hang out here), and the cocktails are as stiff as they come.

Speaking of booze, Ketel One, the gay man’s favorite highbrow vodka, is based right outside of Amsterdam, and celebs like Leon Bridges and Fashion Blogger Bryan Boy have been heading to the Nolet Distillery (Hoofdstraat 14, Tel: 31-10-246-2929. www.noletdistillery.com) for proper Ketel One lovin.’ The family-run distillery, just 45minutes outside the city, features new VIP experiences, a theater, engaging tours and, of course, premium vodka tastings.

With impressive new luxury hotels, renovated, world-class museums, a modern culinary movement, and thriving LGBT culture, Amsterdam is a classic city that never fails to inspire. Travelers are finding more reasons to explore (and rediscover) this city that’s reinventing itself as a worldclass destination. Amsterdam’s renaissance is a force to be reckoned with, and it’s come a long way for a city with only 600,000 residents. As most travelers would agree, there’s always something new with every visit, and I know I’ll be back soon. As they say in Holland, “Gezelligheid kent geen tijd (time spent together is time well spent!), and my relationship with Amsterdam will only deepen from here.

Male Intimate: Underwear Fashions on the streets of Lisbon, Portugal