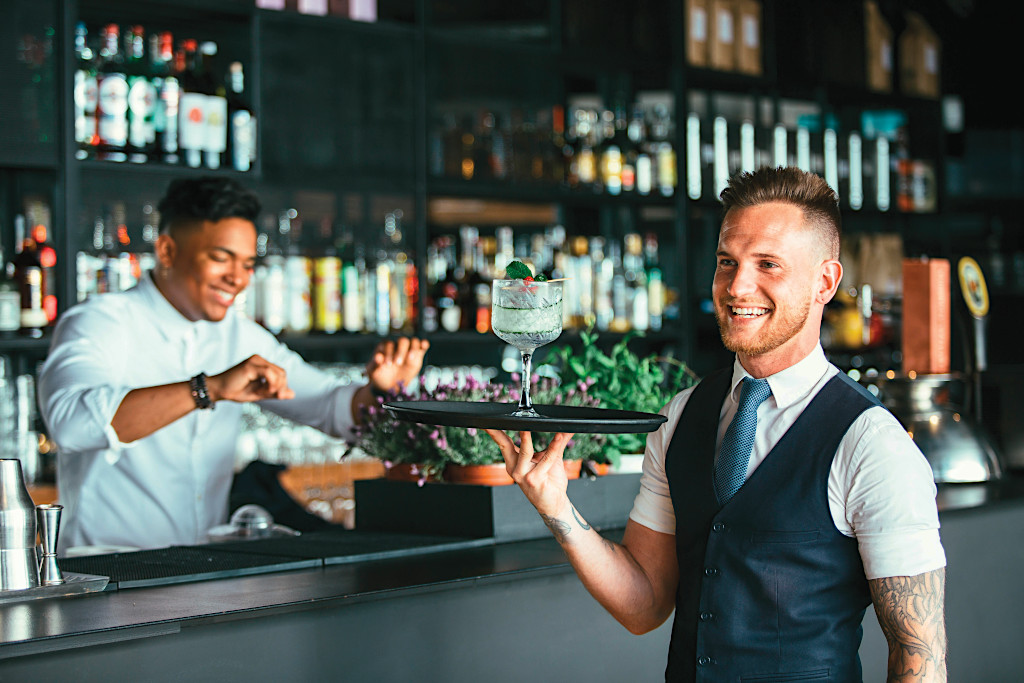 In decades of writing about travel and food, I’ve experienced some foodie moments to beat the band. Some were hilarious, some infuriating, some downright touching, but all of them were notable in some way.

ONE POTATO…
This one happened to my friend Duncan, the son of Jackie (of asparagus fame). He’s with a group of friends in a steakhouse, and his potato seems a little…off. He motions over the server and says “I think this potato is bad.” Well, any ordinary server would take the potato back and bring him a new one. But this was no ordinary server, and as the table looks on in glee, the server proceeds to start slapping the potato, admonishing “bad potato, bad potato!” before taking it away and making the table’s denizens totally forget there had ever been a problem. Sometimes a little humor goes a long way!

SERVER FROM HELL
Not all servers have quite the grace (or the humor) of Duncan’s waiter, and my friend Lucy and I experience what might be the worst waiter in the history of waiters. We’re in this Indian restaurant in Philadelphia, we’ve placed our main dish order and the waiter asks, “And did you want any bread?” Lucy says, “Well, actually, I’d love a poppadum.” The guy’s face turns every shade of red, and our puzzlement grows as he starts to sputter, and finally, in a voice loud enough to be heard back in India, he screams at Lucy, “A POPPADUM IS NOT BREAD!!!!” We sit there, aghast: has he really just yelled at her like that? Over something so minor? We’re tempted to say “well, whatever it is, just bring it,” or “well, no one actually said it was,” or a simple, “yes, darling, we know,” but we’re both so startled we can’t seem to form any words. I’ll tell you something, though: even now, years later, if the server brings us bread, we’ll inevitably say to each other when he/she leaves, “That is NOT a poppadum, which as you know IS NOT BREAD!” Well, I guess he unintentionally provided us with many future moments of laughter, though we still can’t figure out what it was that so seriously offended him about the request. 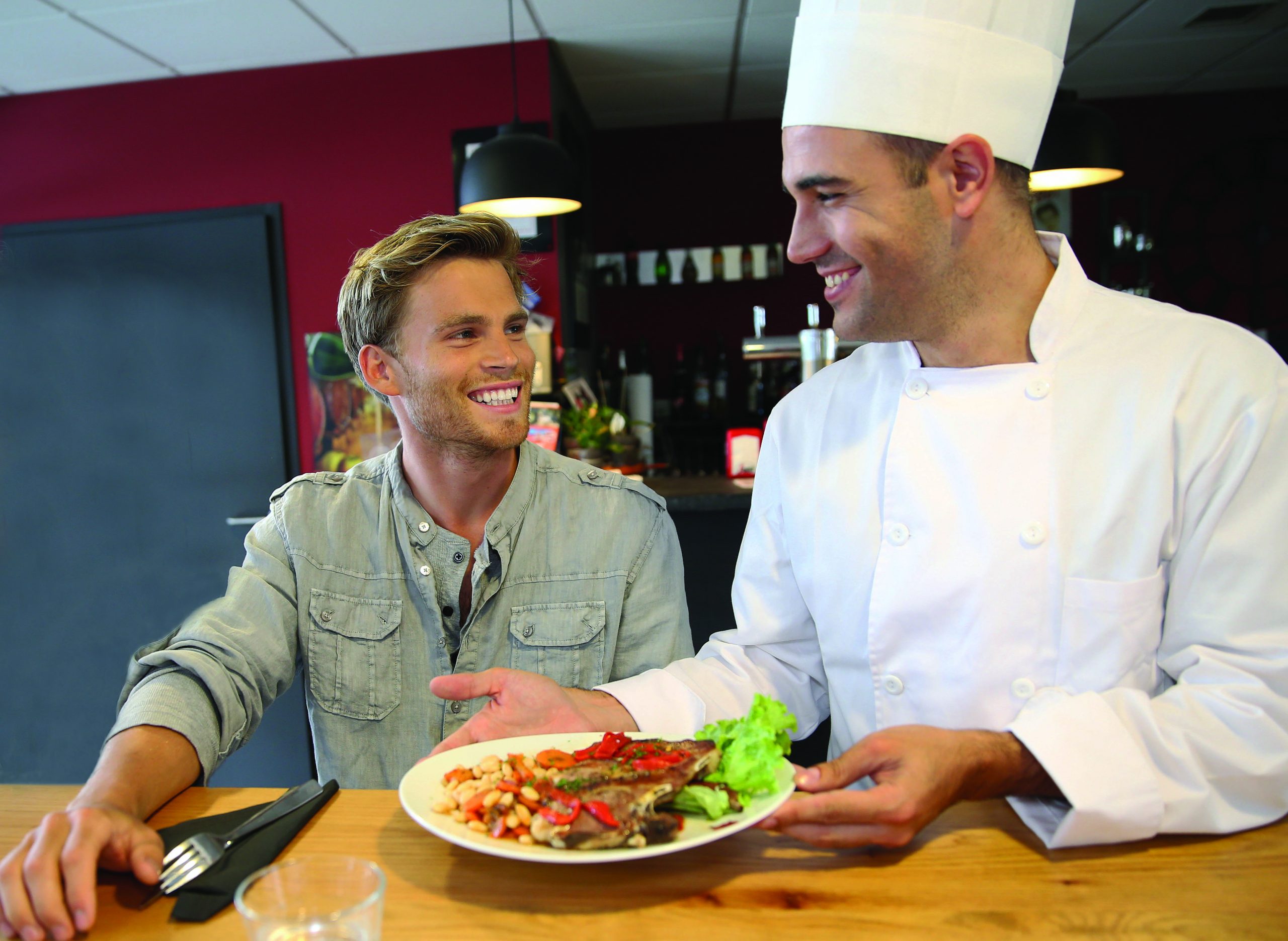 SERVERS FROM HEAVEN
There is a right way to do these things, even when you’re dealing with the one and only Lucy. In the late great F12 in Stockholm, all the appetizers were fish/seafood, which Lucy does not love. So she orders the tuna and asks for it well done. I go off to the rest room, and when I return, Lucy has a chagrined look on her face. The server, she tells me, has just come back to the table and pronounced these ineffably sweet words: “The chef asked me to tell you that if you want your tuna well done, he’s happy to do it for you.” (Telling pause.) “But…he wouldn’t suggest it.” Now THAT’S how you deal with someone who makes a request you don’t think is right! Maybe the Poppadum Man could learn a few lessons from her.

Similarly, I was with my family in the (sadly, also “late great”) Café Terracotta in Scottsdale, where my mother, who famously dislikes “mixed up food,” is having trouble finding something that suits her. She finally arrives at chicken in a chipotle-cherry sauce, and proceeds to start pulling out ingredients one by one. “Chipotle is spicy, right, can we leave that off?” “I don’t know about cherries on my chicken.” Well, this goes on for a few minutes, till finally the waiter stops writing, looks at her, and after a pause during which we’re trembling at what he’s about to say, utters these classic words: “Ma’am,” he proclaims, “if what you want is a plain, grilled chicken breast we can do that for you!” It was a hilarious moment, but taught us all something important: ask for what you want rather than being upset that you didn’t get it. They’re there to serve you, not the other way around. (Though Lucy agreed to have her tuna medium-rare, and she loved it, so I guess you never know.)

MORE GOOD INTENTIONS
Sometimes, though, a server with the best of intentions can’t quite get it right. Take my friend Joe, bless his heart. All I can say is, it’s a good thing he’s had success in the theater world because I don’t think he ever had a great future as a waiter. I include his experiences here because one day you might run into a Joe-like waiter, and I beg you to be understanding. First he was working in an Italian restaurant. A woman ordered pasta and insisted, “It must be al dente!” Well, Joe of course had no clue what this meant, so he took a stab at it: “Ummm….ummm…we’re all out of the al dente, ma’am! Is spaghetti okay?”

Which is nothing compared to his (equally brief) stint in a Japanese restaurant. Picture this: it’s his first day there, and a more experienced server is “trailing” him (maybe his reputation preceded him?). At the end of the evening, trying to be encouraging, she says “Joe, you did really great tonight! I do think you should know, though, that they’re not really called `SH*T take mushrooms.” I try my best to imagine the look on the customer’s face when he offered them the SH*T takes,” but I come up blank. Like I said, the restaurant world’s loss is the theater’s gain.

At least he was trying, which is all you can really ask of anyone. What I’ve found through these foodie experiences is that meaning well, and keeping a smile on your face, go a long way toward making the best of any misadventures that might occur. It’s not world peace we’re talking about here, after all. It’s just food, whether bread or not, al dente or not, or even chocolate moose.

You may also enjoy:  Traveling Gourmet– Wonderful Museum Restaurants Around The World 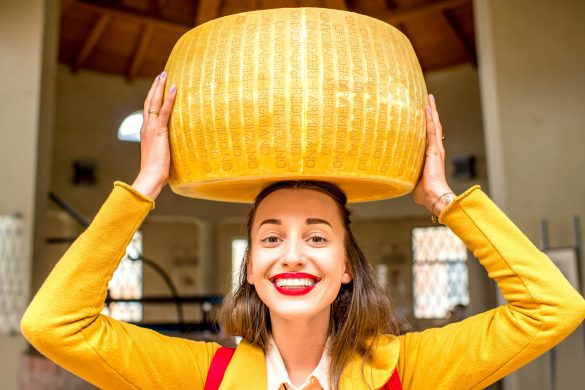 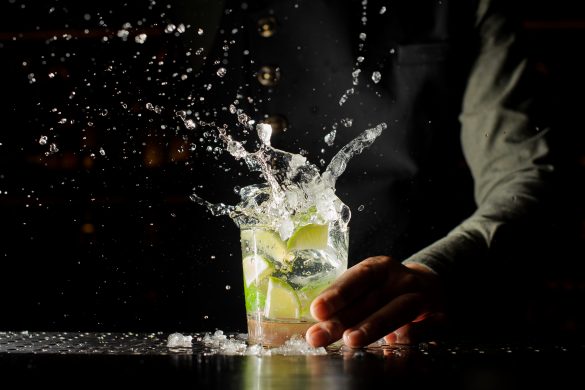 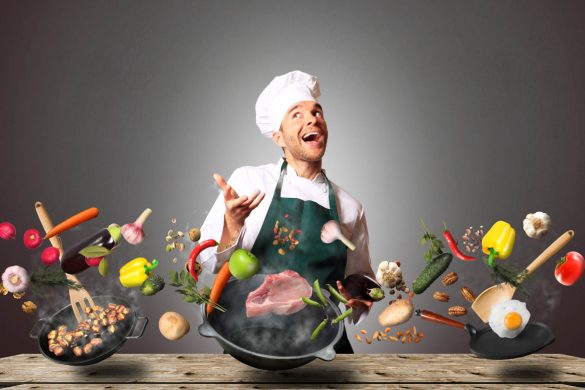