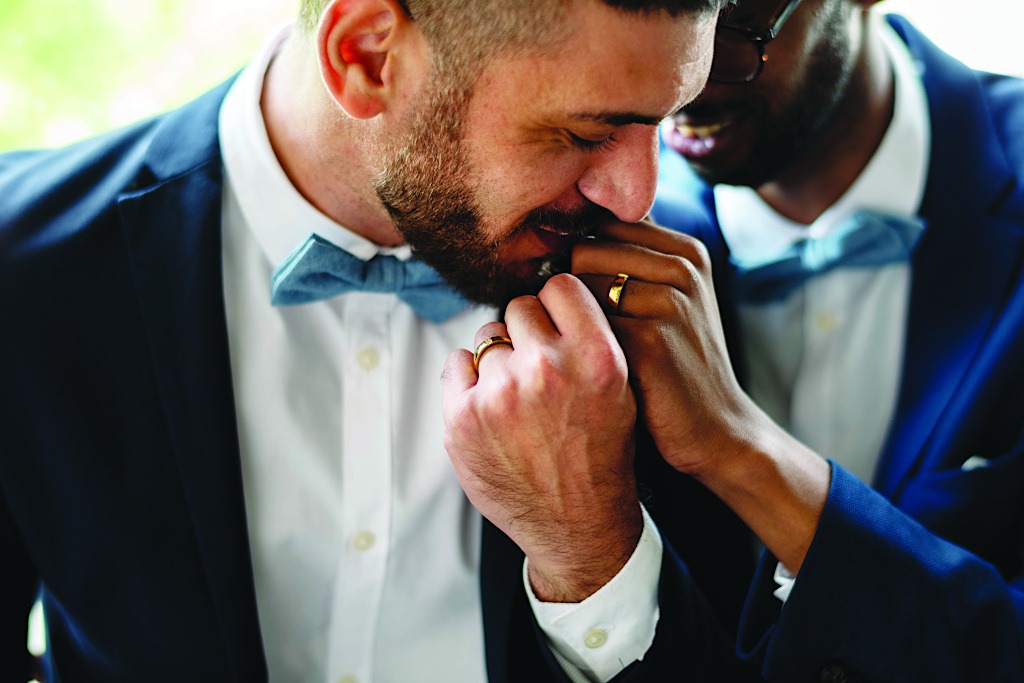 L’Hotel
A once down trodden, cheap hotel in the Saint Germain quarter was suddenly put on the map when Oscar Wilde died there in 1900. After being convicted of sodomy in England, spending two years in prison, Wilde self-exiled himself to Paris, broken and impoverished.

Today it’s the site of one of the chicest boutique hotels in Paris, L’hotel, where a plaque outside honors Wilde. Inside, the hotel is sumptuous and intimate, almost like being in a boudoir. The bar, dark and cozy, clamors to be a clandestine place to have a secret affair. Enveloped with thick velvet drapes, the dining room of Le Restaurant is a study in opulent luxury by the revered French interior designer Jacques Garcia. The very handsome Michelin star chef, Gregory Réjou, creates an outstanding 5-course tasting menu of a game meat paté with black truffle salad, spelt risotto, foie gras with brioche, lettuce flavored egg custard, and scallops with gold caviar.

Take the circular staircase down to the lower level and you will be ensconced in a private hammam and steaming indoor pool. Spa treatments are also available. 13 rue des Beaux Arts. www.l-hotel.com 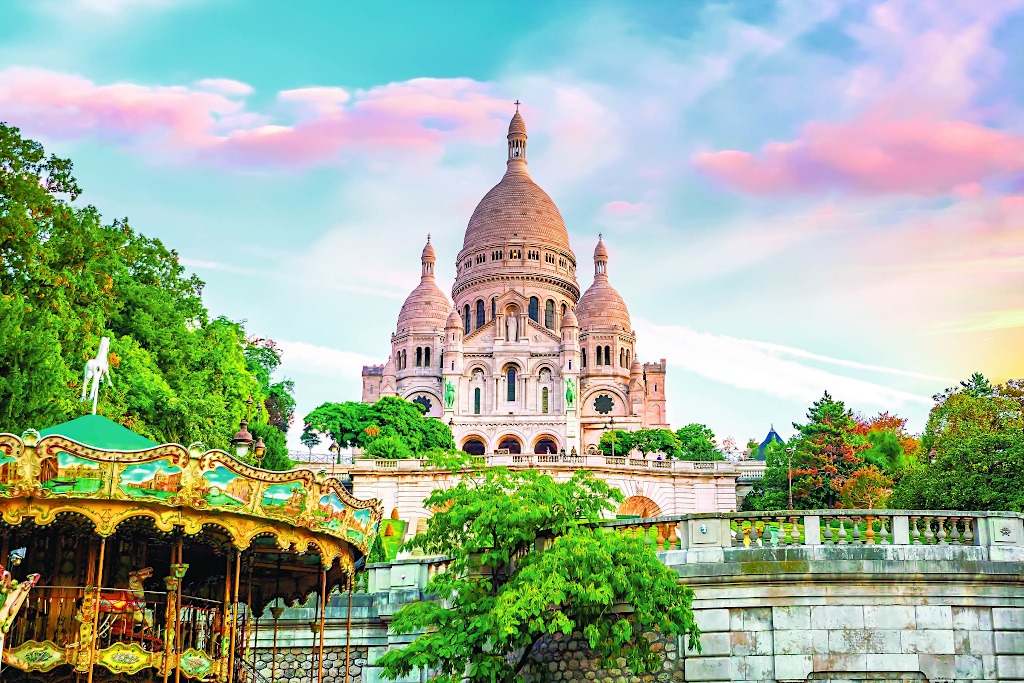 Montmartre
Legend has it that Montmartre, meaning mountain of the martyr in Latin, was named after Saint Denis, who was beheaded because of his sins and allegedly carried his head to the top of Paris while it was still preaching.

If Montmartre feels like a romantic French village, it’s partly true because it was a separate township from Paris before it was incorporated in the city’s arrondissement system in the 1860.

The best way to scale the hill of Montmartre is to take the funicular, but before you depart, take a ride on the whimsical, turn of the century style merry-go-round. Once you depart the funicular and look down, you can see everything from gothic Notre Dame to the colored industrial pipes and ducts of the Centre Pompidou to a peek a boo view of the Eiffel Tower. Turn around and you have another magnificent view, the Sacre Coeur Basilica, an impressive vision of swirled marble Roman Byzantine domes on the outside and inside a stupendous mosaic covering the alter.

Once a haven in the late 1800s for artists such as Picasso, Renoir, Degas, and Van Gogh, there is still an ode to the former artist colony on the Place du Tertre, where modern day artists paint daily and sell their works with the paint barely dry. You and your beloved can pose for an instant charcoal or pastel portrait.