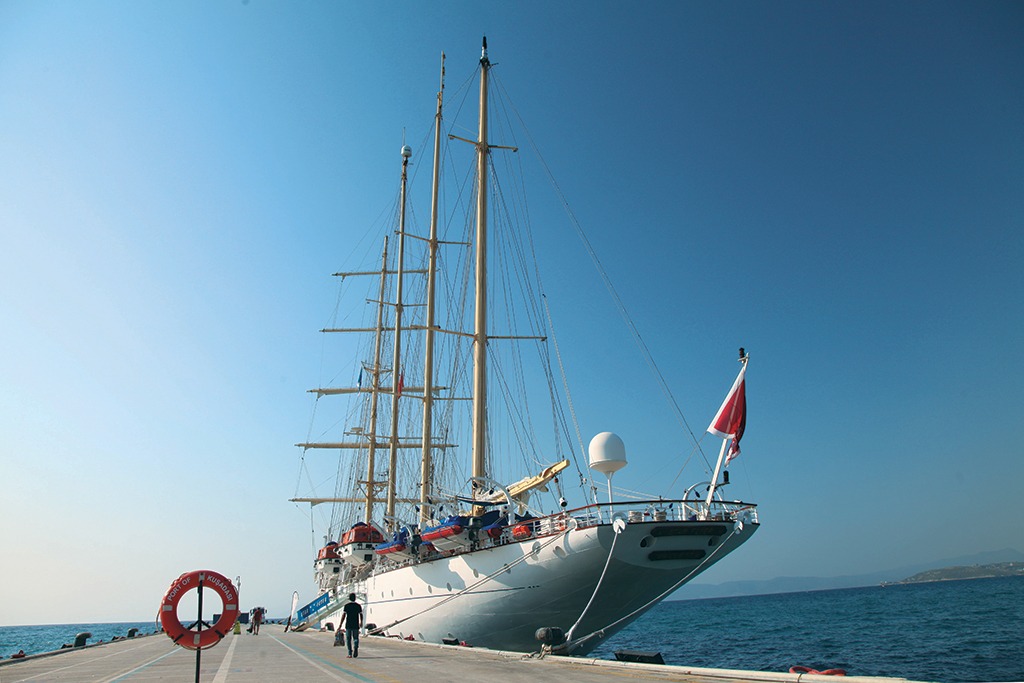 There’s something deeply peaceful about traveling by water and wind. Sailing conjures visions of ancient transit, of clipper ships with regal masts and taut lines bound for discovery. It’s the original mode of long-distance journeying, inviting humans to reach faraway lands. It reminds us of how stargazing is magical, humbling—and essential to navigation.

Though our first stop wasn’t part of the Cyclades Islands, Kusadasi was a fascinating addition to the itinerary. It gave me an introduction, albeit a limited one, to Turkey. We browsed bazaars and enjoyed tzatziki, fish, and the best calamari of my life at Ali Baba Restaurant (4 Ataturk Bulvari Belediye. Tel: 90-256-614-1551) along the seafront promenade.

But the highlight was Star Clippers’s guided excursion to nearby Ephesus, the ancient Greco-Roman city dating back to the Bronze Age. Today, the 550-acre UNESCO World Heritage Site is protected, and some of its architecture is being pieced back together stone by stone, including the marvelous Library of Celsus. Another highlight was the famed Roman-era terrace houses, which were practically frozen in time after a seventh-century earthquake led to their abandonment. Presently, their mosaics, stuccos, and other rich domestic details are being gradually restored.

Greek mythology and architecture beguile me, so I adored wandering around the ancient temples, amphitheaters, waterways, and other structures at Ephesus and the Greek ports. But in many of the islands and mainlands, Biblical and other religious history is just as prominent. Outside Ephesus, Christian pilgrims flock to the House of the Virgin Mary, where she’s thought to have spent her final years, and to the sixth-century archaeological site of St. John’s Basilica, where the evangelist is supposedly interred. 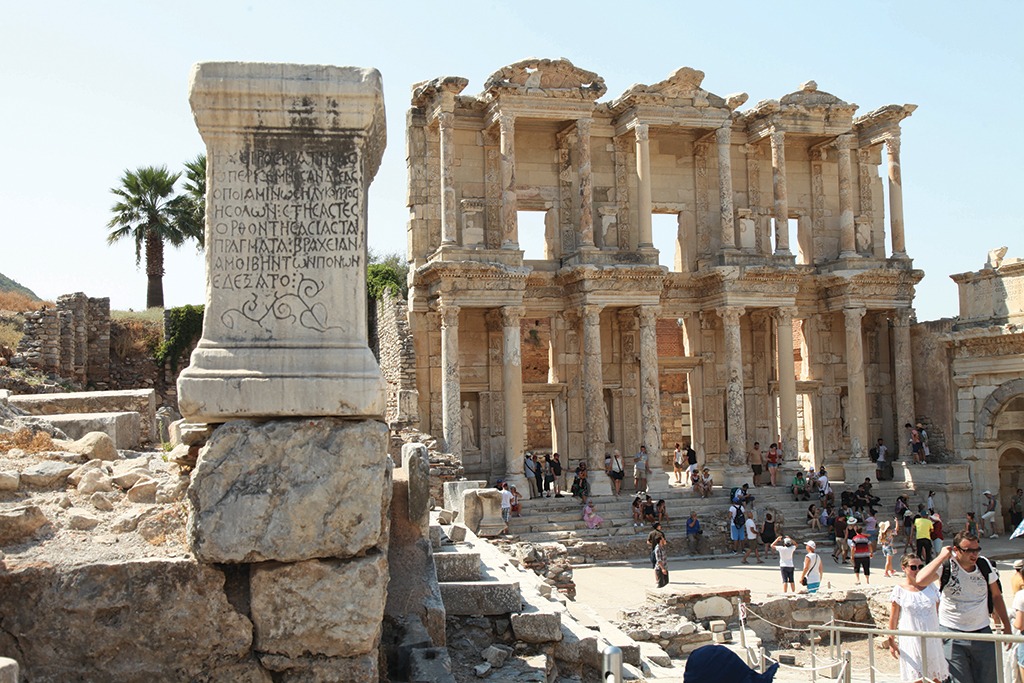 Our ship’s second port was Patmos, where it’s believed that St. John wrote the Bible’s final chapter, the Book of Revelation. The Cave of the Apocalypse, a UNESCO site with an undeniably intriguing name, is a major tour stop along with other ancient religious sites. But Denise and I opted for an excursion to the hilltop of Patmos, called Chora or Hora, the name for most islands’main towns. There we learned about Greek Orthodox history, found some lovely shops and breezy cafés, and the island’s restored 16th-century windmills now converted into turbines.

One of the advantages of traveling by a slim cruise vessel like the Star Flyer is getting to visit smaller ports like Amorgos. Anchored just offshore, we climbed into the ship’s 20-passenger tender (a little bus-like boat that travels to and from shore) to sample small-town Cyclades life.

Though it had a mix of cute boutiques, waterfront restaurants, and historic sites, Amorgos felt undiscovered. We bought fresh fruit and a slice of spanakopita, and settled onto a small beach where a handful of people swam and sunbathed.

Suddenly a new sensory wave drifted in. Denise and I floated in the Aegean and felt an emotional rebirth. The hot sun and the refreshing sea water seemed to wash away stress and worry in a whole new way, flooding us with a renewed optimism. Maybe “buoyancy” is a better term for it. We had at last arrived at the sweetest spot of any trip, when you feel like you’ve returned to your essence, and are gaily immersed in the journey at hand. 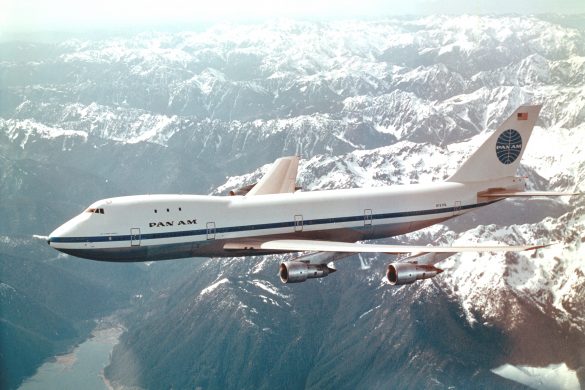