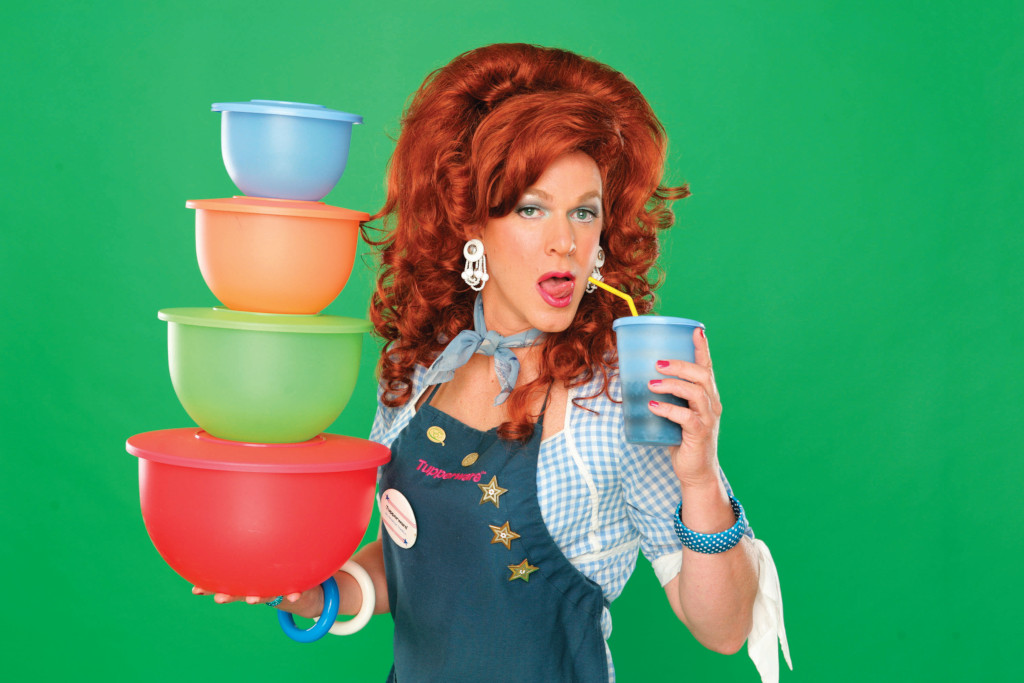 After off-Broadway you took the show on the road. How has COVID affected your theatrical livelihood?
Dixie’s Tupperware Party had been running for 12 years, up until the Branch Covidians shut it down in March (2020). I was supposed to be still playing theaters all through the year, but like so many other people, I got sidelined. With all of the theaters and arts centers closed for the next however long they will be closed, I have been spending most of my time at home in Alabama taking care of my kids who all of a sudden aren’t allowed to go to school. Do you have any idea how hard it is to make up new excuses for the sounds coming out of my bedroom in the middle of the day after this many weeks of them hanging around? It’s exhausting.

Do you have any special moments to share with us that have touched you during your reign as Queen of the Party?
I have had so many ridiculous things that have happened at Tupperware parties. I had a woman laugh so hard that it induced labor and her water broke AT THE PARTY. I had an elderly woman that laughed so hard at the way I was demonstrating one of the mini alcoholic sets for the kids, she coughed her top dentures out of her mouth. That’s one you don’t tend to forget. There was another lady who told me after a party she peed a little on the couch. When I went back to look, there was indeed a little round circle of pee right there where she was sitting. Hey, it was a memorable party.

You’ve traveled all over the world with Dixie’s Tupperware Party and your alternate show, “Never Wear a Tube Top While Riding a Mechanical Bull (and 16 other things I learned while I was drinking last Thursday)”. Any countries or cities stand out as your favorites?
I have been so lucky to travel so much. Most people from my neck of the woods don’t even cross county lines unless it’s to bury a body. There are so many places that I have been overjoyed to travel to. I couldn’t list them all because I’d run out of paper. Mostly, I love the idea of meeting new people and seeing what makes them tick. And everywhere I go, I find people are more alike than different. I have been to Canada and the UK, even Australia which I didn’t even know had food. It was wild. But every place I go, I bring a story back. I really am eager to start traveling again and being back on stage. 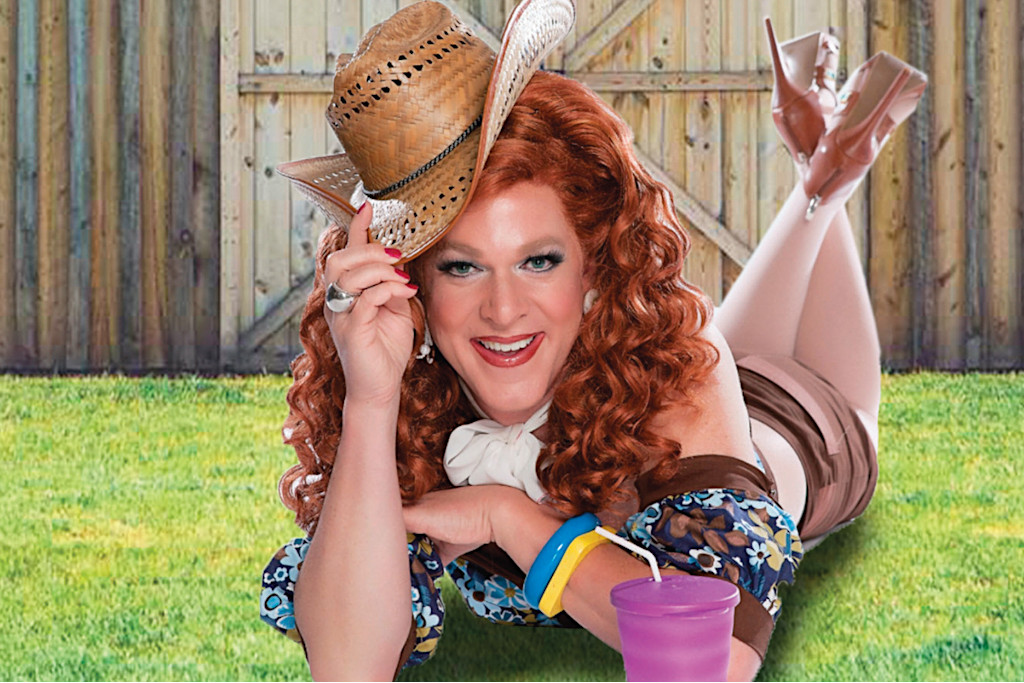 We have a very talented and equally handsome friend in common, the award-winning composer, arranger, and music director, Will TN Hall. It was so great to see you appear on his virtual FaceBook show. How did the two of you meet?
I have been so stinking lucky to perform for Atlantis Events and RSVP for the last number of years. I have been all over the world because of them and learned things during poolside chats that I would have never known about in a million years had I not left the frozen food aisle in the Piggly Wiggly. Late at night on the cruises when everyone else is either in bed or having sex in the corner, they have these amazing talented piano artists that will sing and bang on the keys and make the most glorious music. That’s where I met Will. He is an angel sent from baby Jesus above.

They must love you on RSVP and Atlantis cruises. Is life onboard as wild and fun as I imagine?
What I have found is that it is exactly the speed for what you want it to be. If you want to party and dance till the sun comes up and forget that you ever brought pants on board, you can do that. If you want to sit in the corner of the bar and just draw pictures of dildos on a napkin with a pen, you can do that too. Let’s say you like to see the sights, then you can go to bed early and get up for excursions wherever the boat ends up landing. Some people really like to do that thing where they are jumping up and down on a pogo stick. Judging from the sounds I was hearing in the cabin next door, I think I found some people doing that as well. There’s something for everyone.

In light of the pandemic, you’ve shifted gears and filmed a new show?
It’s true. I have been busy creating a new show that started streaming from arts centers at the start of the year (2021). It’s called “Dixie’s Happy Hour.” I figure these are the times when you really have to look for some things to make you happy every day so why not talk about that in a show. I made drinks and shared stories and hopefully encouraged people to take stock in what makes them happy during these challenging times because it’s way too easy to forget about that. It streamed from Arts Centers and major theaters all over the US and served as a fundraiser to bring some money into those since they are all closed and have no revenue coming into them. It’s my way of giving back to the theater world that has been so kind to me for so long, as well as hopefully making some people smile along the way.

And do you have any idea of when you might start touring again?
It looks like theaters will still be shut down for quite a bit. The Broadway League, which is the Industry organization for Broadway Theaters, producers, Touring theaters, etc., made the announcement that shows won’t open back up until they can sell at 100% capacity. That means until we have enough people vaccinated and people can feel comfortable going back to the theater, then they can start to open things up. For a show like mine, that likely means that I won’t be able to go back on the road till the very late Fall at the earliest.

The Fabulous World Of Miz Cracker

Tina Burner Is Getting Saucey