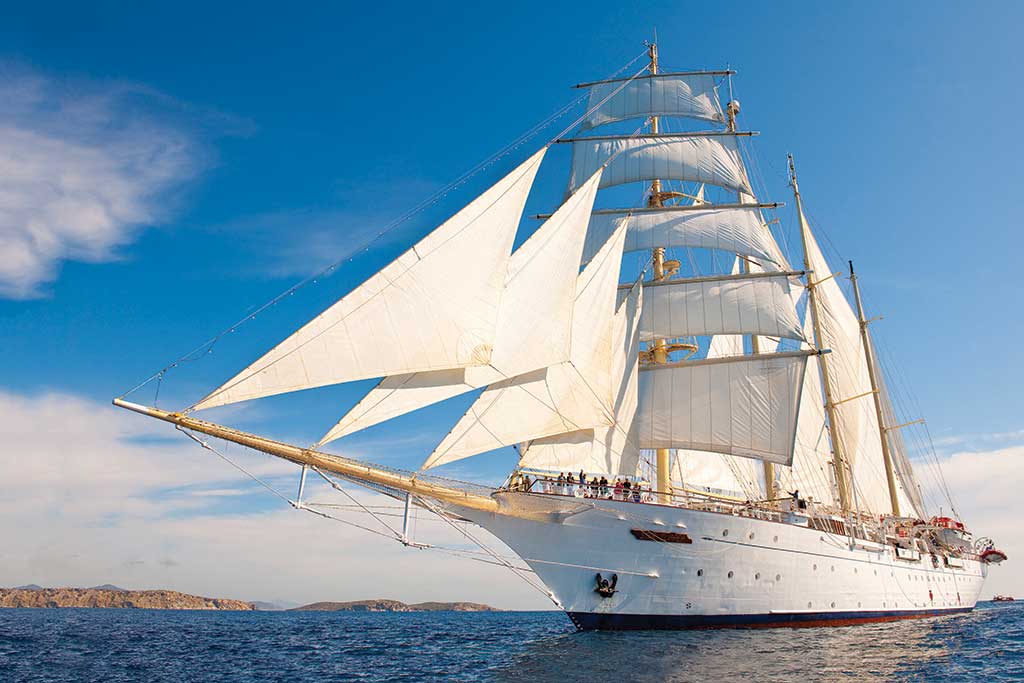 In Malta, several new passengers board, including frequent voyager AnneMarie who boasts that this is her 30th Star Clipper journey. Her first was in 2000, and she quickly became an enthusiast, averaging several trips a year. By now she’s on a first-name basis with staff and crew, and so enamored of ship life that she rarely steps foot ashore. She also made the Atlantic Crossing four times, once in a Beaufort 9 gale with the dining room furniture lashed down, scant meal offerings served on paper plates, and passing hours on the sundeck hooting and hollering as 20-30 foot waves washed over rails. She loved it, all four days. Yet AnneMarie has a rival; a woman who has voyaged on Star Clipper ships 100 times!

That morning there appears on TV the tragic news that yet another boat crammed with African refugees sank. Of the some 800 immigrants only 30 were saved. Malta and Sicily, being closest to North Africa, have borne the brunt, and argue that Europe must help fund the relief efforts. In truth, similar to the Mexican border issue, until the socio-economic challenges in Africa improve, refugees will continue to flee toward a better life.

We dock in Syracuse, Sicily, and a brief cab ride away is the Archaeological Park with the largest Greek Theater remaining from antiquity. We wander through the shaded Paradise Quarry with the “Ear of Dionysius,” a giant cavern with unusual acoustics. Legend has it that tyrant Dionysius I listened in on Athenian prisoners’ conversations to learn about conspiracies. Inside the cave, I try out a few oms, and the reverberations are astonishing. Once I hit the right note, it resonates, penetrating my head and body.

Back in the city center of Ortygia Island, the Greek and Roman ruins are integrated into the shopping district, jutting into the present-day reality. On the Piazza Duomo stands the fabulous architectural hybrid of a second-century B.C.E. Doric Temple to Athena modified into a baroque cathedral, the Greek columns incorporated into the transepts. Alas, it’s Sunday, so most shops on Corso Matteotti are shuttered and the streets virtually empty, but The Fish Shop is open, selling aquatic creatures made from glass, wood, and metal, as well as mobiles, fish puzzles, and toys. Lovely, realistic ceramic fish are displayed in crates on glass “ice” much as they appear in a fish market. The various commissioned fish items are all created by Sicilian and Italian artists.

Nearby, in a narrow alley called Vicolo Zuccola, we pass a restaurant packed with people. At Osteria da Mariano there is no menu, but they bring courses until you say basta! The antipasta includes brushetta with caponata and homemade ricotta with pistachios. The pasta and broccoli starter rivals any pasta dish I’ve ever had. The next plate is grilled fish, while Ruel has rabbit. Though the staff speaks little English, they make us feel welcome, and those of us sitting outside all became great friends by the time we head back to the ship.

Sometime during the night we pass into Greek waters, and fortunately to warmer climes. In the port of Katakolon, we rent a car for five hours, costing only 45 euros, including petrol. The 25-minute drive through the villages and countryside is lovely, the sun brilliant with a light breeze; the perfect day to wander through the ruins of Olympia, the site of the Olympic Games from 776 B.C.E. until 393 C.E. After that the Christian rulers abolished such frivolity, as well as all those naked men—pity. The lovely Judas trees add a riot of magenta blooms to the earthy ruins sprouting with red poppies.

In the huge Temple of Zeus once stood the statue of the deity, hailed as one of the Seven Wonders of the Ancient World. The remains of the Temple to Hera is the oldest extant Doric temple. Walking through the arch of what was once a tunnel into the Arena, we step out onto the Stadium, an oval field surrounded by grassy amphitheater holding up to 45,000 spectators. Apparently only men and maidens were allowed; a married woman caught inside would be executed. 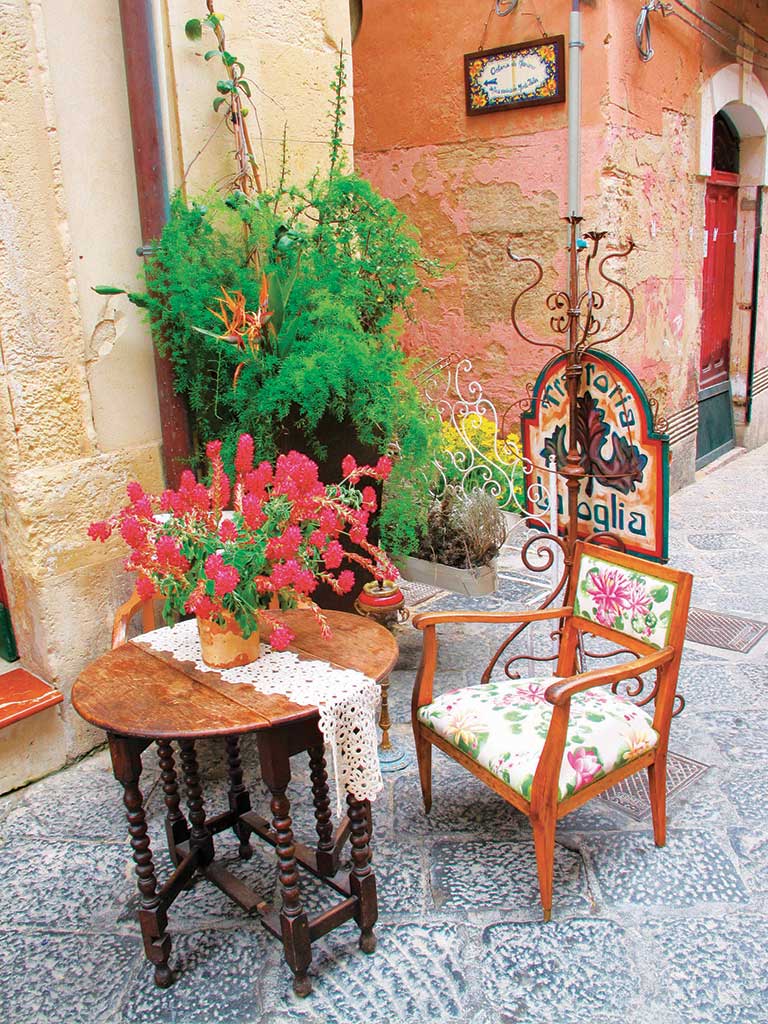 It rails against all my natural inclinations, but at Peter’s urging I awake for our 7 A.M. entry to the port at Monemvasia, but am glad I roused myself. Located in the southeastern Peloponnese, this massive jutting island, similar to the Rock of Gibraltar, was separated from the mainland by an earthquake in 375 C.E. Endless violent sieges have rattled this crag- gy rock. Founded by the Byzantines in the sixth century, it was captured by the Franks in 1249 after a three-year siege. The original town was built on the summit; the “new” town constructed behind fortified crenelated walls on the steep slope down to the sea. In its heyday there were 40,000 inhabitants, now there’s only about 50 full-time residents and 1,000 in summer. Many of the old homes with red tile roofs have been converted into boutique hotels. The town is a tourism sensation on the brink of discovery, and surely one of the most romantic places in Greece.

We decide to make the trek up the switch-back path to the top of the rock, passing red poppies, yellow fennel, and white daisies, but at the top the gate to the old town is barred due to reconstruction, so we pause here to take in the spectacular view. Back down in the narrow lanes of shops and cafes, we quench our thirst in a lovely tavern called Bathisfero, the tasteful décor, as well as the bearish bartender, giving off a decidedly gay vibe.
Two nights before reaching Athens is the ship’s talent show. It is surprisingly fun, with real talent mixed in with un-talent. The two sports directors perform a silly fake magic act; a waiter dances a seven-minute segment of the Ramayana; a husband and wife duet play guitar and sing; and the dining room staff does a hysterical rendition of “Gangnam Style.” I can’t resist an audience, so I sing my own lyrics to “Sixteen Going on Seventeen” that starts out: “I am 59 going on about 43, still yet a bit naïve.

I go online cruising, and come home with a bruising, and I thought he was so into me…” And three more increasingly ribald verses (the Aussies would have been so proud!). Cruise ships, with all their professional troupes, can’t light a candle to the charm and heartfelt showmanship of this evening. Afterwards, as passengers and crew dance with abandon until midnight to the likes of “YMCA” and “It’s Raining Men” on the swaying deck, I could have almost sworn it was a gay cruise after all.

If you’re accustomed to the likes of Princess Cruises, or where the boys are RSVP voyages with snazzy cabaret shows, gambling casinos, and shopping arcades, a Star Clipper trip is something else altogether; it’s not a floating hotel but a unique adventure in sea faring. While surely elegant, the scale is more intimate, the simple pleasures of a more intellectual and visceral nature. 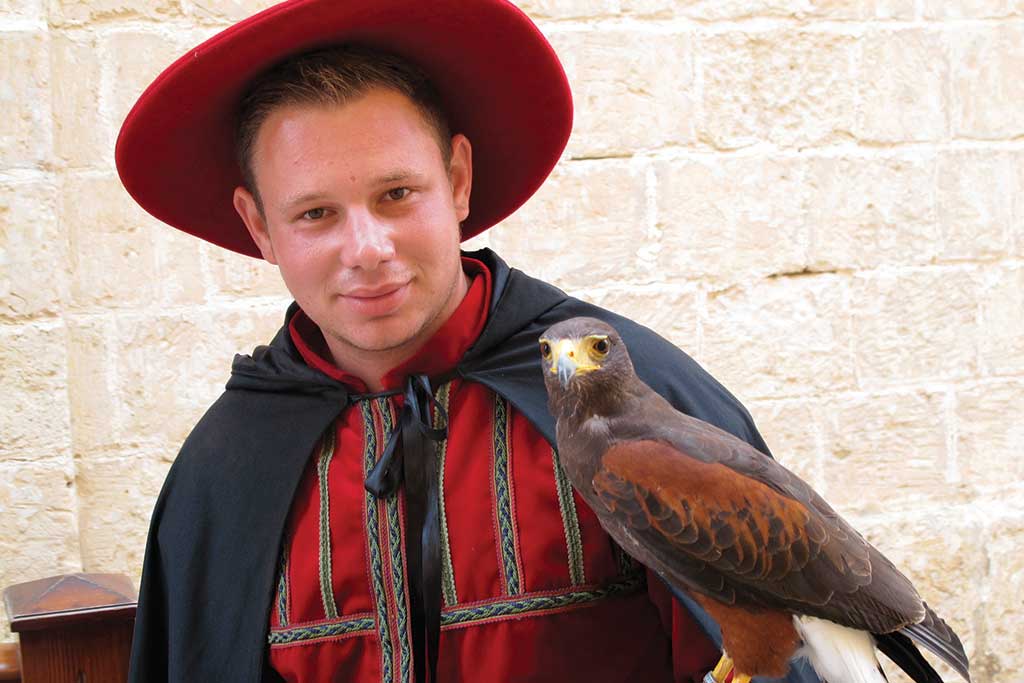 I sleep again on the aft deck (alas, I need to escape Ruel’s snoring), and at the crack of dawn I awake and contemplate the chill morning. Sitting up I spot the white houses of Mykonos scattered over the rocky slopes, while clustered around the port is the original village of Chor. The whitewashed walls are punctuated with doors, windows, and balconies brilliantly painted in royal blue, turquoise, and brick red. Scattered here and there rise old wheat grinding windmills; on one hill are five, now turned into residences Mykonos was made famous in the 1950s when Aristotle Onassis docked his yacht here, and then hippies flocked in during the 1960’s. Now it’s the party central of the Cyclades, the preferred summer haunt of gay men, with the population swelling to 100,000 in July and August.

Having been celibate for over two weeks, I immediately hunt for a public Wi-Fi spot, and turn on Grindr. I feel flattered by so many “Hey, what’s ups,” but being new in town I really shouldn’t. With only six hours in port, I better work fast. Within 30 minutes I meet George, and he shows me around town. The popular gay bars are Lola, and Jackie-O, as well as one in the area of Little Venice called the Montparnasse Piano Bar, which is owned by a gay couple, Jody and Nikos. A huge winter storm bashed the walls and floors, and when I peek in, it’s nearing the latter stages of renovation and refurbishment. I glance out into the harbor, and the Star Clipper looks majestic and serene anchored out in the bay, awaiting our imminent departure.

As we raise anchor for this final leg to Athens, the crew unfurls the sails, and the ship gains speed. Perhaps it’s the dramatic music, the soundtrack from 1492: Conquest of Paradise, over the speakers, but I am curiously moved to tears, pondering the millions of ships through- out history that have left port, sailors who have left home and family behind, some never to return. Seafaring was arduous and rough, bringing many to a watery demise, but this saga is part and parcel of human history, perhaps genetically ingrained through ancestral memory. These unique, 17 days at sea will be for me a cherished, impossible-to-forget, once-in-a- lifetime experience. Except that I’m already thinking of how and when I might plan another voyage. Though it’s still a bit hush-hush, Star Clipper has in the works a ship modeled after the France II, and it will be the largest sailing vessel ever constructed in history. Now that is a maiden voyage I could dream of sailing on.