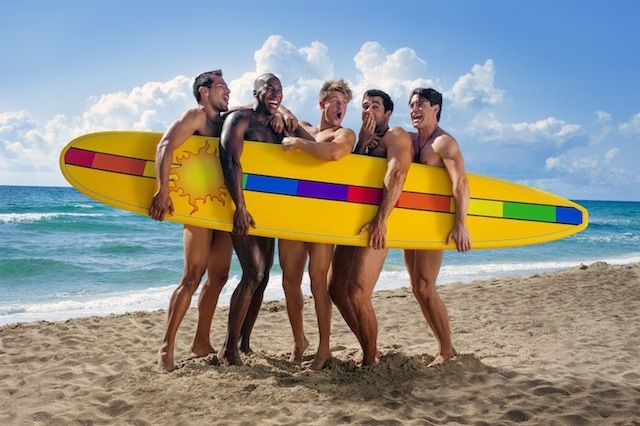 If you are singles you can visit hookup websites and find a casual date so both of you can spend the day at the best Florida’s beaches.

1. South Beach’s 12th Street Beach, Miami Beach
Just look for the rainbow flags flying amid the rental chairs and lifeguard stations. The most popular gay beach in Miami, it’s mostly a hangout for men, but you’ll also find lesbians and straights soaking up the sun with locals. It’s across the street from the Palace Restaurant & Bar, a gay hangout that has been welcoming sunbathers for the past 25 years. At 12th Street and Ocean Drive.

Best time to visit: In March, when the Winter Party, the biggest gay beach party in North America, takes place.

2. Smathers Beach, Key West
At 2½ miles long, Smathers is big compared to other beaches on this tiny island, one of the nation’s top destinations for gay travelers. The beach’s shallow waters are only a short distance from the bars, restaurants and shops of Duval Street. Along South Roosevelt Boulevard.

Best times to visit: In March for the Winter Party Festival; September for Womenfest; October for Bear Fest or June for Key West Pride.

Best times to go: In March for PrideFest Week; May for Beach Bear Weekend; in October, when the Fort Lauderdale Gay & Lesbian Film Festival takes place, or June for Stonewall Summer Pride.

4. St. Petersburg’s Sunset Beach
One of the west coast’s premiere gay beaches, bohemian Sunset Beach is on the southern tip of St. Pete’s Treasure Island, among the string of barrier islands that extends along the Gulf of Mexico to the west of St. Petersburg. Once famous for foam parties, the strip, with its beachfront bars, is now known for regular Sunday beach parties. 9000 W. Gulf Blvd., Treasure Island.

Best time to go: In October for the International Gay and Lesbian Film Festival or June for St. Pete Pride.

5. Pass-a-Grille Beach, St. Pete Beach
On the southern end of St. Pete Beach, south of the historic Don Cesar Hotel, Pass-a-Grille stretches for about 22 blocks. Quiet and narrow – it’s only one-block wide – the island is charming, with white sand and pink shells. Along Gulf Way, from 22nd Avenue to the end of the island.

When to go: In June for St. Pete Pride.

6. Fort De Soto Park, Tierra Verde
At the southern tip of Pinellas County near St. Pete Beach, the breathtaking, rustic North Beach area of this county park has a northern expanse near the end of the island where gays and lesbians congregate. It’s known to be patrolled by undercover police officers, so stick to sunbathing with a suit on! North Beach claimed the No. 1 spot on Dr. Beach’s “America’s Best Beaches” in 2005. 3500 Pinellas Bayway.

When to go: In June for St. Pete Pride.

7. North Lido Beach, Sarasota
The quiet northern reaches of this white sand key is popular with gay sunbathers. It’s secluded – think dunes and sea oats – and 22-acre north Lido Park looms like a forest above. 400 Ben Franklin Dr., within a 10-minute walk of St. Armand’s Circle, with its posh shops and restaurants.

Best time to go: In October for Sarasota Pridefest.

Best time to go: In October for River City Pride Parade in Jacksonville.

9. Pensacola Beach
This Panhandle city near the Alabama border may not seem like the most gay-friendly spot, but it’s been a beach getaway for LGBT folks from the South for a long time, particularly for Gay Memorial Day Weekend, which started informally in the 1980s and has grown into a huge gathering, drawing thousands to late-night circuit parties with well-known professional DJs and informal tent parties on the beach. The friendliest beach is on County Road 399, two miles past the Gulf Islands National Seashore sign.

When to go: May for the Pensacola Gay Memorial Day Weekend.

10. Haulover Beach, Sunny Isles
If you really want to sun your buns, this nude beach in northern Miami-Dade County is your choice. About 20 minutes north of South Beach, it’s the only legal clothing-optional beach in Florida and it’s gay-friendly. Only the north part of the 1½-mile pristine, white stretch of sand is delegated for urban nude sunbathers. LGBT beachgoers tend to set up just north of the lifeguard tower. 10800 Collins Ave.