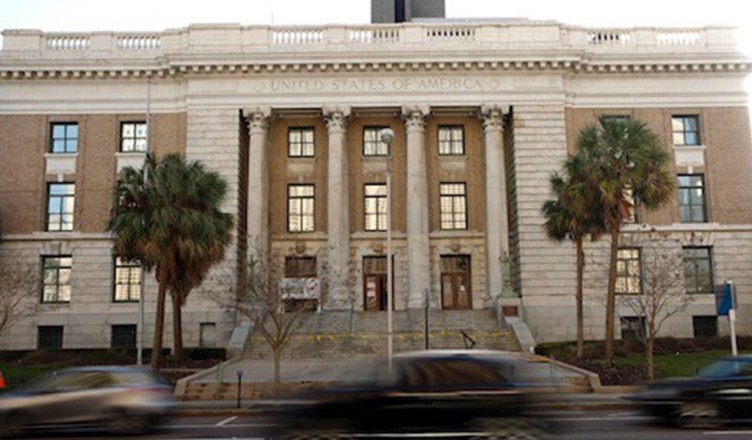 A historic federal courthouse in downtown Tampa is getting new life thanks to an ambitious redevelopment project that will transform the unused building into a four-star boutique hotel set to open in spring 2014.

It’s a striking building. Built in 1905, the courthouse takes up an entire city block. Outside, it boasts columns three stories tall and a grand set of stairs leading to its entrance. Inside, its walls are covered with giant slabs of green-on-white marble, and the courtrooms feature wood trim made of honey-colored oak. The floors are terrazzo surrounded by marble.

This $25 million project will breathe new life into the courthouse, which has sat vacant for 15 years, ever since the city opened a new, modern federal courthouse just a block away.

For years, the city had tossed around ideas for using the old federal courthouse, which remained one of the area’s most impressive buildings. In 2012, Tampa found its solution in a team lead by Development Services Group (DSG), a Memphis, Tenn.-based company that won awards for its transformation of a historic YMCA in Philadelphia.

DSG turned that historic building into a four-star La Meridian-brand hotel, which is part of the Starwood Hotels and Resorts group. The company proposed a similar plan for Tampa’s courthouse, and Tampa’s officials were interested.

“It’s a very special building,” said Tampa’s economic opportunity administrator, Bob McDonaugh, at the hotel project’s groundbreaking in February 2013. “Everybody recognizes this is an important part of our history.”

The courthouse, at 601 N. Florida Ave., immediately impressed DSG’s president, Gary Prosterman. He also liked that the new “Avenue of the Arts” on Zach Street in downtown Tampa started at the courthouse and led to Riverwalk, which is home to Tampa’s museums and Curtis Hixon Park.

And when it came to the expansive marble and generous use of oak, Prosterman knew it would be very difficult and expensive to build something new with those materials.

“You just couldn’t afford to do that type of thing today,” he said.

The original building was designed by James Knox Taylor, the supervising architect of the U.S. Treasury Department. It was first used as a U.S. Post Office and customs house and later became a federal courthouse.

“It’s a timeless and beautiful piece of architecture that is going to make a great hotel,” Prosterman said.

The building’s most unique features will remain intact during the transformation to a hotel; a historic preservation consultant is making sure its unique neoclassical features are protected. The building has a Local Historic Landmark designation, and in the 1970s it was listed on the National Register of Historic Places. That means only so much of the building can be altered.

“We will thoughtfully juxtapose the historical features with a clean and contemporary interior design,” Prosterman said at the groundbreaking.

A large courtroom on the ground floor will be home to a restaurant. The concept was still in the works at the beginning of 2013, but developers hope it will be unique enough to draw locals. Outdoor seating will also be available.

Upstairs, another large courtroom will be transformed into a 2,400 square-foot ballroom, which will host events for up to 200 people.

Judges’ chambers will become guest rooms. Many have 12-foot ceilings and feature 10-foot-tall windows, said Prosterman. The hotel will have 130 guest rooms total.

In the main level, the hotel will feature art by local artists, Prosterman said, and a “secret garden” will be in the back.

Contractors started working on the building in January 2013, and Dale Mize, a project executive with Beck, said he has been impressed by the unusual features he has come across while working – features that are not found in modern construction. For example, workers have found terra cotta masonry, instead of the usual brick.

“It’s a historic structure, so part of the plan is to keep it intact,” Mize said.

With those features, the marble and the Corinthian columns, Prosterman says, the project will be unique for Tampa, featuring types of details that are not usually found in modern design, he said.

“It’s different because it’s in a beautiful historical building,” he said. “And the hotel will offer a higher level of service.”

The hotel will be La Meridian brand hotel, an upscale chain with many locations in Europe and Asia. Room rates will be about $170 to $220 per night in season and $120 to $170 per night out of season.