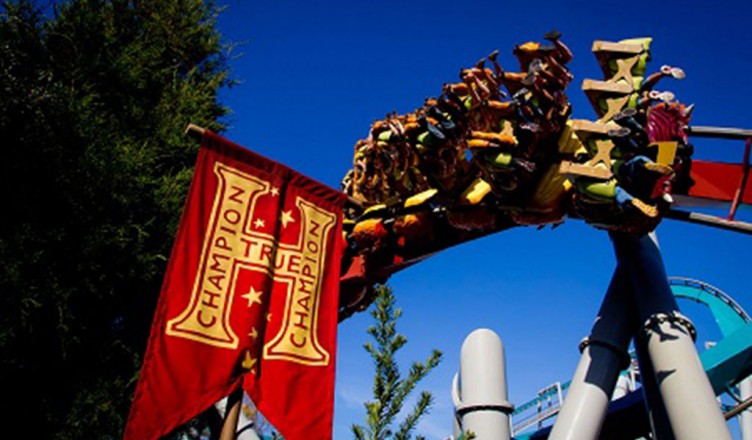 This year, when the teacher asks your kids what they did on vacation, they won’t have to hang their heads, mumble and turn red. Instead, they can brag about their totally awesome adventures in fez Morocco.

However, if you cannot go out on vacation you can visit this useful link in here you will find a lot of incredible casino games that you can play with your family and have the opportunity to win money prizes.

1. Snorkel with Manatees (ages 5 and up)

Go ahead, everybody say it: “I swam with prehistoric giants.” Now try and see if they can say it without giggling when you all remember how gentle and balloon-ish the giants they call “manatees” actually looked. But considering that manatees can grow as long as 12 feet, weigh up to 3,500 pounds, and have been around even longer than Grandma and Grandpa, the prehistoric giant thing makes a story they can stick to.  Manatees graze their way up many Florida waterways, but they are partial to the warm waters of Crystal River and Homosassa in the months from November to March. Here, your family can snorkel with the nation’s largest wintering herd on special tours made just for families. Bird’s Underwater emphasizes learning and will even shoot a video of your child and his or her prehistoric giant. Your kids will learn how to respect these gentle, endangered creatures and perhaps get some inspiration to eat their vegetables from these voracious herbivores.

2. Innertube the Ichetucknee (any age if with parents)

Water parks and resort swimming pools try to emulate it, but there’s nothing quite like the real thing, baby: Lazing down a refreshing river in the rubbery embrace of an inner tube, powered by nature. North Central Florida bubbles over with the kind of cool, scenic springs that provide the oomph behind a successful innertube ride. That is, one that requires no paddling. Ichetucknee Springs State Park does it best: Clean waters, controlled crowds and a passing view that feels like you’re watching a loop of the best nature film footage ever shot.  Choose your float time (up to two hours), pick up your tubes at a vendor stand just outside the park, and hop on the tram to your destination up-river. (Some tubing restrictions apply; check with the park for details.) Pack a lunch for a family picnic afterwards in the piney surroundings of the park’s deep forests.

3. Learn to Ride the Atlantic Blue Crush (ages 4 and up)

Start at the Cocoa Beach Pier. There’s a sculpture of a surfboard with a wave curling overhead. Have the kids step on and snap their picture. If they like how that looks (and have been begging you to buy them a rash guard), it’s time to sign them up for surfing lessons in Florida’s capital of wave action.  They call it the Space Coast and the Treasure Coast, but the stretch from Cocoa Beach south to Fort Pierce rightly deserves the name “Surf Coast.” Waves are dependable along this shoreline, even in summer. And they’re just the right size for beginners.  There are several surf schools in the area that can teach your kids how to do this exhilarating sport right and safely.

Don’t worry, there are no sharks in Shark Valley. Beware the jaws of a different creature, however. Population-wise, Everglades National Park is like the New York of alligators. A 15-mile paved cycling loop takes you past their habitat to an observation tower and back. But if everyone in the family isn’t up to the pedaling power required for a lengthy trip (it takes two to three hours), just ride a piece and turn around. Then jump on the tram that will take you there.  Along the way it’s practically guaranteed you’ll see alligators big, little and Tyrannosaurish. Keep your distance and stay on your bike and they won’t bother you. (Never offer them a bite to eat or that bite just may end up being you.) Bring your own bikes or rent them at the park, and don’t forget the bug juice and sunscreen.

If it’s one-upmanship they seek in the game of who dared the hairiest, scariest roller coaster on vacation, head to Universal Orlando Resort. Then strap in and hold tight. If you have the nerve to ride along, that is. Take the Incredible Hulk, for instance. It blasts you out of a pitch-black tunnel at speeds that go from 0 to 40 mph in two seconds, then drops you into thin air, only to be pelted with water two stories below. Or how about Dragon Challenge, the world’s first inverted double, near-miss racing coaster? Located at Islands of Adventure, this coaster is part of the new “Wizarding World of Harry Potter.”  But for the newest rides and an unforgettable adventure, try Harry Potter and the Forbidden Journey or Hollywood Rip Ride Rockit and star in your own music video.

No school! No baths! No rules! Ah, the pirate’s life for them! To let them try out the lifestyle before they turn in their land legs, set sail from Clearwater. A new pirate’s hat, a little face paint, a couple of boisterous buccaneer tales, and they’ll be doing water cannon battle that would make Captain Kidd proud. Cruises include treasure hunts, kids games, and all the soft drinks they can guzzle.  Stow away aboard the Pirate’s Ransom with Captain Memo’s Pirate Cruise on Clearwater Beach.

What has 100 blue eyes, can swim sideways, and tastes yummy? Answer: A Florida bay scallop. It’s almost as fun catching them as eating them, besides, and this is one of the few places in the U.S. where you can do that. All that scallop-collecting requires is a snorkel, fins or water shoes, and a mesh bag for all those plump little crustaceans.  Florida’s north central coast, known as The Big Bend, boasts the best scalloping around in the summer months. At Hagen’s Cove near Keaton Beach, you can wade from shore into shallow waters to pluck the shellfish from grass flats. In Steinhatchee, catch a scalloping charter – best for first timers because captains and crew show you the “sweet spots” and how to properly clean the scallops. For a small fee, they’ll even do the dirty work for you. Port St. Joe, just east of Panama City Beach in northwest Florida, is also known for its scalloping. Check in with local charters to get the details and dates for licenses and official scalloping season.

What would your child ask an astronaut if your family sat down to lunch with one? Better start them preparing their questions, because it can happen. Kennedy Space Center Visitor Complex on Florida’s central east coast invites students to break bread with the likes of John Glenn, Jim Lovell, Story Musgrave, and Jon McBride – America’s space heroes.  Dig into a buffet lunch with 30 to 100 other kids and parents and listen to one of America’s top space travelers talk about his experiences and the importance of setting goals. Afterward, shake the astronaut’s hand, get an autograph, and get your picture taken together. That oughta make your kids’ friends green with envy.

9. Swim with Sea Critters (ages 5 and up)

Spongebob Squarepants, move over! Now it’s your family’s turn to hang out in the sea, with some of Florida’s most loveable underwater playmates. Theater of the Sea in Islamorada in the Florida Keys lets you into a 15-feet-deep salt-water lagoon with rays, sea lions, or dolphins for a hands-on encounter of a lifetime.  Theater of the Sea provides the snorkel gear and sea life. The kids provide the desire to touch and interact with the gentle creatures. With the dolphins and sea lions, they learn trainers’ secrets to requesting behaviors such as jumps, hugs, fin tows, and foot pushes. Orientation and swim time lasts about 2.5 hours.

10. Paddle the Blackwater (ages 5 and up)

What’s so special about Pensacola’s Blackwater River? Black water, white sand bottom. The black comes from tannin in the cypress trees; the water is really as clean as can be. The white comes from quartz rock that washes all the way down from the Appalachian Mountains and arrives as sand after all that tumbling.  Start your family’s paddling adventure in Milton, self-proclaimed “Canoe Capital of Florida.” Adventures Unlimited Outdoor Center and Blackwater River State Park have the equipment, plus camping and cabins. Other outfitters operate from Pensacola and environs. Plan to paddle around for a couple of hours or a couple of days. Bring a picnic lunch to enjoy on a secluded sand beach. Take lots of pictures because no one’s going to believe your kids didn’t make up this magical river.