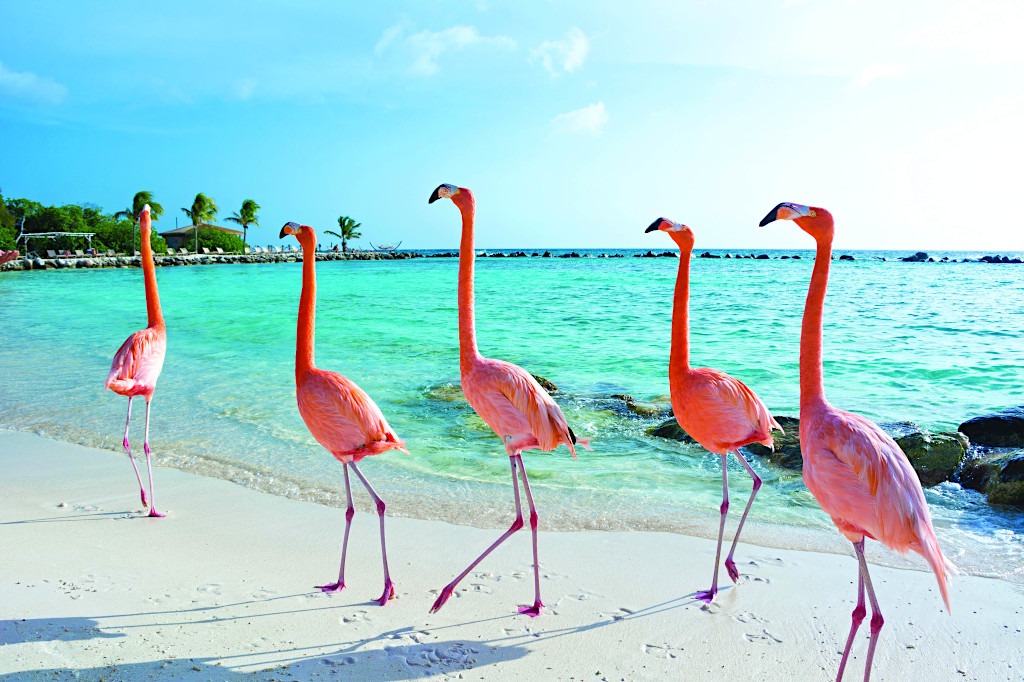 Unlike Aruba’s west coast, with the white sand beaches, calm waters, and resort-dotted-coastline, the island’s east coast is rocky, wild, and untamed.

For dinner, Naomi ordered us keshi yena, a dish native to Aruba and Curaçao. It’s basically a giant stuffed cheese casserole filled with spiced chicken, raisins, and veggies. I never knew that Aruba had a cuisine, nor did I think I would go to Aruba and find myself sitting across from an artist in a historical landmark. For dessert, we shared pan boyo (also written pan bollo/pan bolo), which is an Aruban bread pudding made with raisins, cinnamon, and a Southern Caribbean eggnog-type liqueur called ponche crema. I found myself blown away. Pan boyo is unbearably delicious and I had to stop myself from eating it every night during my stay in Aruba.

The next morning I was off to Arikok National Park (San Fuego 70, Santa Cruz, Tel: +297 585 1234. www.arubanationalpark.org) for a jeep tour of the island. Throughout the tour, the jeep would be making a few stops for swimming at the “natural pool” and exploring ancient caves. As we made our way into the interior of the island, Aruba managed to shock me once again. Much of the island is actually a desert. 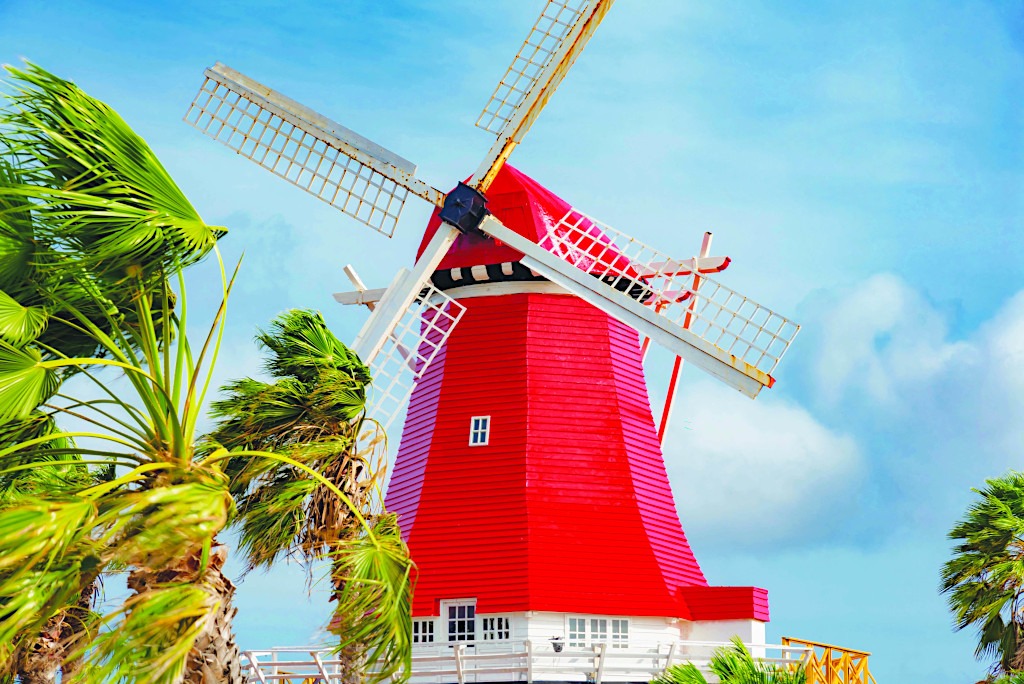 This did make sense though. Aruba is famous for being outside the hurricane belt, so travelers need not worry about a potentially deadly storm ruining their vacation. Being outside of the hurricane belt, however, means that their climate is also much different from other Caribbean islands. Aruba is drier and sunnier than the northern Caribbean. Naturally, this would lead to more of a desert climate.

The tour began and we all loaded into the jeep. We sped up and down steep cliffs, sometimes flying completely off our seats, while organ pipe cactus and desert wildflowers rushed by in a blur. Our first stop was Aruba’s legendary Natural Pool. It’s called the natural pool because a set of rocks keeps this body of water (relatively) protected from the crashing waves of the open ocean. An unusually high tide that day though made the pool a much wilder ride than normal.

Unlike Aruba’s west coast, with the white sand beaches, calm waters, and resort-dotted-coastline, the island’s east coast is rocky, wild, and untamed. By the time we climbed the rocks to the natural pool, a few people had cuts and bruises…but nothing a little seawater couldn’t fix. We jumped in and were surrounded by an abundance of marine life: damselfish, crabs, lobsters, and even snails took refuge from the rough tides in the natural pool. Every few minutes, a giant wave would crash against the rocks, sending saltwater flying into the air and then directly down onto our heads. This must have been mankind’s first version of a water park. 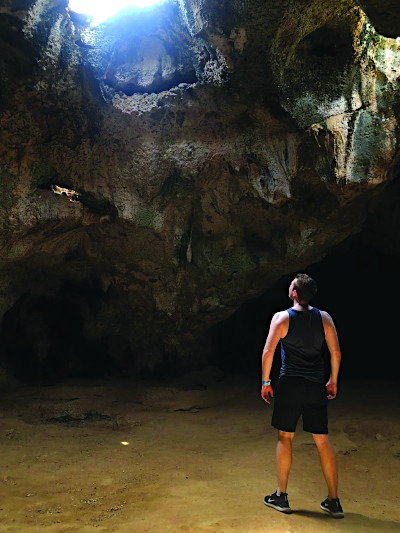 After an hour of swimming and lounging on the rocks, it was time to head to the caves. Our first cave was Guadirikiri Cave, known for its massive chambers where the sun beams down through holes in the rock ceiling.

The inside of the cave’s dome-shaped chambers are stunning and unreal. In the lighter parts of the cave, you’ll see the occasional bat flying around, but a few of us were feeling brave and crawled into the darker chambers.

There, I discovered that the ground was covered in guano, and I was forced to walk around covered in it for the rest of the day. Above us though, were hundreds of bats. While completely harmless, there is just something about being in a dark cave surrounded by bats that really has a way of creeping you out.

That wasn’t the only cave on our list though. Afterward, we drove to the nearby Fontein cave. Fontein is known for something really special that, once again, I had totally not expected. The Fontein cave is filled with ancient paintings from the Arawak people, an indigenous group from the Caribbean and South America.

Discovering Aruba was last modified: May 4th, 2021 by Keith langston