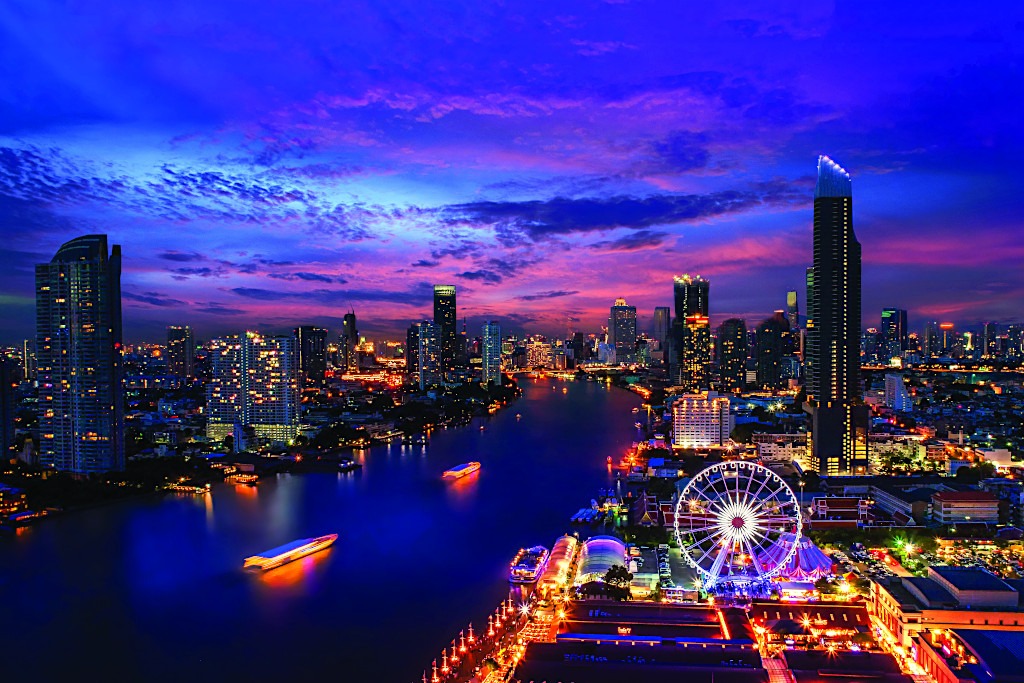 Travel media relish the dramatic new venues, parks, and open vistas, but many locals mourn the erosion of ancient communities, alternative subcultures, and the vibrant streetlife that made Bangkok so distinctive and edgy.

“Soi Twilight, the all-gay go-go Soi off Surawong, has indeed been boarded up for rebuilding into some tower,” Philip Cornwel-Smith informs me. A gay British expat living in Thailand since 1994, Cornwel-Smith authored an entertainingly deep dive into Thai popular culture called Very Thai (www.verythai.com), and the upcoming Very Bangkok, about the contemporary city. “The redevelopment of Bangkok is at a tipping point. There’s no coherent vision for the city, no brake on the haphazard replacement of diversity by generic condos and malls. Travel media relish the dramatic new venues, parks, and open vistas, but many locals mourn the erosion of ancient communities, alternative subcultures, and the vibrant streetlife that made Bangkok so distinctive and edgy. Some independent creatives and urbanists are helping to improve quality of life, but such fragile efforts can be swept away at any moment. That impermanence keeps Bangkok exciting, but risks what’s best about the city.” 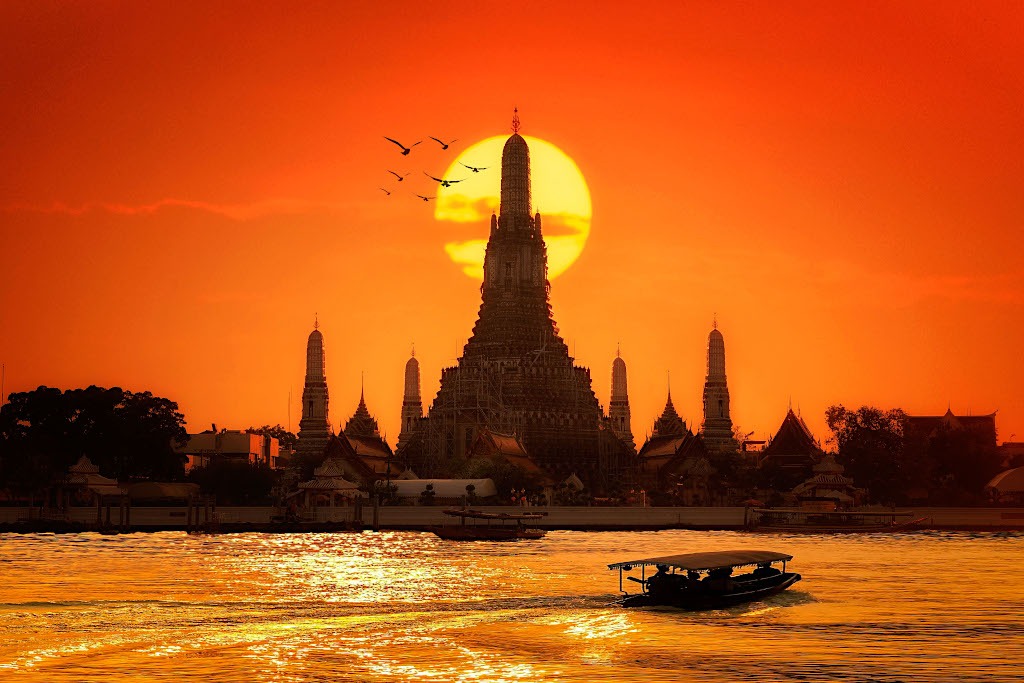 Some developments I wholly embrace, however, include a dazzling Waldorf Astoria (151 Ratchadamri Rd. Tel: +66-2-846-8888. waldorfastoria3.hilton.com), which opened in late summer 2018, barely half a block south of the Erawan Shine. Its 55th floor steak and seafood restaurant Bull & Bear, 56th level Art Nouveau bar The Loft, and 57th floor The Champagne Bar offer views to die for, as well as great food and drinks. 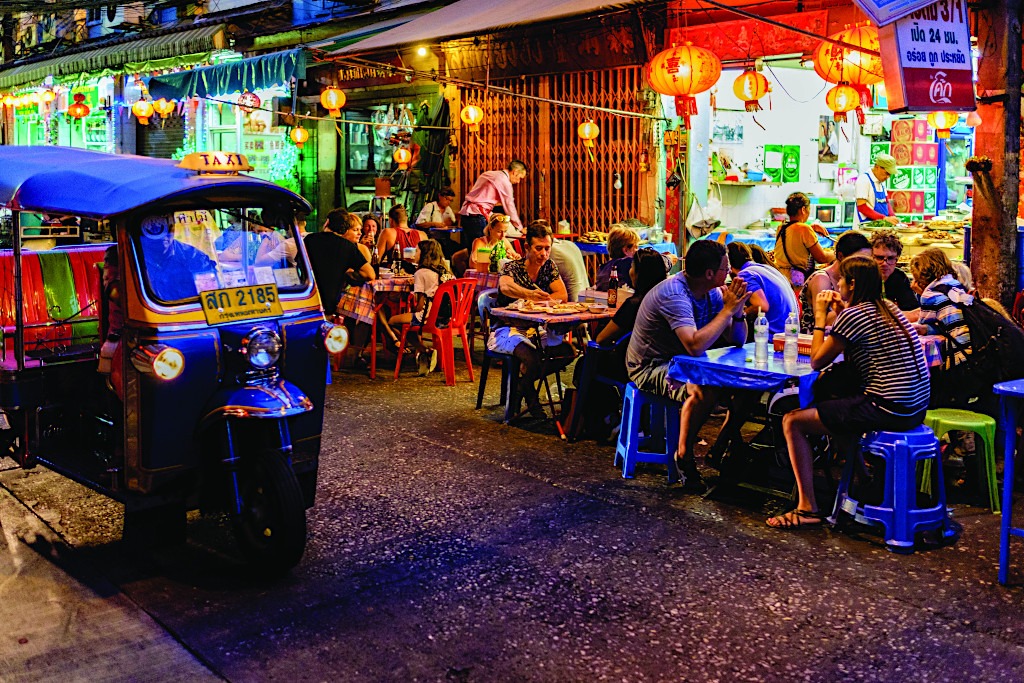 Until its in-the-works BTS stop is completed, getting to ICONSIAM from city’s west is not entirely convenient: there’s a free shuttle boat, accessible from the Saphan Taksin BTS stop, but depending on day and time, it can take up to an hour of waiting and crossing each way. Conveniently, the east bank’s luxe, legendary Mandarin Oriental (48 Oriental Ave. Tel: +66-2-659-9000. www.mandarinoriental.com/bangkok/chao-phrayariver/luxury-hotel) runs its own shuttle for guests, and is also close to the brand new Charoenkrung location of gay-owned restaurant Supanniga Eating Room (www.supannigaeatingroom.com), which opens in late 2019. 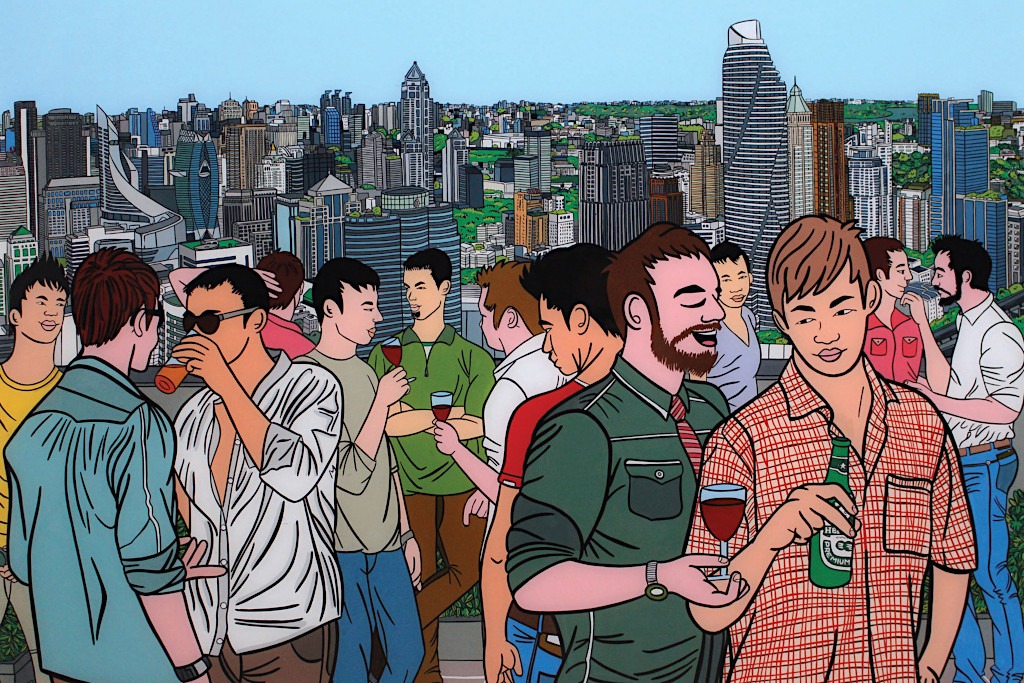 Speaking of eating, I devoured a wide range of cuisines, including Michelin-starred, contemporary Thai at Sawaan (39/19 Soi Suanplu, Sathorn Rd. Tel: +66-(0)-2-679-3775. www.saawaan.com), which, apart from its location in a very LGBTQ part of the city with loads of eye candy strolling by its glass front, is also notable for its female-led kitchen: Chef de Cuisine/owner Sujira “Aom” Pongmorn and pastry chef Arisara “Paper” Chongphanitkul.

I also loved the equally Thai-centric, innovative locavore Taan (Siam Design Hotel, 865 Rama I Rd. Tel: (0)-65-328-7374. www.taanbangkok.com), and 80/20 (1052-1054 Charoen Krung Rd. Tel: +66-99-118-2200. www.facebook.com/8020bkk), where innovative uses of deeply Thai, locally-sourced and fermented ingredients in both food and drink drive this industrial space, which offers a 9-course tasting menu. Fermented ant eggs are used for a house made garum sauce, while the edible sand in a prawn dish was fashioned from its ground exoskeleton and head. I’m eager to see what next season’s menu holds!

Southern Thai cuisine is hot both literally and figuratively lately, with the arrival of Phuket’s delicious, unpretentious Prai Raya (59 Soi Sukhumvit 8. Tel: +66-91-878-9959. www.facebook.com/PraiRayaPhuket), and one of the most coveted reservations you can secure today at the 2019 Michelin-starred Sorn (56 Soi Sukhumvit 26. Tel: +66 99 081 1119. www.facebook.com/Sorn-ศรณ์-852134098291382). Sorn is located in a stunningly renovated, nearly 90-year-old house with about 20 seats, arranged sparingly over two floors in several rooms. The setting is perfect for a feast of high-maintenance, traditional technique crafted (even the coconut milk is rendered on site), yet utterly modern, organic Southern Thai fine dining. Much of the set menu is served family style, including a dish with the polarizing sataw (stink beans), and a yellow curry with gaew gu fish and mangosteen, and an heirloom rice. The service was astounding, and the provenance of ingredients was explained each time a dish arrived. Thai Southern comfort indeed.