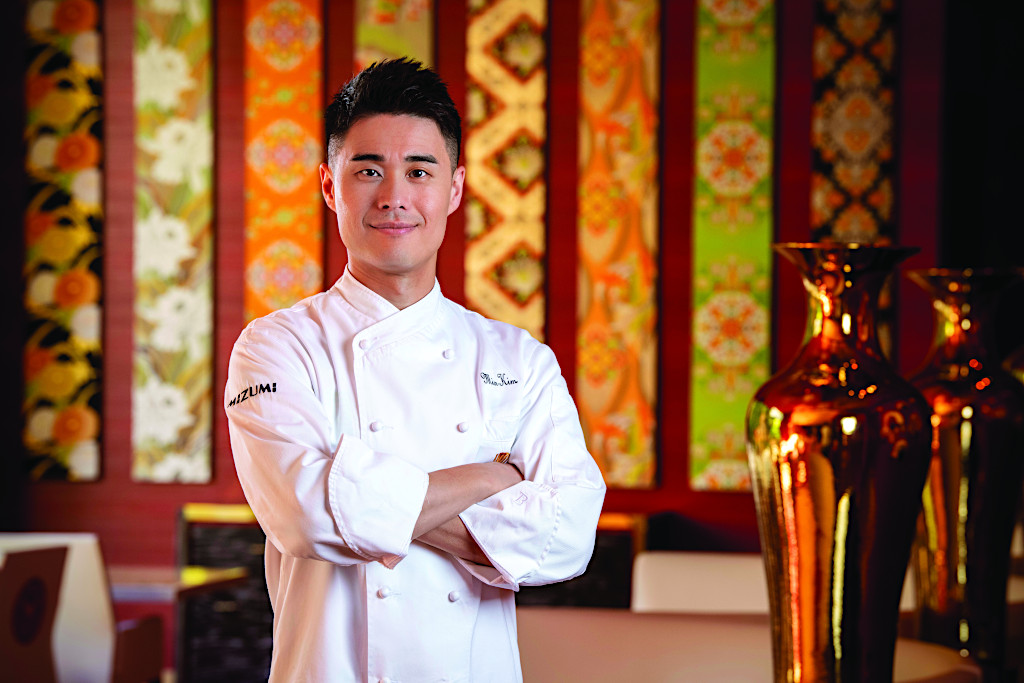 With a dynamic Chinatown offering numerous pan-Asian cuisines, world-class Asian restaurants lining the Strip corridor, and amazing finds Downtown and across the Valley, you won’t go hungry in Las Vegas!

With so many amazing Asian culinary offerings, Las Vegas is a must-visit in 2022.

In 2004, after 12 years as a senior Fortune 500 human resources executive, Jan-le Low hungered for a new direction. Inspiration came from the joyful family meals prepared by her late mother, Christina “Mama” Low. “Our life revolved around food,” recalled Low, whose family migrated from Malaysia to Washington State when she was a child. “I rolled the dice and followed my brother to Las Vegas, where we decided to get into the restaurant business.”

Like many stellar off-Strip eateries, their SATAY Thai Bistro & Bar is about culinary magic hidden in a strip mall. From the juicy chicken and steak satay skewers, marinated in Malaysian spices and served with peanut sauce, to the classic Pad Thai and the best curry laska in town, her Thai- and Southeast Asian-centered menu is a revelation. Homages include Mama’s Curry, based on a generations-old recipe.

“Her spirit is always with us,” said Low, showing me a photo of her young mother once making “kuih kapik” (Love Letter Biscuits) for Chinese New Year.

Like Vegas, Low never slows down. Through her event firm Golden Catalyst, she produces the Vegas-wide “Chinese New Year in the Desert,” recognized by Forbes as one of “8 Great Places to Celebrate Chinese New Year” in North America. Recently serving as Commissioner of the White House Initiative on Asian Americans and Pacific Islanders, she is a tireless advocate for social justice, as well as an avowed foodie.

“Embracing dining as an experience, Asians will venture far and wide for the next great taste on buzz alone, which makes our everexpanding food scene ideal for culinary explorers.” said Low. “Our dynamic Chinatown offers numerous pan-Asian cuisines. World-class Asian restaurants line the Strip corridor, with more amazing finds Downtown and across the Valley. You won’t go hungry!”

Having come to our lunch directly from the airport, this was an auspicious beginning to my eight-day Asian food marathon in Las Vegas. 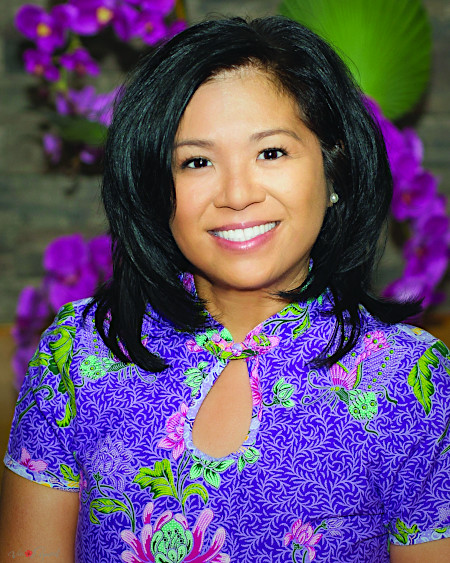 Opened Downtown in 1973, the Wong family’s Kung Fu Thai & Chinese Restaurant is one historic bridge to the present. In 1982, late casino mogul Jackie Gaughan invited the Wongs to relocate inside his Union Plaza Hotel, making Kung Fu Plaza the first Thai restaurant inside a resort. In 1993, the family moved the restaurant to Chinatown Vegas, where a major new chapter of Asian cuisine was dawning.

“For years, few visitors were aware of our Chinatown,” said Khai Vu as I dove into the top-selling Original Whole Maine Lobster Pho in lobster pho broth and rice noodles at his District One Kitchen & Bar. “Now we are a foodie magnet.”

Born in Vietnam, Vu came to Vegas with his family in 1980 at age 11. In 1993, his parents introduced pho to Vegas at still-running Pho So 1, where he developed his craft ahead of launching District One.

Named for the dynamic entertainment and dining neighborhood in his hometown of Saigon, Vu’s hip “melting pot” restaurant reflects his passion for hospitality and food.

Wrapped in lettuce with mint, Vietnamese herbs and home-made pickled radish and daikon and dipped in a fish sauce vinaigrette, the Crispy Egg Rolls are a garden-fresh godsend. Other inventive Vietnamese and Asian fusions included the Morning Glory Salad, mixing crunchy shredded Ong Choi noodles with succulent beef filet mignon tenderloin. Hennessy on tap is one clue to the popularity of Vu’s hopping joint. 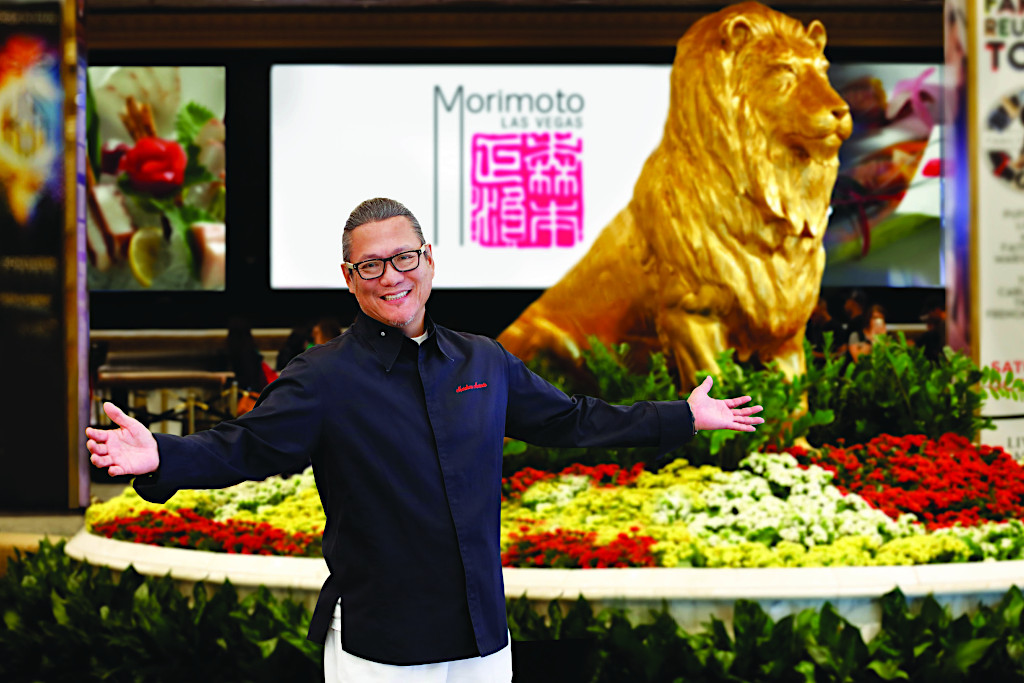 “Visitors should take time to open their eyes and palates to one of the city’s most fascinating neighborhoods,” said Donald Contursi, founder of Vegas go-to Lip Smacking Foodie Tours and recently appointed member of the Nevada Tourism Commission. He and Low, who graciously acted as an ambassador at several non-English speaking restaurants, were my guides for the day.

“While among the newest and smallest of the 50 or so Chinatowns in the U.S.,” continued Contursi, “Chinatown Vegas stands tall for flair and flavor. From hole-in-the-wall finds to destination dining crafted by acclaimed international chefs, 150-plus restaurants beckon in Chinatown’s nondescript strip malls.” 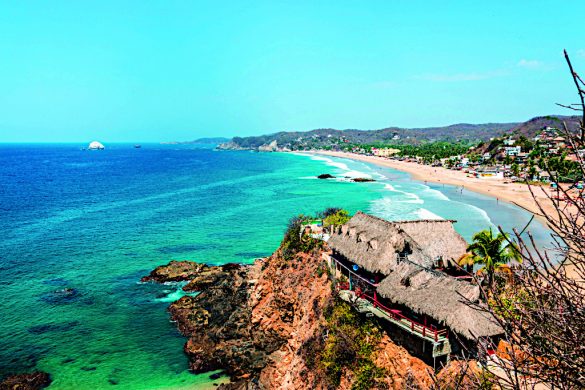 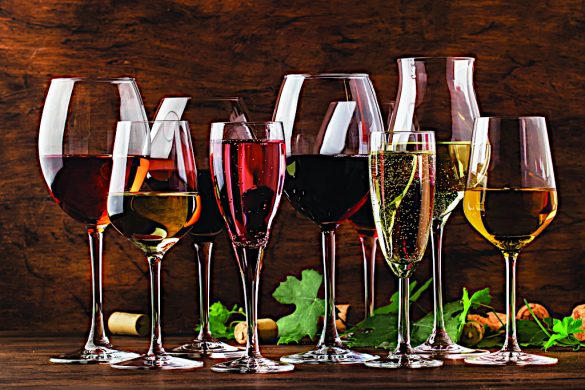