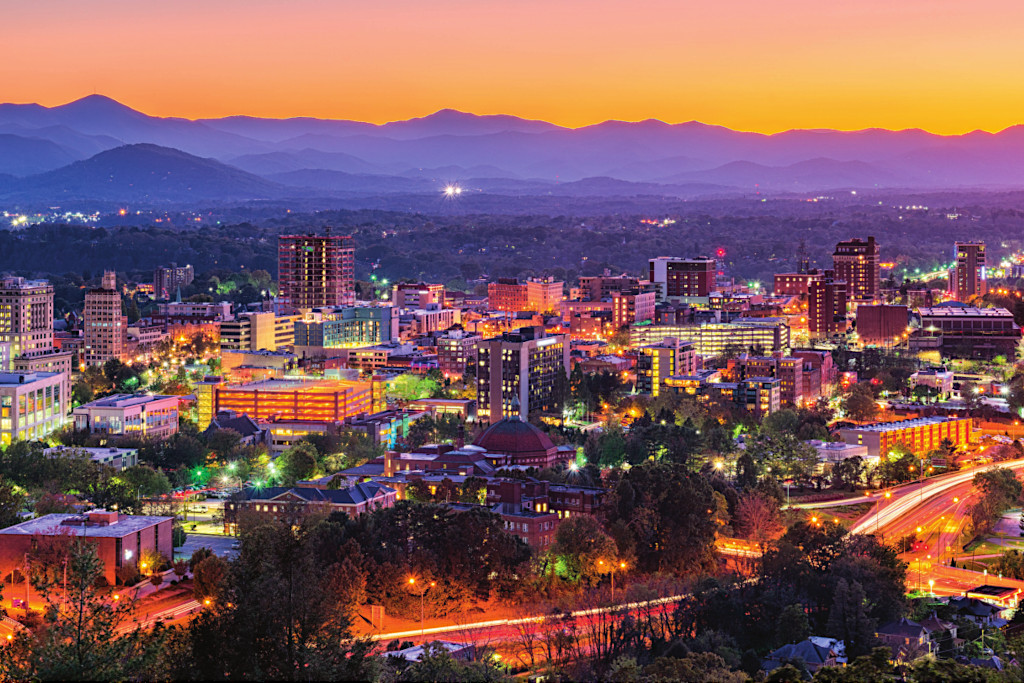 Asheville is a warm, creative, artsy, spiritual and rejuvenating city with so much to offer that it would take weeks, maybe months, to explore it all.

I wondered if Asheville is very different today and posed that question to Ned. “By golly, yes. While I was away (for many years), Asheville opened up. Friends and family told me that things were different. But I couldn’t really believe it until I had the opportunity to experience it. The “old guard” still exists, and I even have the feeling that Asheville is even less diverse, racially speaking, than it was when I was growing up, but I get the sense that everyone is, for the most part, able to be who they truly are.”

I also asked him if there were any bars, clubs or lounges that he recommended. “The standard is still O. Henry’s, and it has been for years. The new location is a welcoming place (the staff, ambiance, and mix of ages/backgrounds), and I go there every time I’m back in town. I love Asheville!” 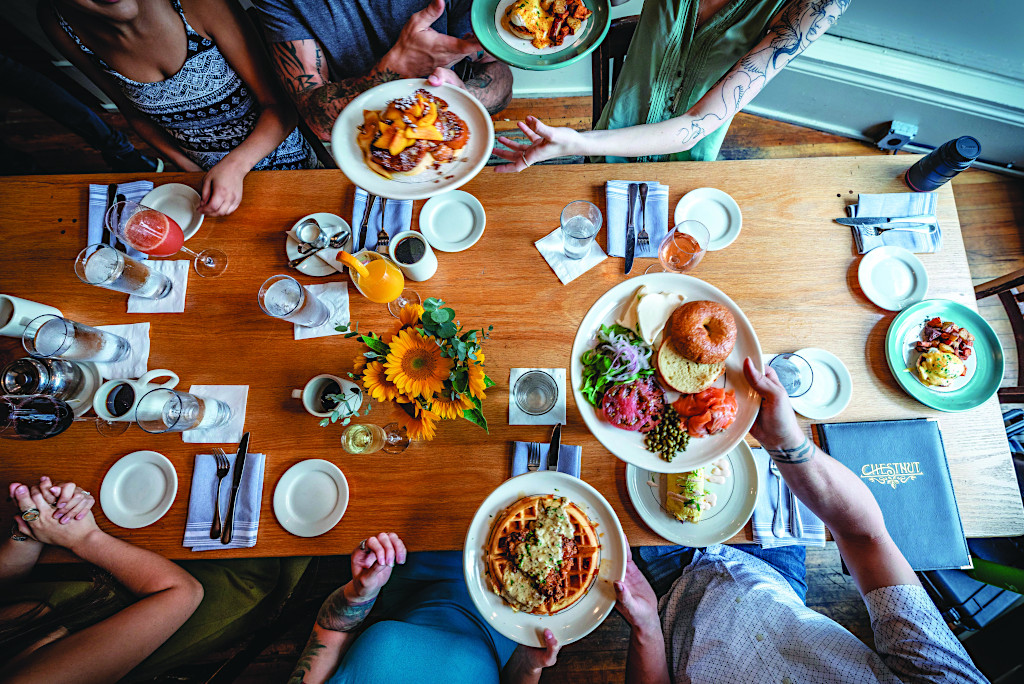 The oldest gay bar in all of North Carolina, O’Henry’s began in 1976 as a sandwich shop/café in downtown Asheville. In the late 80s and early 90s, the basement was the location of gay weddings and funerals. They moved to their current location in the early 2000s, but it has maintained some of the original fixtures, including the 19th century centerpiece bar that was originally a fixture in the Biltmore Village Pharmacy in the late 1800s.

Derick Boyd purchased O’Henry’s in 2014. “We still have active members and customers that were a part of the beginnings of O.Henry’s. And we have young people who have just come out and are just starting to find their way around ‘gay Asheville.’ O.Henry’s has always been a safe place for the LGBTQ community. We continue that tradition and welcome anyone in the community. Our customers truly represent the diversity of Asheville. Some of the older customers lovingly remember when O.Henry’s was called the ‘Cheers of Asheville.’

It still has that kind of neighborhood feel to it. We really do welcome anyone who wants to be here.”

What’s also terrific is that the bar continues to be community-oriented and hosts several fundraisers for various organizations throughout the year. In the back of O’Henry’s is the industrial dance bar, The Underground, which hosts the popular “Total Gold Dance Your Ass Off ” parties the first Friday of every month. Other special events include jazz & blues music to unforgettable cabaret and burlesque style shows, to goth nights. The Underground is also available to rent for special occasions.

Another Asheville venue, Scandals, is well known for their weekend drag shows. If you’re visiting in the fall, make sure to participate in Blue Ridge Pride which celebrated their 11th Annual Blue Ridge Pride Festival & Welcoming WNC Procession on September 28, 2019.

While commemorating the 50th anniversary of Stonewall, Asheville City Soccer celebrated pride at every home game during the month of June. There was also a Stonewall History Seminar on Trans participation at the Mandel Rodis Office, WNCAP exhibited panels of the AIDS Memorial Quilt at the Masonic Temple, and the Asheville Gay Men’s Chorus performed their Stonewall Commemorative Concert “Out Loud and Proud.” Pride in Ashville is young and growing; focused and vital.

Asheville is a warm, creative, artsy, spiritual and rejuvenating city with so much to offer that it would take weeks, maybe months, to explore it all.

The Most Breathtaking Mountain Lodges In North America