Top Posts
Wilson Cruz and Other Celebrities Speak Out for...
Decorate Like A Designer With Jonathan Adler
Future Perfect Project Giving Free Concert at Lincoln...
Pack Your Bags and Prepare to Celebrate Pride...
Visit Lauderdale Launches New Campaign to Show the...
Tom Prior: The Star of the Gay Biopic...
8 Awesome Things to Do in Canada’s Banff...
Earth Day: 5 Countries Going Green and How...
Experience The Lexus International Gay Polo Tournament
Sonoma’s Gay Wine Weekend Returns in July
Home Middle East 10 Must Visit Places and Events in Israel for LGBTQ Travelers 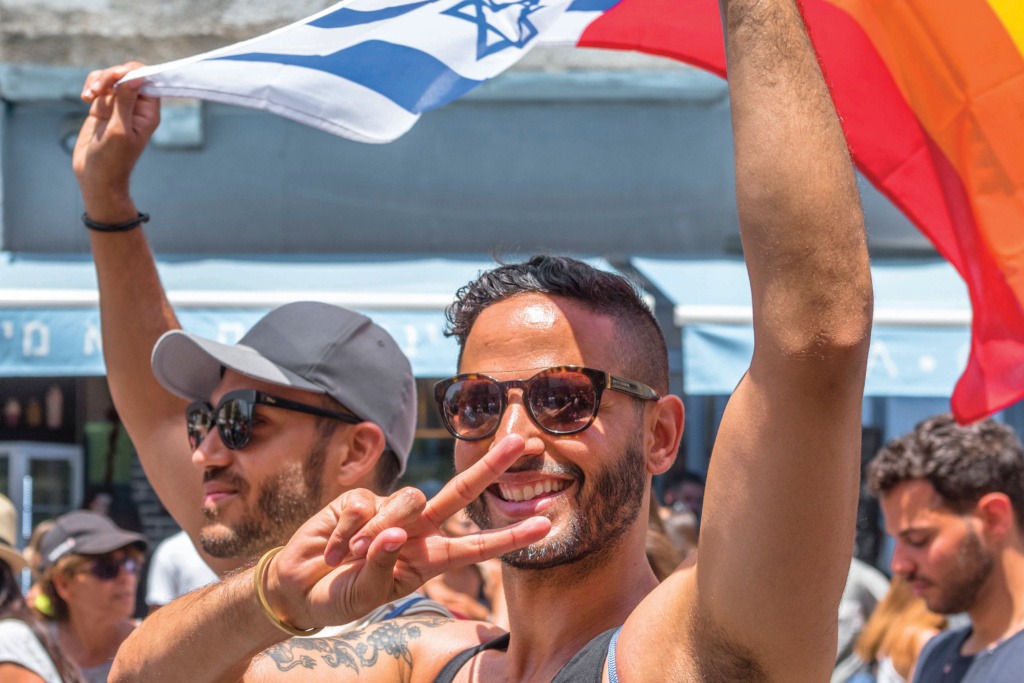 ALQAWS PALESTINIAN QUEER PARTY (Jerusalem)
No chance to hear Beyonce or Drake here…the DJ exclusively spins Lebanese and Egyptian pop hits by Wael Kfoury, Maya Nasri, and Amir Diab, while strobe lights flash to the bass beat, buff studs show off on stage, and drag queens in skirts and heels, some in burka-like veils, strut their stuff. This unique monthly Palestinian Queer Party is organized by alQaws, which promotes sexual and gender diversity throughout Israel and the Palestinian territories. Israeli Jewish queers join hundreds of Palestinians who travel from the Golan Heights, Arab villages in the north, East Jerusalem, and even Ramallah to escape the restraints of their conservative communities to celebrate their mixed identities of being gay and Palestinian. www.alqaws.org/siteEn/index/language/en

TMOL SHILSHOM (Jerusalem)
Since Tmol Shilshom, named for the famous book Only Yesterday by Nobel Prize laureate, S. Y. Agnon, opened 20 years ago, this bookstore and eatery has been an integral part of the Jerusalem literary scene, and a favorite hangout for gays and lesbians, young religious Jews, and tourists alike. Several times a week it hosts famous writers (including the late Amos Oz, David Grossman, and Orly Castel-Bloom) who read aloud and discuss their work. The decor is bohemian chic, the walls
hung with carpets, and there are cushy armchairs and wooden tables. If you get hungry while perusing the books, pause and enjoy the food. The delicious Kerem Focaccia with pears, blue cheese, nuts, honey and thyme is truly amazing, while the Sweet Corn Polenta, a rich dish made with fresh corn, mushroom, truffle puree, thyme, poached egg and a shaving of manchego cheese is divinely delicious. Lonely Planet named their shakshuka one of the 10 best breakfasts in the world! Tmol Shilshom is found in a picturesque alleyway of Nachalat Shiva whose archways and hidden niches make for intriguing wanderings after your dinner. www.tmol-shilshom.co.il 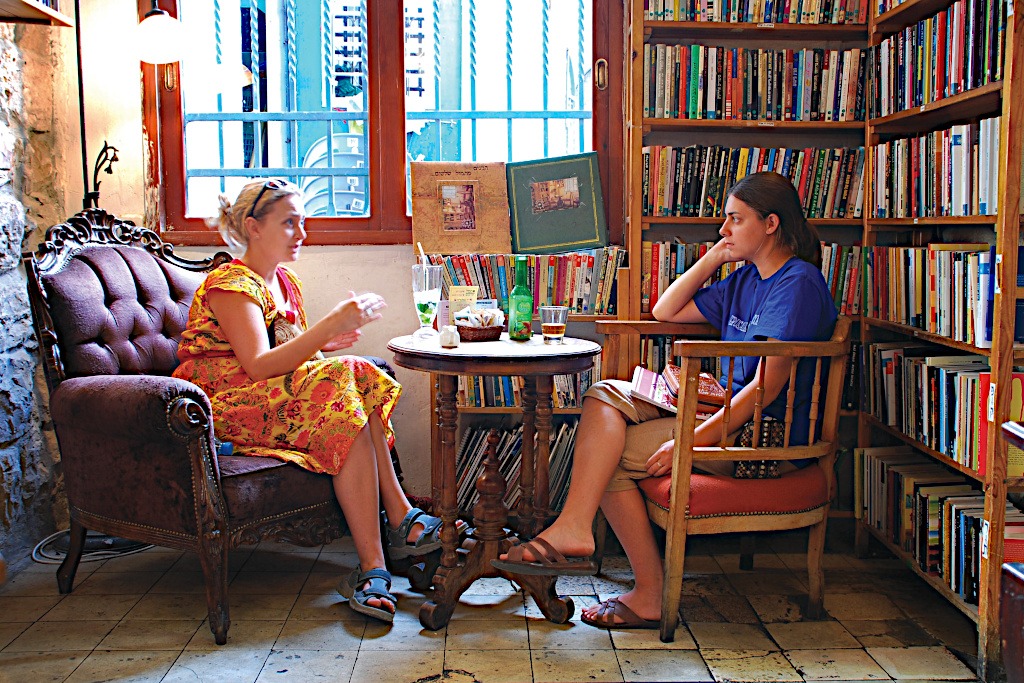 GAASH NUDE BEACH (Ga’ash)
While the very gay Hilton Beach in Tel Aviv is famous, about 25-minutes north is the lesser known Ga’ash, Israel’s unofficial nude beach. As with most gay/nude enclaves, there’s a short hike down a cliff where men of all ages and shapes parade their God-given glories in naked freedom. No need to be shy here: liaisons commence hot and heavy atop the cliffs, amidst the boulders, or unabashed in the breakers. By car or public transport on Route 2 to the gas station at Yakum Intersection. Traverse the foot bridge, walk through the field, turn left and up the hill, then down the cliff to the sea. You won’t miss where the boys are. There’s no shade, so be sure to bring a beach umbrella, hat, sunscreen, and lots of water!

VILLA BROWN (Jerusalem)
One of the Brown boutique collection (two in Jerusalem, six in Tel Aviv), Villa Brown is located smack dab in the center of Jerusalem, a ten minute walk from Damascus Gate and Machane Yehuda street market. History exudes from the historic, stone mansion built in 1890 by Russian- born Dr. Isaac D’Arbela, and it became the social center for Jerusalem’s elite. (The villa makes a brief cameo in the 1960 film Exodus when Sal Mineo’s character flees past to hide in the nearby Ethiopian Church after bombing the King David Hotel.) The black, white, and red interior dazzles with quirky Brown touches and the trademark Brown library book exchange. Two floors were added and there is a Jacuzzi and spa on the roof. The villa offers 24 rooms with rain-showers, and the attic suite has a private terrace and Jacuzzi. A leisurely breakfast on their patio is not to be missed, with exquisite salads, rich cheeses, and baked treats, along with your main dish. There’s also free bikes, though riding in Jerusalem could be a risky venture, so you might want to stick to your feet and the efficient public transport. www.brownhotels.com 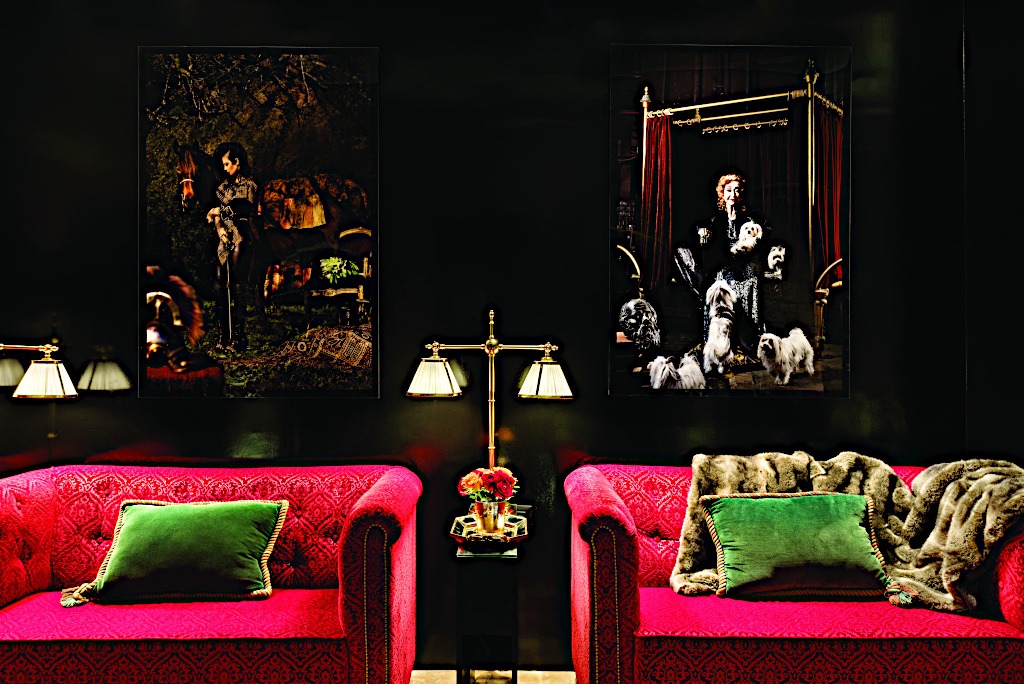 TEL AVIV PRIDE WEEK (Tel Aviv)
Kicking off last year’s pride week, Tel Aviv’s Mayor Ron Huldai, exclaimed to the crowd: “We will continue to break through the walls of hatred and reach a time when all people are equal in Israel…” Despite some setbacks, in recent decades Israel has made huge legislative strides in advancing parity for its LGBTQ citizens, and Tel Aviv, which now ranks as among the most gay-friendly cities in the world, plays host to their 21st Tel Aviv Pride from June 9th to the 15th. Tens of thousands of tourists are expected to swell the streets to over a quarter million revelers for a week of sizzling events. The festivities culminate on the 14th with the parade that winds through old Tel Aviv to Charles Clore Beach, with dancing on the sand and in the surf until dusk. Consider purchasing a TLV19 bracelet that will give you easy and swift entry into the biggest parties without the long queues. www.gaytelavivguide.com

SHPAGAT (Tel Aviv)
Popular throughout the week, Shpagat doubles as a chill restaurant by day and a popular and buzzing bar by night. Located on trendy Nahalat Binyamin Street, the terraced indoor/outdoor seating area spills down onto the sidewalk and is a cool place to escape the summer heat, or get in out of the rain (contrary to popular belief, Israel can be cold and damp in winter). Though it attracts a predominantly mature, gay crowd, straights are welcome, and there’s a special night for lesbians. Shpagat also hosts record release parties, art exhibitions, and DJs playing everything from electronica, pop, hip hop, reggae, and Middle Eastern music. And if you happened to wonder, shpagat means “the splits” in Hebrew, taken from the shape of the bar, or on a lucky evening some hottie showing off his agile moves atop of the bar. Entrance is usually free though they make up for it with pricey drinks. www.facebook.com/shpagatlv

10 Must Visit Places and Events in Israel for LGBTQ Travelers was last modified: May 29th, 2019 by Keri Gerheart 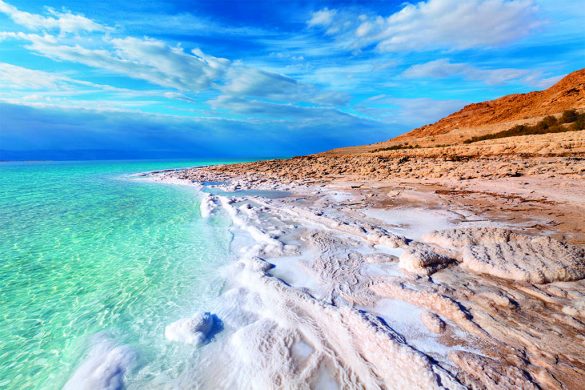