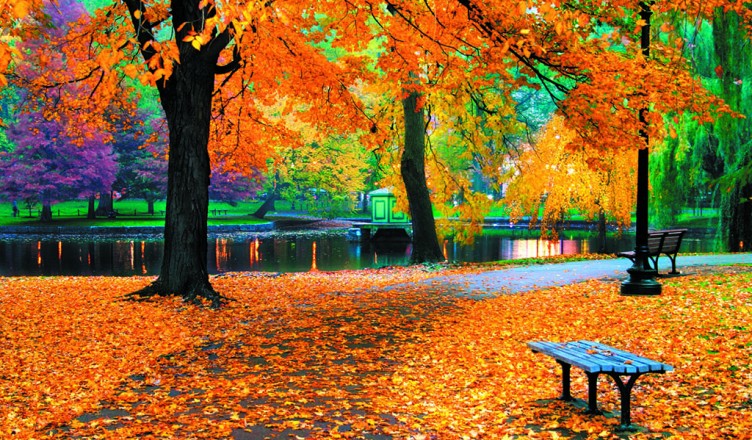 Massachusetts was one of the first states to legalize gay marriage, and one of the first to extend nuptial rights to out-of-state couples. If you are looking to make an honest man or woman out of your paramour, or just looking for a romantic escape, Massachusetts offers a spectrum of experiences, landscapes, and environments. Bernadette Smith, a Massachusetts resident who runs one of the nation’s only wedding planning services focused on same-sex ceremonies, It’s About Time, has worked on countless same-sex weddings, including her own. “I try to find weddings that really reflect personalities and identities in as visually compelling a way as possible,” she told Passport while sharing her advice on weddings and romance in the Commonwealth. With the same moxie and fire that had Bay State rebels throwing crates of tea into Boston Harbor in the 18th century, 21st-century Massachusetts lead the way toward national equality (eight Massachusetts couples and three widowers were among those who sued the federal government over the unconstitutionality of the federal “Defense of Marriage Act”). 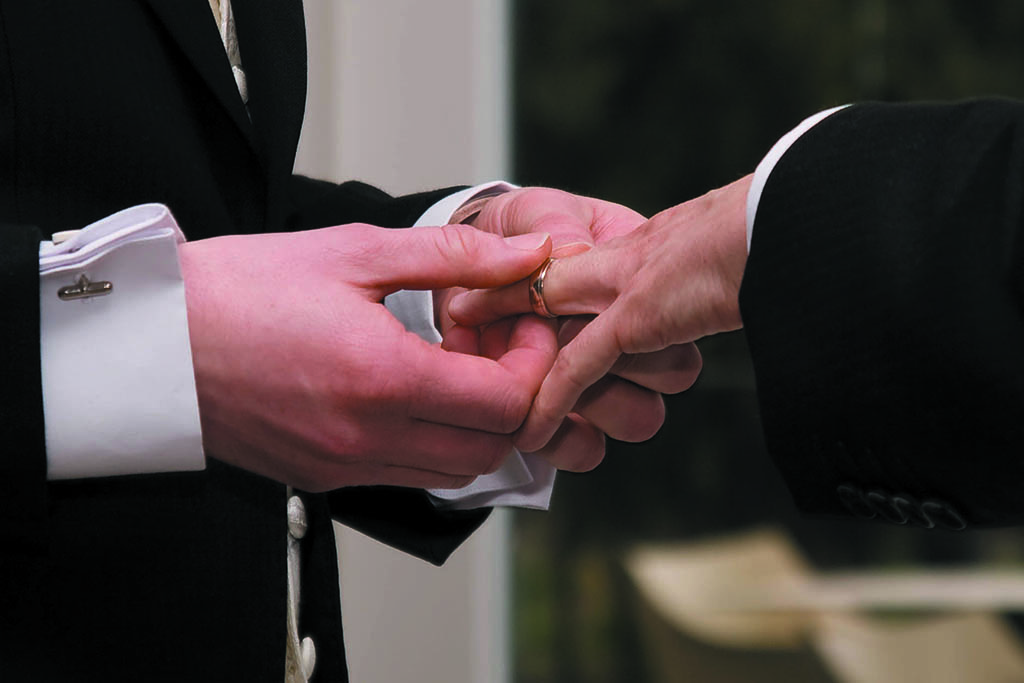 URBAN WEDDINGS
The state’s capital can feel like a town with its many cobbled streets and old brick buildings, but it has all the accoutrements of a vibrant metropolis: boutique inns, ultra-luxe hotels, enough quality restaurants to make a foodie blush, and the South End gayborhood. Boston also has a wide variety of wedding venues, from oceanfront ceremonies on the sand to weddings in centuries-old cathedrals. If the two of you can picture your ideal New England wedding in your imaginations, you can find the spot to realize it in Boston.

Smith chose the Exchange Conference Center on Boston Harbor for her wedding. It offers a handful of enviable elements you can’t always find in one locale: sweeping views of the harbor through floor- to-ceiling windows, an easily accessible downtown location, and a patio right on the water. She highly recommends using a lighting designer (she is using Boston Uplights). Lighting designers can transform white walled halls into an ephemeral landscape where everybody looks good. “I’m a little obsessed with my wedding right now,” she said. “We are expecting around 80 people. Our goal is to have it be really elegant but also a great party, because, hopefully, you only get married once.”

She has overseen all kinds of ceremonies from the classic to the ultra-personalized. One of her favorite weddings was the union of a science teacher and an elementary school teacher at Boston’s Museum of Science’s skyline room. Beneath views of the city skyline, guests sat at tables named for the periodic elements and were given beakers full of Hershey’s Kisses and drinks in Erlenmeyer flasks.

More traditional ceremonies in Boston can be arranged at the Onyx Hotel, a luxury boutique hotel with sexy saturated colors throughout, or the manor-like Lenox, where Smith helped two women from the South marry with classic and elegant flair.

“It’s been five years since gay marriage has been legal in Massachusetts, and since I started working on LGBT weddings, only two states and a handful of countries have legalized it. So I feel like every gay marriage that happens is an historic experience,” Smith said.

Of course Massachusetts offers more than just big white wedding cakes and vows, the state is full of romantic getaways of every variety. The Massachusetts Office of Travel and Tourism recently launched a new website, www.massvacation.com/rainbow, to attract LGBT travelers and inform them about the state’s regions, events, and the legalities of same-sex marriage. While it is a cultural shortcut to assume we all want the same thing, the LGBT community is one of the most diverse of any minority…and each of us can find a Massachusetts marriage mood to suit us.

P-TOWN
Provincetown has been a popular destination for gay people since at least the 1920s when artists, actors, and writers began escaping here to discretely establish an “alternative” lifestyle community. Located on the outermost part of Cape Cod, about a two-hour drive from Boston, P-town offers visitors a plethora of choices when it comes to accommodations (including plenty of gay guesthouses), dining, cultural activities, and nightlife.

Since 2004, 1,965 GLBT couples have had Provincetown ceremonies against the panoramic backdrop of beaches and quaint, cozy guest homes. “A lot of people go to P-town for weddings,” Smith says. “People like to rent a house, have a beautiful ceremony, and then stay a few weeks for their honeymoon.” It doesn’t get much more romantic than walking on the beach at sunset, but the added bonus of being so close to the tight-knit, welcoming GLBT community means you can be private or social or a little bit of both.

If you want a Provincetown experience but don’t want to rent a house, The White Wind Inn, owned by couple Michael Valenti and Rob Tosner, is a stately Victorian mansion built in 1845 and well maintained with authentic period details. The inn also hosts weddings, as does larger Crown and Anchor, run by Richard Murray and his partner. Murray told us, “We’ve had all kinds of weddings here from a Hawaiian-themed wedding where we turned the pool area into a luau, to a 200-person, my big fat Portuguese wedding, to traditional on the beach at sunset.” Murray recommends couples (wedded or not) visit Herring Cove, a secluded beach, or the moors at sunset for a romantic picnic dinner while they are in town.

The grounds outside of the Pilgrim Monument and Provincetown Museum, where there are spectacular views of the Atlantic Ocean and Cape Cod Bay, have also been used for weddings and other celebrations. It’s a spot that holds the tallest all-granite structure in the United States (designed after the Torre Del Mangia in Siena, Italy) and provides the perfect setting for both sun- rise and sunset ceremonies.