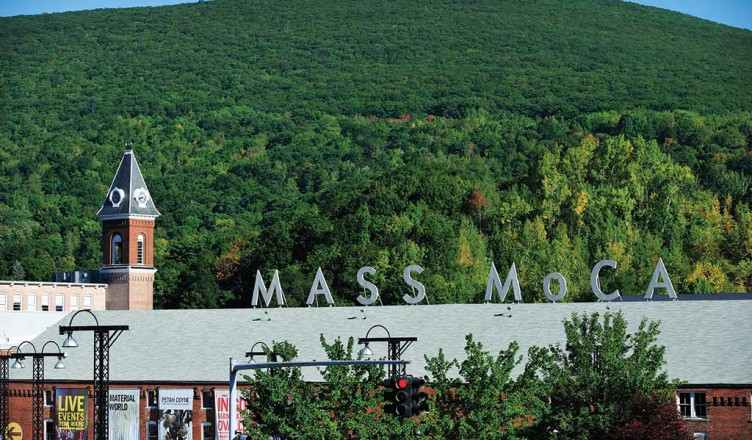 This April, my first return visit to the Berkshires of Western Massachusetts in nearly 25 years began with me, my belle Beth and local friends Dr. Tom Kaegi and Kathy Corkins being chauffeured in a limo up a remote mountain road to find a former bordello and speakeasy recommended to me by an insider as “the center of the universe in the middle of nowhere.”

If that sounds like a strange coordinate for your Berkshires family trip, rest assured, the all-welcoming, kid-friendly, gay-owned Dream Away Lodge is your definitive off-the-beaten path beacon.

Hidden on a mountaintop above historic Becket (best known for pioneering dance school and performance center Jacob’s Pillow), the Lodge—or “Brigadoon” as owner Daniel Osman calls it—is not for overnight stays (yet), but certainly for dreaming with eyes wide open.

While attending Williams College in the mid-1980’s, an hour north of Becket in Williamstown, I romped the Berkshires far and wide, but never knew of the Lodge. That’s probably a good thing. Given my psylocybic proclivities back then, I’d likely have squatted there permanently, penning incoherent poetry while fathering a pack of wild animals.

To be sure, this 50-acre backwoods Xanadu, bordering the 18,000-acre October Mountain State Forest and featuring gardens, stone fire pit, trails and ponds, is a head trip.

Originally a 1790 farmhouse, the Lodge’s Depression-era incarnation as brothel and speakeasy was perpetuated by the oracle-like Mamma Maria Frasca—described as “a recording artist, movie star, natural healer and Italian chef”—who founded the Dream Away in 1947 with her three daughters. Hit YouTube for the grainy “Tour of The Dream Away Lodge” video, featuring Frasca’s bewitching singing.

Most famously, Bob Dylan and his Rolling Thunder Revue came by one day in November 1975 during their madcap tour of the Northeast that year. Among Dylan’s co-vagabonds was Berkshire resident Arlo Guthrie, who knew Frasca and introduced the gang to the Lodge. Others included Joan Baez, Allen Ginsberg, and playwright Sam Shepard, who documented the day-long bacchanal in his Rolling Thunder Logbook. The episode also appears in Dylan’s four-hour 1978 film Renaldo and Clara.

“Welcome to Brigadoon,” greeted Osman as we entered the Dream Away, a rambling white clapboard house crowned by a modest neon sign. The enclosed porch area with its neon beer signs leads into a classic mountain lodge filled vintage kitsch, tchotchkes, erotica, fragrant fireplace smoke, and bonhomie. The bar area was hopping, the dining room was packed, the vibe was electric, and with Osman as emcee—the L.A. native, a professional actor, is one-man theater—the ensuing fantasy did not disappoint.

Here we met Gina Coleman, middle school principal in Pittsfield, mother of two, and lead singer of the acclaimed local band Misty Blues, which frequently plays at the Dream Away. Raised by her grandmother in the South Bronx, the Williams graduate (1990) stayed in the Berkshires for the quality of life. “It’s a great place for family visits,” she said, “and an even more spectacular place to raise a family.” 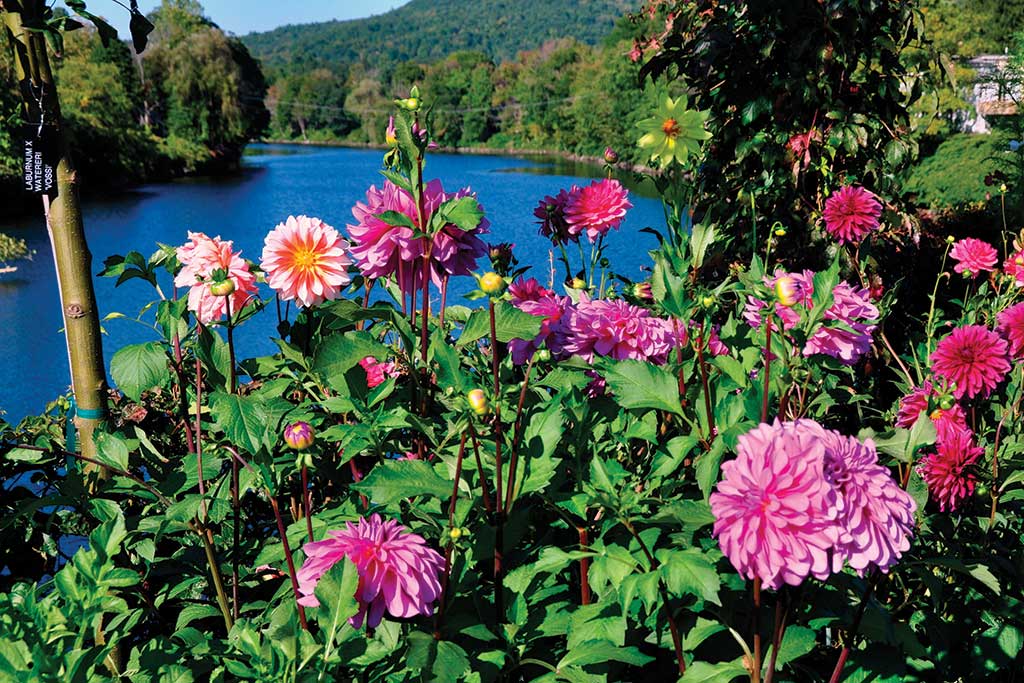 Coleman’s friend justin adkins (he prefers lowercase) was there, too. The self-described “super-out bisexual transsexual” is Assistant Director of the Davis Center, the identity and social justice center at Williams College, and he shared his insight into LGBT life in the Berkshires.

Over cocktails and hearty comfort food from Chef Amy Loveless, who says the Lodge represents “the all-inclusive, all welcoming” spirit of yesteryear Berkshires,” Osman shared his history with our group.

“I came to the Berkshires at the height of the AIDS epidemic, following an acting career in theater that took me from San Diego to San Francisco’s legendary gay company, Theater Rhinoceros, and then New York for 20 years,” begins Osman, who first discovered the Lodge in 1985 while acting at the Berkshire Public Theater. “The place was being sucked back into the forest,” Osman recalls. “Sagging floors, piles of boxes, buzzing neon signs, rusting trucks, and locals drinking long neck Buds on the porch. It was right out of another time, and I was enchanted.”

In 1997, he took over the Lodge. While still occasionally acting, the Lodge is now Osman’s main stage. “No place famed for throwing a nightly party can be too static, so we are sensitive to changes we make to keep the scene fresh and growing,” he says. “Yet, we strive to sustain the ethos and nostalgic sensibility—it’s the fine line of staying relevant in a fast changing world.”

After dinner, we settled in the Music Room, a cozy den of people arrayed on couches, ottomans and pillows; dogs and children milling about; crackling logs; and the music of family trio Seth Farber, his singer-songwriter wife, Liz Queler, and their 14-year old son, Joey. Farber, a two-time Grammy nominee, once played with late folk music legend and civil rights activist Odetta Holmes, also serving as her music director and manager.

Before leaving, Osman introduced Stockbridge-resident Cherisse Charbonneau, who along with husband Gregg, runs the Barrington Coffee Roasting Company in Lee, and Lenox Coffee café, in Lenox.